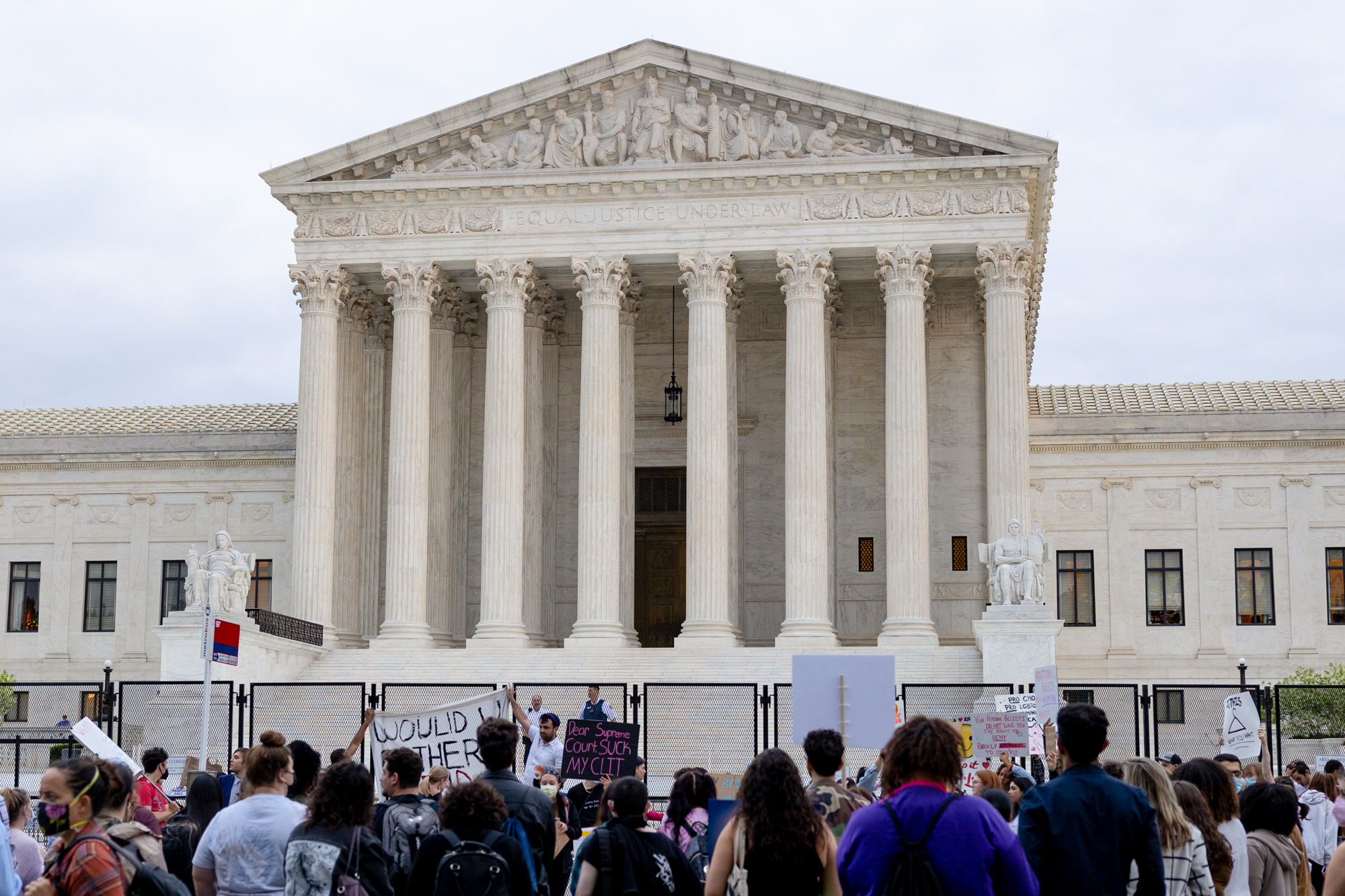 This week, there was something very dystopian about the line, “It is so ordered.”

It’s been written in every order cast down by a court, but on the evening of May 2, something was different about the leaked opinion draft of a case pending in the U.S. Supreme Court, Dobbs v. Jackson Women’s Health Organization. In the draft — which has not been published and does not yet constitute a final decision on behalf of the Supreme Court — it was so ordered that reproductive rights constituted an “abuse of judicial authority.”

There are many problems with originalism and the argument that we don’t deserve rights because we never had them to begin with. But, the true problem here is the Supreme Court is upending the right to privacy entirely.

But if the rights of privacy were protected, none of these things should matter.

So, then, what makes abortion so different from the other issues? Alito cites potentially, it’s the fact that there is a deep national divide over the issue — but therein lies the point: People have differing opinions on abortion, so they should be allowed to choose the path they align with. Ensuring privacy of the individual allows them to carry out this freedom.

While the filibuster — and thus the rights of privacy — hang in limbo, there are also more immediate actions that can be undertaken by President Joe Biden to protect abortion rights. Experts say Biden can really take two main actions: He can either expand other abortion methods or make abortion more accessible on federal grounds.

The first would be done through the Food and Drug Administration, which could issue regulations to expand access to medical abortion, which can allow people to terminate a pregnancy at home in a safe, private matter — up to 10 weeks into their pregnancy.

Experts say it’s even possible to open up abortion clinics on federal lands in areas where abortion would be heavily restricted, to make reproductive care more accessible to people in the area who need it. With both of these methods in play, even if the right to reproductive health care is not present in the Supreme Court’s ruling, people will still technically be able to exercise it.

With most Americans supporting the upholding of Roe v. Wade, there is no question this opinion should never become official in the first place. But if this does happen, our elected officials need to step up to ensure individuals have their right to privacy, bodily autonomy and reproductive health protected. If Roe v. Wade is overturned, some of the most fundamental individual American rights will be called into question.

And when these rights are gone, what rights will be taken next?

With its response to the opinion leak, the Supreme Court proved it cares about privacy to at least some degree, calling the leak an egregious breach, even a betrayal. There is a sad but anticipated irony here, but one thing is clear: In the minds of Americans, the draft being leaked pales entirely in comparison to the words on the page.