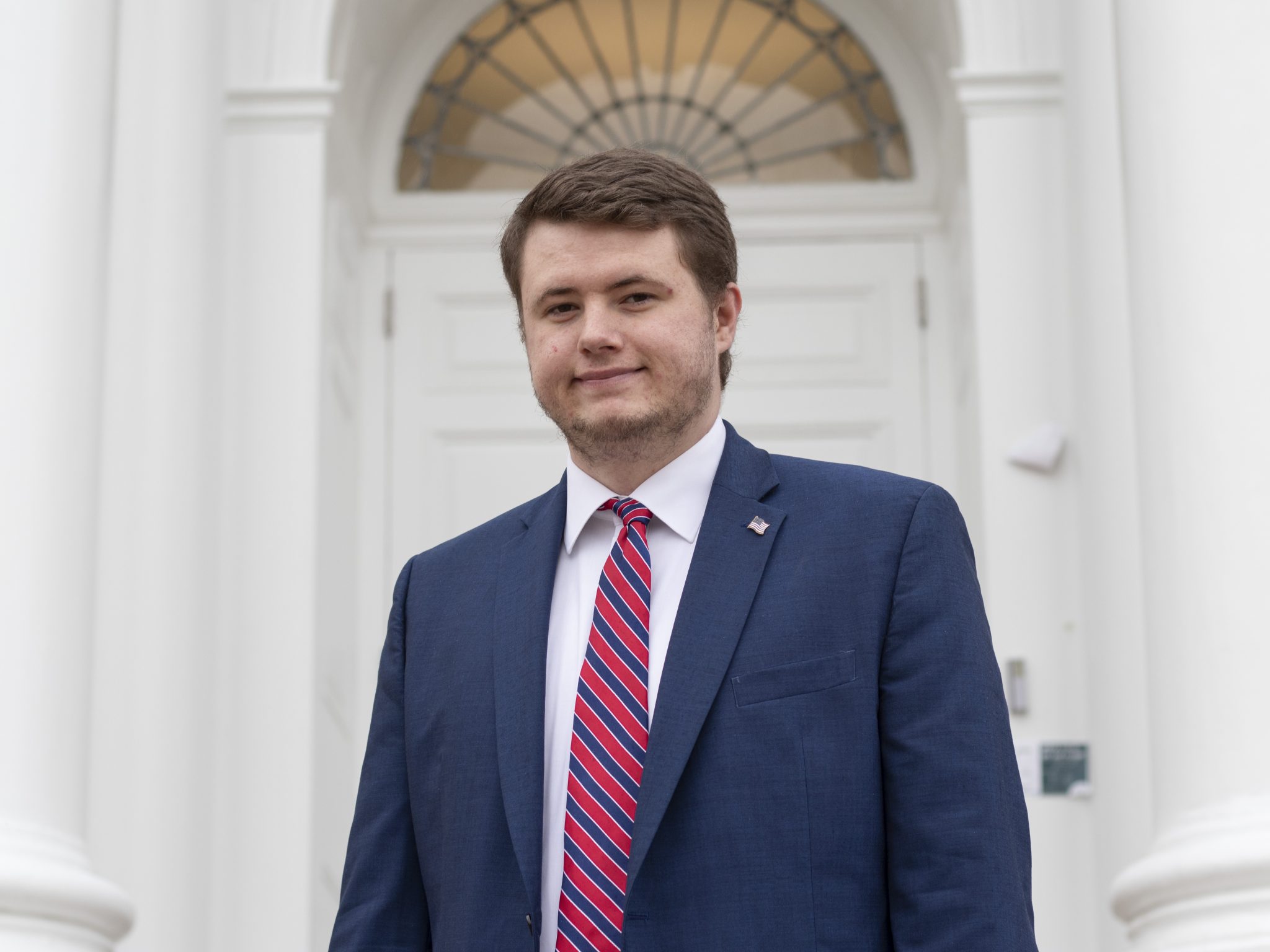 On Aug. 20, 2021, University of Maryland senior Justin Wages filed to run for the Maryland House of Delegates for the District 3 for Frederick.

Wages, a senior management major and a Frederick County resident, said the decision to run for the House of Delegates was something that grew over time. He was involved in politics in high school and became interested in state and local governments back in 2020 when the COVID-19 pandemic was in its infancy.

“That was really the first time in my life I recognized how much influence state and local politics has over your day-to-day life,” he said.

He wanted to get involved after seeing how certain aspects of the COVID-19 pandemic were handled, such as the various times the mask mandates were placed on the state. He questioned if Maryland was better now because of the mandates and restrictions.

“I figured, ‘The best way to control that situation is to go ahead and run yourself,’” he said.

He added running for the House of Delegates would help him become an advocate and help bring change to Frederick County.

According to Wages’ website, there are several issues he feels passionate about, among them an emphasis on “returning to normal.”

He said many of the COVID-19 restrictions and mask mandates in Maryland had “missed the mark,” and the masks did “very, very little” to lessen the spread.

He said the Maryland General Assembly removed the Law Enforcement Officers’ Bill of Rights in 2021, a bill that protects law enforcement officers from prosecution during investigations, according to the Maryland Capitol Police. He said the bill gave police a shield in the instances where a judgment call had to be made.

“It’s going to be less enticing for someone to want to become a police officer,” he said.

Wages said if there are less people in law enforcement, then it would lead to more hours for current workers, resulting in “a higher chance for a lapse in judgment and making the wrong decision in the line of duty.”

Alongside the preparations to run his campaign, Wages is an active member of this university’s College Republicans.

The group’s treasurer, Joe Russo, is also a Frederick County resident. When Wages announced his candidacy, Russo said he was surprised but supportive of the idea.

“I feel like most people our age aren’t as invested into politics to the point that they would run,” Russo said. “I think that’s pretty cool that Justin is that invested in it and that he wants to make that difference in his community.”

Others said they were shocked at the idea of a Republican running in a majority Democrat district. According to Maryland’s State Board of Elections website, there are currently seven Democratic candidates running for the House of Delegates in the District 3.

“Why would you do that to yourself?” Democratic candidate Tarolyn Thrasher asked.

Thrasher said Wages would most likely get the District 3’s Republican votes, “but it won’t be enough for him to get as much as we can get Democrat votes.”

Karen Simpson, another Democrat running for House of Delegates for the District 3, applauds Wages for running. However, Simpson called Wages’ beliefs radical.

One of the issues she specifically finds radical is his stance on Second Amendment rights.

This goes against one of Simpson’s major views on justice. According to her website, she believes if Frederick is truly serious about crime and justice, then those who’ve harmed others should be locked up.

“Most of the individuals who have done mass shootings bought their guns legally,” Simpson said. “Because we don’t have a way in order to prevent people who have been involved with domestic violence or sexual harassment or any other kind of harassment.”

According to Simpson, Wages only speaks for a smaller government and isn’t looking at what Frederick County needs.

“You’re just paying into the government,” she said. “You’re not getting anything out of it.”

Wages plans to push ahead and campaign despite the criticisms.

He said the party that holds the White House often loses a lot of power during the midterm elections. He remains hopeful this election will lean Maryland toward the right.

“A lot of Republicans and independent, unaffiliated voters are going to tend to vote for Republicans,” he said.“Because of the Biden administration and some decisions they’ve made and just the general propensity for whoever’s in the White House.”