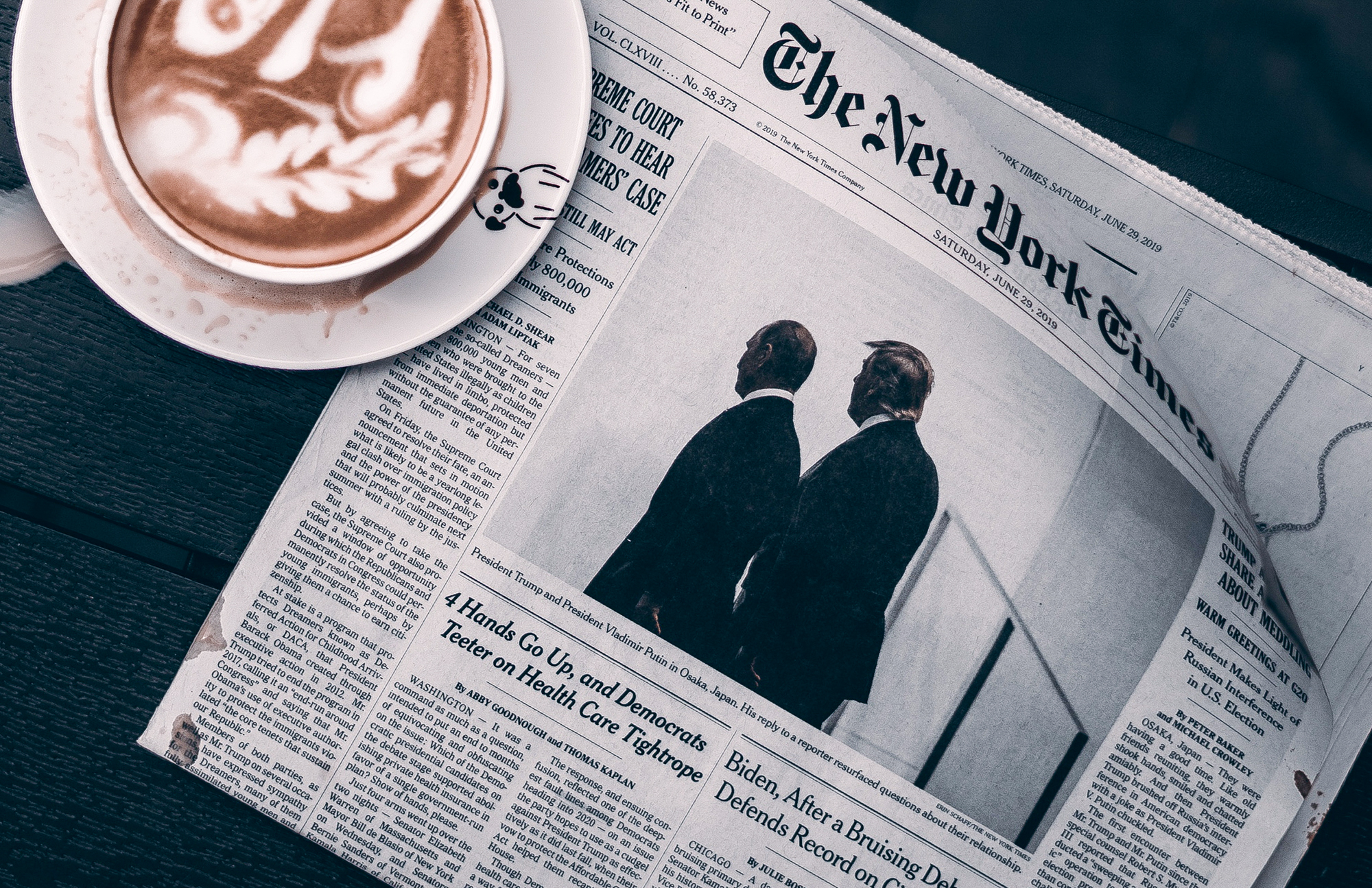 Do you know who you’re supporting in the next presidential election?

Of course, no major candidates have officially declared yet, but major media outlets such as The Washington Post have already given you a slew of options by way of potential candidate rankings for an election that, remember, is still more than two years away. These types of articles haven’t just started popping up recently — they haven’t stopped being produced since the last election ended.

In November 2020, while Donald Trump was still president, CNN had already posted an article speculating whether he would run again in four years and which Republicans will run against him if he does. They are not the only outlet to do this: The New York Post, Politico and several others have as well. Outlets such as The Atlantic started arguing about what the Democrats need to do better in 2024, even though we had a newly elected Democratic president that hadn’t even taken office yet.

Media outlets need to put greater emphasis on the substance of policy rather than how the policies will influence the politics of a future election. People need to know how policy actually affects their lives.

But it’s clear why the media perpetuates this cycle: News networks often get some of their largest audiences during presidential election years. They probably feel like they need to keep similar content coming to retain their viewers or readership. However, too often this constant focus on the horse race between potential presidential candidates frames policy as something that affects politicians’ careers more than the constituents it is targeted at.

Believe it or not, important policy changes happen during the four-year interim between presidential elections. Nationally, there have been policy debates surrounding COVID-19 relief, infrastructure and President Joe Biden’s proposed Build Back Better package. On the state and local level, there are more important issues such as LGBTQ+ rights, reproductive rights and drug decriminalization that could be swayed by the local and state elections coming up this November that do not get as much coverage as national elections do.

While presidential elections are undeniably important, local and state elections will yield policy changes that will be more relevant to our daily lives than a race still years away.

To say these important policies and local elections do not receive a lot of media coverage would be dishonest. Rather, it’s how these events are framed that I have a problem with. When the focus is on the next election, the framing shifts from what the effects of a certain policy will be to how it will shape that next election. When Biden does something, the question is too often, “Will this help him in the election?” rather than “Will this policy help the American people?”

In these articles, major policy issues are discussed only as something that will help or hurt the candidates, not the constituents, whom the policy is actually supposed to be addressing. The election horse race stuff is merely empty calories, especially this early on in the process. People don’t need to know who might run for president so far ahead of time. They will already be hearing about it when candidates officially enter the race — but they do need to know about how a policy change could change the way they go about their daily lives. The media needs to realize constituents benefit from detailed information about the policies that are supposed to address their needs.

By running this type of coverage, news outlets are suggesting the politics of a situation are more important and more valuable to their audience than the policy matters themselves. I myself have fallen into this trap. In a column I wrote last September on the Democrats’ reconciliation bill, I focused more on how the package would affect Democrats’ electoral chances than how much the contents would actually help people. I stand by that argument, but it should have been important to emphasize the success of the Democratic party was not the main reason why it needed to be passed.

The truth is, not only does the endless prognosticating take oxygen away from other important things, but it is also pointless. No one knows what the world will look like in two and a half years. The media needs to change its approach. People’s media diet cannot consist solely of speculation and candidate rankings — they need to know how the issues and policy solutions being discussed actually affect them.