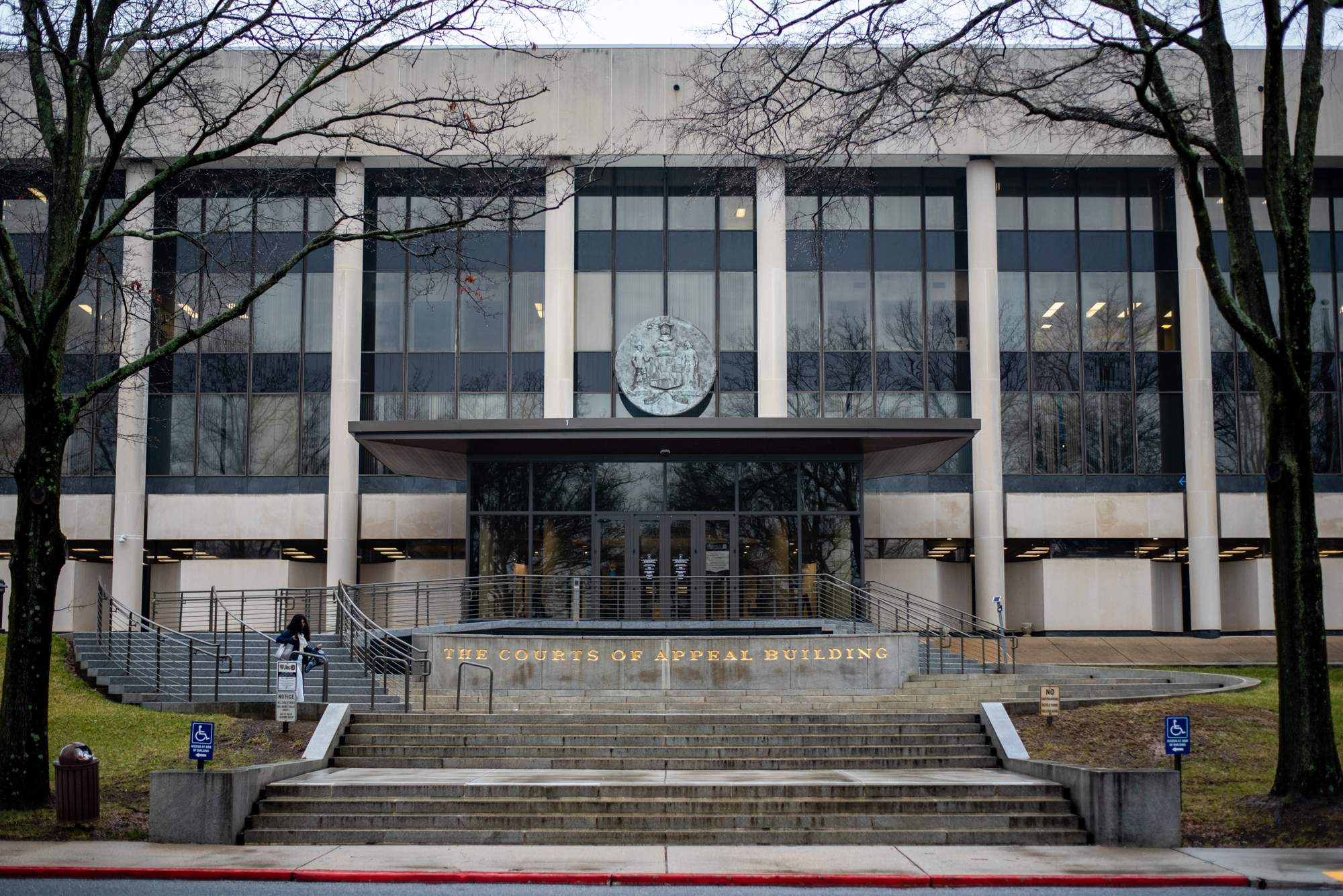 The Maryland Courts of Appeal Building in Annapolis on March 17, 2022. (Joe Ryan/The Diamondback)

Maryland’s highest court upheld the state’s new map of legislative districts in an opinion issued late Wednesday, dealing a blow to Republicans in the state who claimed the map was the product of partisan gerrymandering.

With the map’s confirmation, the filing deadline for Marylanders to declare their candidacy in this year’s elections remains Friday at 9 p.m.

The order confirmed that the rest of the current election calendar stands, with the state’s primary elections set for July 19. The court previously moved back the candidate filing deadline and primary election date to allow challenges to the new legislative map to be heard.

The Maryland Court of Appeals agreed the legislative redistricting map, passed by the Maryland General Assembly in January, does not violate the U.S. or Maryland’s constitutions.

The new map of legislative districts will remain in place until a new one is drawn after the 2030 census.

The decision from the Maryland Court of Appeals came after a special magistrate released a 245-page opinion April 4, recommending the court deny all four petitions against the state’s legislative map.

In a trial before the Court of Appeals last month, Republican challengers to the map contended that the Democrat-backed legislative map violated the state constitution’s requirement of compact legislative districts that respect natural and political boundaries. The special magistrate wrote the petitioners did not prove to the court that political considerations subverted traditional redistricting practices in the state.

In a joint statement, House Speaker Adrienne Jones and Senate President Bill Ferguson praised the court for recognizing that the General Assembly had drawn a map with the interests of the U.S. and state constitutions in mind.

“Democracy has been well served today,” they wrote.

The ruling on the legislative redistricting map came two weeks after the General Assembly was forced back to drafting a new congressional district map. Last month, an Anne Arundel County judge described the map as an “extreme partisan gerrymander” and threw it out.

Fair Maps Maryland, an anti-gerrymandering group backed by Gov. Larry Hogan, who had been a staunch critic of the General Assembly’s redistricting efforts, denounced the ruling in a statement released Wednesday.

“The idea that the same toxic process that produced the unconstitutional congressional map also produced a constitutional legislative map is inconceivable,” Fair Maps Maryland spokesperson Doug Mayer said in a release. “Maryland history will not remember this day kindly.”