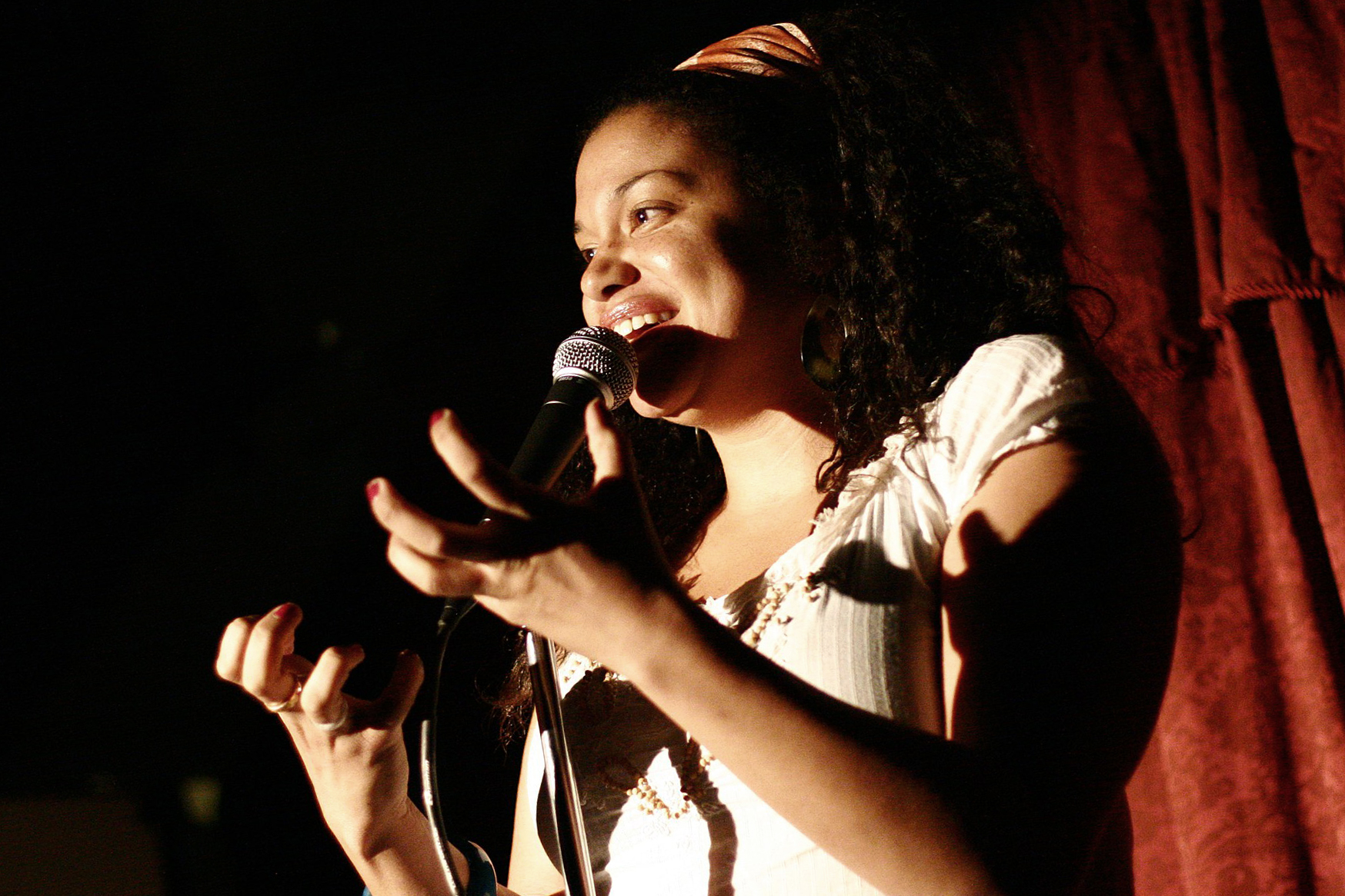 Buteau is best known for her work as the host of Netflix series The Circle and her award-winning one-hour comedy special “Welcome to Buteaupia.” She has also written an autobiography, Survival of the Thickest.

More than an hour before the show started and before doors were even opened, a handful of people showed up to wait in line. Many of them, such as Hadiya Grier, were Buteau’s fans.

Grier said Buteau is one of her favorite comedians because she’s relatable.

“She’s a Black girl like me,” the freshman animal sciences major said.

Alum Ambi Narula is also a Buteau fan and is a comedian herself, performing around the Washington, D.C., area.

“I think she’s a badass,” Narula said. “Her personality on stage, the confidence she has, she talks so openly about herself on stage, I love that.”

Others, such as communication and information science major Samantha Kalibala, were simply curious about the show because they enjoyed attending other events hosted by Student Entertainment Events.

The junior said she liked other events SEE has put on, so she became curious about this show after hearing more about Buteau.

“I’m really excited,” she said. “And I feel like SEE always puts in a lot of effort in selecting their guests.”

SEE is a student programming board that produces and supports campus events. The group hosts art and media events around the  campus such as the annual “Art Attack” and the ongoing Spring Movie Series.

The show began with a first act put on by Brittany Carney, a comedian best known for her act on Comedy Central. She started off the night by talking about what she likes, how she knows the College Park area and her anxieties.

Buteau came on stage to a roaring applause, or what counts as a roaring applause at 7:30 p.m. on a business day. She focused her act on her family, inclusion, love and copious amounts of jokes about weed and sex.

Despite the raunchy topics, she managed to keep the show upbeat and wholesome with fun audience interactions.

Buteau’s own quote sums it up the best: “Open your mind, your heart and your legs to love.”

To wrap up the night, Buteau hosted a Q&A session with the audience where she talked candidly about topics she covered in her autobiography. She talked specifically about her struggles as a heavier woman in America and getting pregnant.

Throughout her entire act, Buteau conveyed to the audience not only her empathy, but also how human and vulnerable she is.

At the end, she said, “Life is black and white, but the in between is where humanity is at.”