Devon Milley to be The Diamondback’s next editor in chief 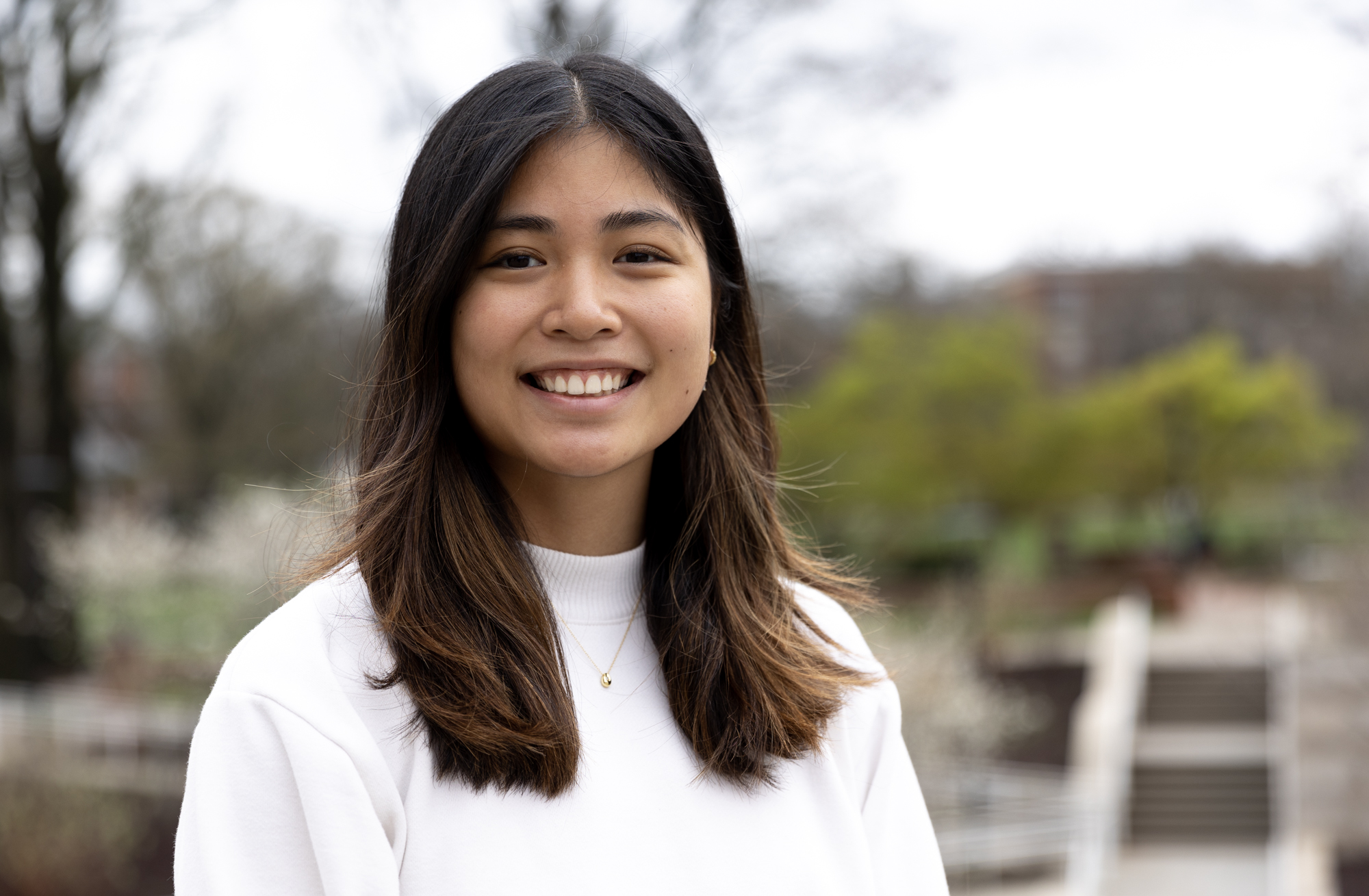 Milley, a junior journalism and information science major, will serve as the editor in chief for the 2022-23 academic year following current Editor-in-Chief Zoe Pierce. She will officially take over the role around April 18.

“I am so excited,” Milley said, adding that when she got the call from Pierce, she began to cry from all the excitement.

When she first began her tenure at The Diamondback as a freshman, she wasn’t sure where exactly she saw her future self in the newsroom — she never expected herself to assume the editor in chief position.

Milley first began at The Diamondback as a copy editor in January 2020 during her second semester as a freshman. She then moved up as assistant managing editor. She is also a part of The Diamondback’s engagement team as a deputy engagement editor.

She served as the co-president and editor in chief at Her Campus at the University of Maryland from 2020 to 2022 and contributed to the Capital News Service in the journalism school as a reporter for the data and graphics bureau.

Milley is familiar with how The Diamondback operates, according to Pierce, a senior journalism and cinema and media studies major. Pierce said that an editor in chief has to have a good understanding of each role and how they can live up to certain standards at The Diamondback. It’s something Milley has a “really good eye” for, she said.

What makes Milley stand out to Pierce is that Milley is a keen active listener, a skill that is important to have as a journalist.

“She has always been super hard working and really dedicated to The Diamondback,” Pierce said. “I think she has strengths that are really important.”

Jon Solomon, board president of Maryland Media Inc., said he liked a lot of Milley’s proposals — particularly her idea to expand the equity committee.

He also added she has good ideas about recruitment and he is hoping it will bring a welcoming environment. With Milley’s ideas, Solomon hopes other students, journalism and non-journalism majors alike, will be able to see that there’s opportunities at The Diamondback.

“We’re very pleased to see what Devon’s able to do,” he said.

Milley is of Chinese descent and is the first woman of color to assume the editor in chief role since Mina Haq in 2017.

“I just hope that I can be a voice for the people of color at The Diamondback and that they trust me to lead the organization forward,” Milley said.

She played a strong role in outlining the 2022 stylebook at The Diamondback as she contributed to certain entries and conversations with the equity committee on how to improve coverage. She thinks that so far, The Diamondback stylebook has done a good job in being inclusive and she hopes to continue and improve on this.

Along with expanding the role of the equity committee at The Diamondback, Milley hopes to address mental health in the organization as well.

“Mental health issues should not penalize you,” she said. “Be there for yourself.”