A guide to winning your March Madness bracket pool 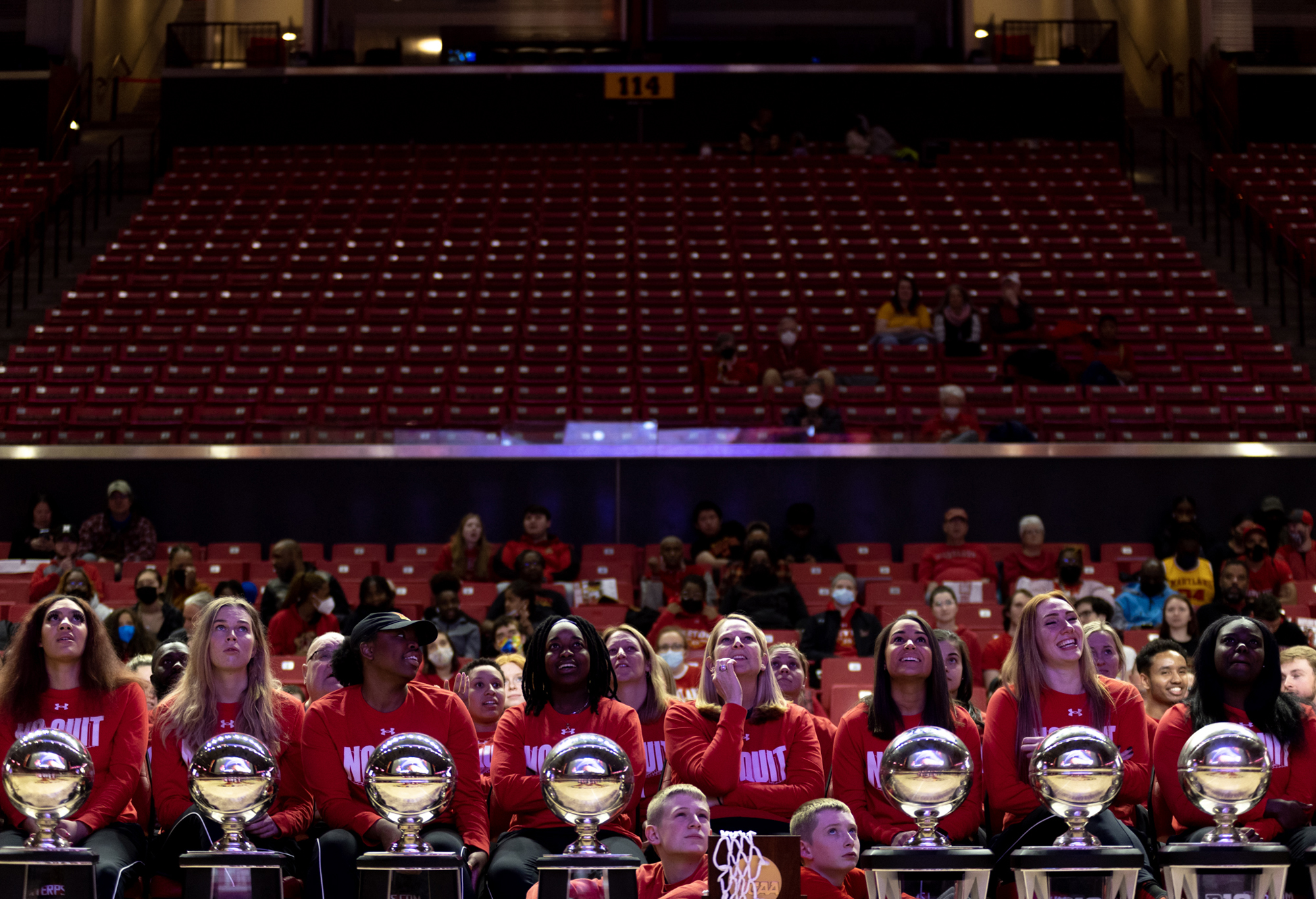 Brenda Frese surrounded by her children, Markus and Tyler, and Maryland women's basketball players wait for their NCAA tournament matchup to be announced on Selection Sunday. (Julia Nikhinson/The Diamondback)

March Madness is upon us, and it’s time for the ultimate fight for bragging rights among casual and fanatic sports fans: bracket challenges and pools.

For the first time ever, the NCAA Women’s March Madness field will include 68 teams, adding First Four games that will take place March 16 and 17. That means there’s even more chances for your bracket to go horribly wrong.

No need to fear! Whether you’re a seasoned pro or a newbie to the world of making a perfect bracket, we’ve got you covered.

So as we all hope to earn eternal superiority over friends, family and coworkers (until next season of course) this March, here’s some tips for picking your bracket.

You win by picking differently

Everyone loves those upsets that seem obvious when the bracket first comes out. There’s a 12-seed the basketball community is certain will take advantage of a team that started the season hot, but cooled down in the final weeks.

However, sometimes it’s best not to follow the rest of the field on upset picks. If everyone in your group picks Florida Gulf Coast to upset Virginia Tech, it’s an opportunity for you to get an advantage by sticking with the higher-seeded team.

A team to watch out for is sixth-seeded Kentucky. The Wildcats were the seventh seed in the SEC tournament after a slow start to the season. However, they’re riding a 10-game winning streak including wins over LSU, Tennessee and No. 1 South Carolina en route to an SEC tournament title.

While it may be tempting to catapult them all the way to the Final Four, remember they’ll likely have to go through Indiana and UConn, two teams that have been much more consistent this season.

If most of your pool sends them to the Final Four and you halt them at the Elite Eight and the Wildcats make an early exit, you’ll have the chance to earn points where others can’t, depending on the rest of your picks.

In the past decade, the Final Four has been all No. 1 seeds just three times. Although you’re likely to see the last four standing have at least two of the top seeds, it’s common to see one or two make an early exit.

This year in particular, the top seeds are as vulnerable as ever.

The four No. 1 teams — South Carolina, NC State, Stanford and Louisville — have combined for 12 losses this season. That’s the most since 2009. It’s only the fourth time the top seeds have combined for 10-plus losses in the last 15 tournaments.

It’ll be tempting to stick with teams such as the Cardinal who have been fairly dominant in the Pac-12 conference this season. But look toward some of the two through four seeds for some good competition.

This could be where you look at a team like fourth-seed Maryland that has had injury issues for the majority of the season, while playing a rigorous schedule to prepare for the tourney.

Be careful when picking your upsets

Yes, we wish every year we could see something the likes of No. 16 Harvard beating No. 1 Stanford in the opening round of the 1998 NCAA tournament.

But odds are it won’t happen. Teams seeded Nos. 14-16 are a combined 1-324 in women’s tournament history. So if you want to win your bracket pool, you should probably avoid picking Montana State to beat Stanford.

If you want an opening-round upset, look to the 10-13 seeds.

The Jaguars have won 19 of their last 20 games, winning the Horizon League Conference tournament and have shown they can compete with high-level competition in nonconference play.

IUPUI narrowly lost to then-No.11 Michigan in overtime in November before a major upset of current two-seed Iowa. While not a lock against a solid Oklahoma squad, the Jaguars have upset potential just as No. 13 Wright State did last year against No. 4 Arkansas.

Not every pool allows for multiple submissions, but if you can make multiple brackets, you should! It’ll give you a couple chances to try out and experiment with upsets.

It’s also perfect for creating your “chaos” bracket. Send Charlotte to the Final Four? Why not?

UConn losing before the Sweet Sixteen? Of course (even though it hasn’t happened since 1993)!

And when one of them inevitably does better than your “serious” brackets, you can feign being a complete bracket genius.

Remember to have fun!

Building your bracket has become an integral part of the communal enjoyment of one of sports’ grandest traditions.

When your bracket ceases to be perfect, remember you’re not out of it just yet. And keep watching because March Madness is full of incredible moments and performances from the many talented basketball players from across the nation.

Lastly, if you plan to wager money on the results of March Madness, do so responsibly. And if you or someone you know has a gambling problem, and wants help, there are information and resources available.