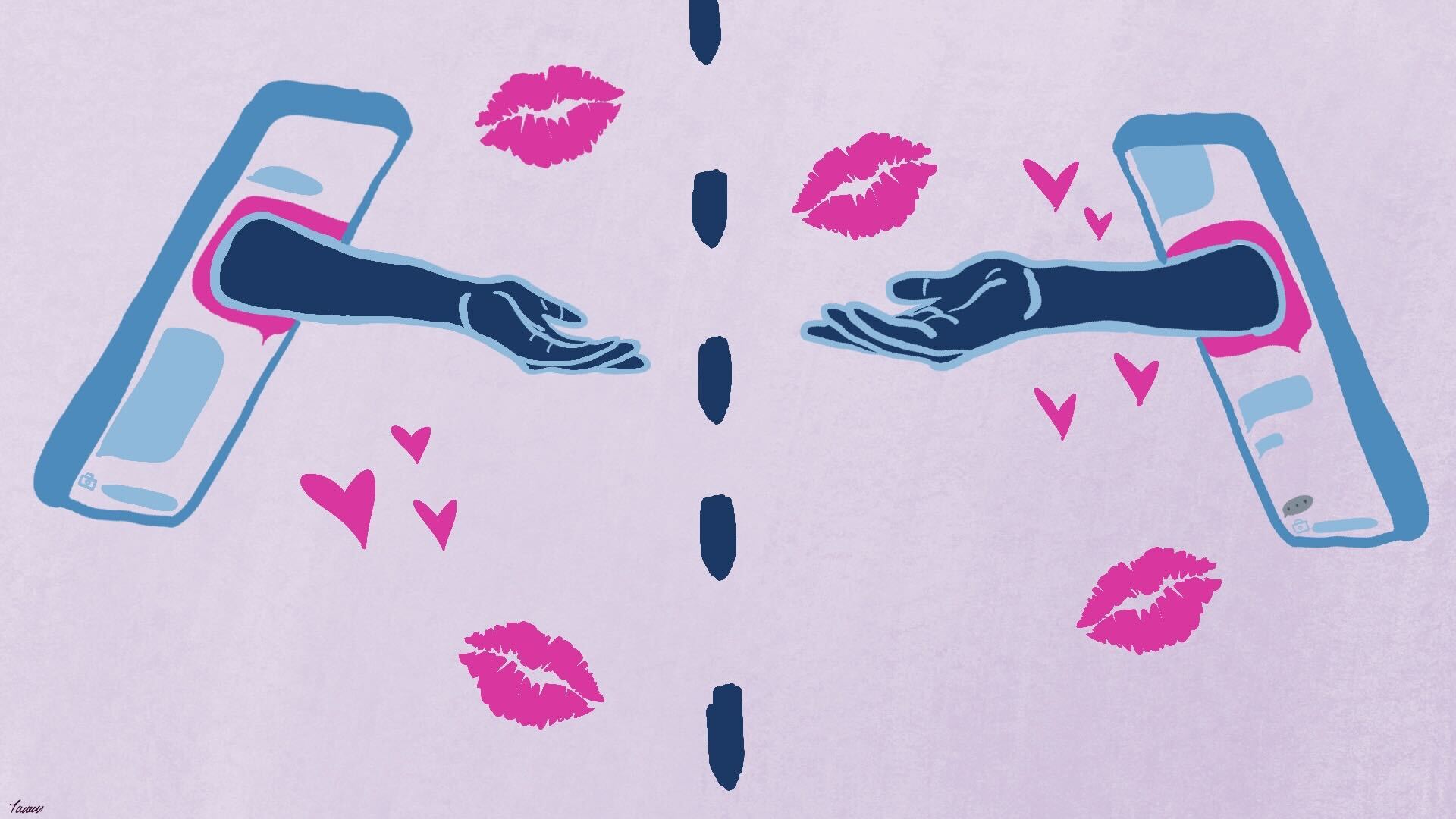 For LGBTQ+ individuals, approaching other queer people on the University of Maryland’s campus can be intimidating, leading many to turn to apps such as Tinder, Bumble or Grindr in pursuit of a relationship or hook-up.

Following the installation of these apps, students have mixed feelings about the success of their experiences.

They explained the struggle of escaping the classic ‘you’re so pretty’ cycle that occurs in wlw, or woman-loving-woman, interactions, where two users will compliment one another but then never speak again.

“I feel like a lot of queer people are just very scared of being awkward, saying the wrong thing,” the sophomore family science major explained. “So instead, they just don’t, they just don’t do anything at all. And I get it, I do the same thing, but we need to trust ourselves.”

Despite the desire to use online methods of meeting people, sometimes the most meaningful relationships are still formed face-to-face. Milliman echoed this sentiment, recounting a recent experience that happened in one of their classes.

“This girl just approached me in lecture and now we’re hanging out. I didn’t expect that to happen,” Milliman said, adding it worked better for them to simply exist on the campus than seek out a relationship online.

Other students feel as if dating apps have served as an appropriate substitute for in-person methods, noting the difficulty of meeting other queer students in public places.

The international business and operations management and business analytics major added to this, explaining an experience he had freshman year.

“There had been times where I had approached other guys at the bar and one time … everybody had something to say walking past us,” Ward said. “And this was freshman year, that’s very foundational to how I feel about approaching people in bars.”

Ward said he feels that “a greater portion of their connections that [queer students have] made romantic or sexually have been made through dating apps,” while “straight people kind of have a little bit more privilege in being able to go into a lot of public places and be able to make those connections.”

Although there are resources on the campus for queer students to interact, “not a lot of people go to them,” freshman Abigail Hawtof said.

They noted her go-to method of meeting people is through mutual friends, adding that dating apps are difficult to keep up with.

“People aren’t super responsive even after you match,” the psychology major said. “It’s also kind of difficult to tell other people’s intentions even if you make your own clear.”