Russian people are not their government. Don’t blame them for the war. 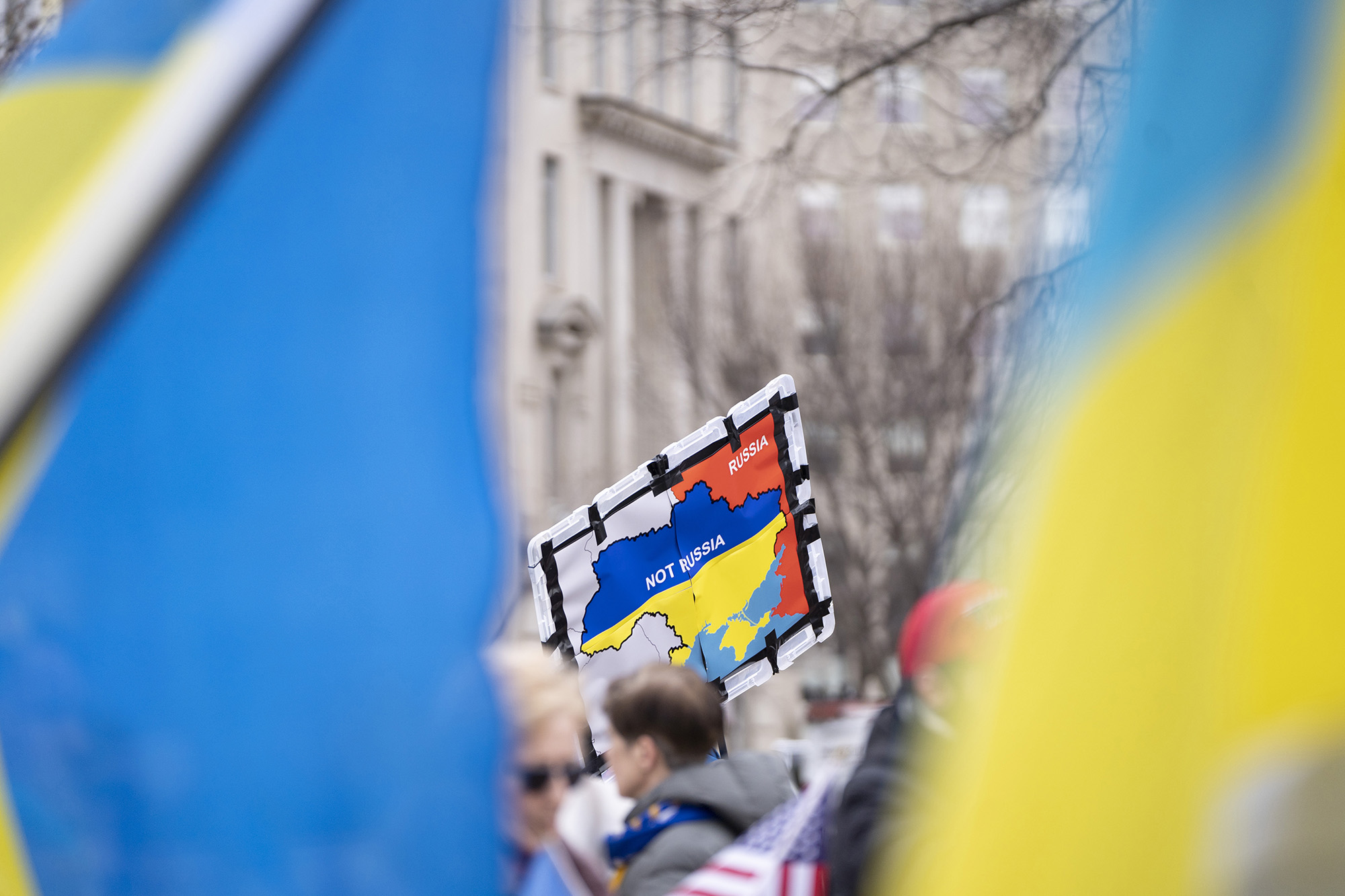 Ukrainian supporters rally near the White House on March 1, 2022. Members of the group have been protesting every day since the invasion and plan to continue, according to the organizer's, United Help Ukraine, Facebook page. (Taneen Momeni/The Diamondback)

CLARIFICATION: This story has been updated to better reflect the origin of the names of the presidents of Russia and Ukraine.

I like to think most people try to stand up against oppressors and bullies when they can. Unfortunately, I’m also a pessimist, so I believe we also take that to the extreme and end up becoming tormentors ourselves.

Currently, as Russia invades Ukraine, many people around the world are doing what they can to support Ukrainians and speak out against Russia’s actions. However, I fear as we unite to support Ukrainians in their defense against the Russian government that some people will go too far and target Russian citizens or Russians abroad in retaliation.

Businesses have pulled Russian vodka from shelves as a way for small business owners to levy small sanctions against Russia, emulating larger-scale global economic sanctions. While a Russian vodka boycott could very well be in this spirit of punishing the Putin administration’s unprovoked invasion of Ukraine, it starts to nudge toward a cultural boycott.

I understand ordinary Russians will suffer in the process of pressuring the Russian government to stop its attacks. However, there is a difference between targeted sanctions on the Russian economy and personal attacks on Russians just for being Russian.

In the U.S., we have an unfortunate history of equating the actions of foreign governments with their people and cultures. This dangerous trend was presented infamously with Japanese-American internment, where 120,000 Japanese-Americans were held against their will in internment camps because of racist sentiments after Japan’s attack on Pearl Harbor.

In the years since 9/11, we’ve seen Arabs and Muslims in the U.S. attacked for their perceived proximity to extremist religious groups and governments.

These separate hate movements are connected by the tragedy of civilians targeting other civilians. When we don’t separate the government of a nation from its people and culture, we become perpetrators of great violence and evil ourselves.

Governments have clear cut stances on issues, but human and cultural relationships are much more complex. The Russian government can decide whether it wants to wipe Ukraine off the map, but a Russian citizen may have Ukrainian family, friends and loved ones. Culturally and personally, the people of the two countries share so much. Even the presidents of Russia and Ukraine, Vladimir Putin and Volodymyr Zelensky, share a name with the same ancient prince.

Just as people around the world have protested against Russia’s invasion, thousands have been arrested in Russia for anti-war demonstrations. The Russian people and their culture are as blameless of this war as any other person and culture in the world.

When most Americans think of Russians, if we look past the recent news and Putin’s bloodthirsty ambition, we see our neighbors, teachers and friends. I think of a former violin teacher born in the Ukrainian part of the Soviet Union who shared his love of Tchaikovsky with me (when he wasn’t busy telling me off for never practicing), and I also think of a girl in high school who would trade me pirozhkis for Chinese meat pancakes at lunch (in hindsight, they’re kind of the same thing). These people and their culture enriched my life and all of our lives. They are peaceful and ordinary, not the perpetrators of a war in Ukraine.

It is incredibly easy for words that are slightly off the right track to snowball into violence against select groups. Given the current political environment and foreign events, we must all be careful of what we say when we voice our support of Ukraine, lest our words be twisted to harm ordinary Russians or Russian Americans.

People with Russian heritage have nothing to do with the Russian government declaring war on Ukraine. It’s easy to select a population to scapegoat, but that would make us hardly any different from the real oppressors.