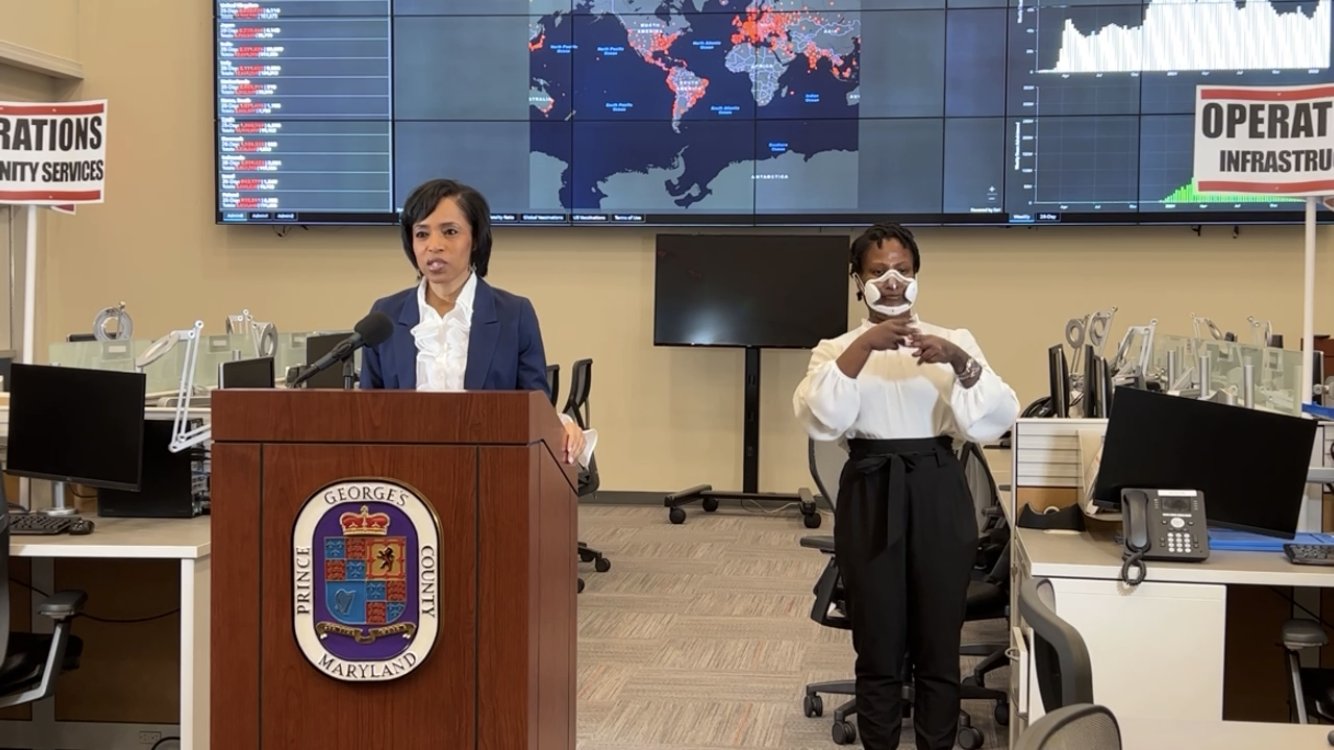 The county has the lowest transmission rate in Maryland at 44.98 cases weekly per 100,000 residents as of Friday morning, Alsobrooks said.

Prince George’s County is the only county in the state considered to have a “moderate” transmission rate by the Centers for Disease Control and Prevention’s guidelines, according to Alsobrooks.

“We have also seen a remarkable turnaround from where we were at the beginning of the pandemic, even where we were actually a few weeks ago,” Alsobrooks said.

Based on vaccination rates and levels of spread in the community, the county felt it was safe to lift the mask mandate, according to Alsobrooks.

“We are continuing to make every decision based on the safety of our residents,” Alsobrooks said.

The mask mandate remains in place for public transportation due to CDC guidance, according to Alsobrooks.

Students may remove masks while outside for recess or spring sports, Goldson said.

The Maryland State Board of Education voted to lift the statewide school mask mandate, allowing local school boards to make their own decisions, at its meeting on Tuesday.