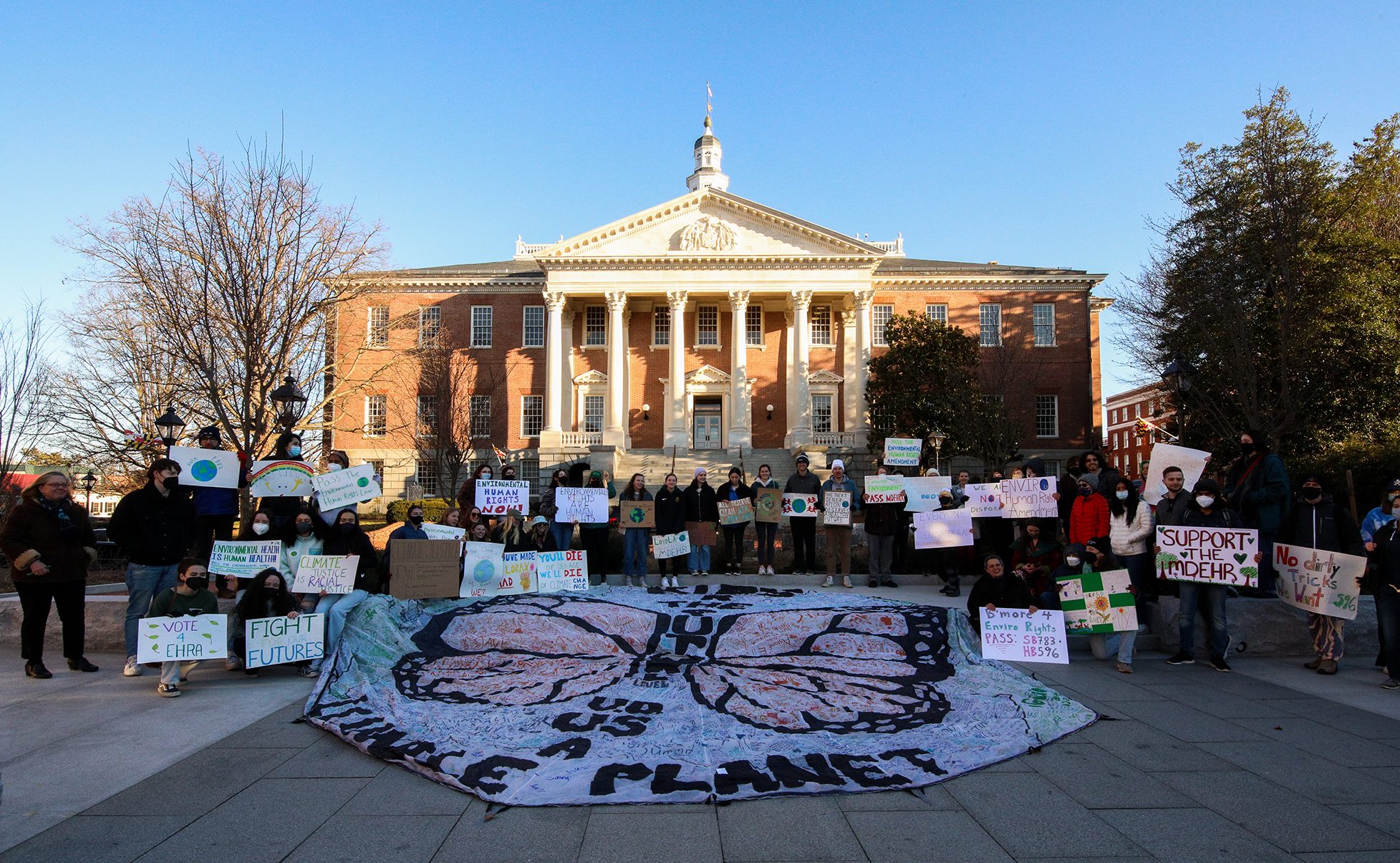 College and high school students, as well as other advocates of the Sierra Club gather in front of the Maryland State House in Annapolis, Md. on Friday, Feb. 18, 2022. (Taylor McLaughlin/For The Diamondback)

The cold February wind roaring around them, students, politicians and activists gathered at the Maryland State House in Annapolis, urging legislators to pass the Environmental Human Rights Amendment.

If passed, the proposed amendment will “protect each person’s right to a healthful and sustainable environment,” according to the Maryland Campaign for Environmental Human Rights.

Speaking in front of the crowd, Greene addressed key local issues. One of the most polluted rivers in the United States, the Anacostia River, starts in Prince George’s County and runs through Washington, D.C., into the Potomac River, negatively impacting the populations that live around it.

“We should not have to beg for a healthful environment. It should have been handed to us,” Greene said. “We are overwhelmed. We are tired. We are scared. We have had enough.”

Among the attendees were Delegates Gabriel Acevero (D-District 39) and Linda Foley (D-District 15).

As a member of the Environmental and Transportation Committee, Foley welcomed the crowd to Annapolis and spoke to the importance of the rally and student activism.

“We have to make sure that we can shine these rights in a document that’s gonna go on after all of us, because it’s not just your generation, it’s generations to come,” Foley said.