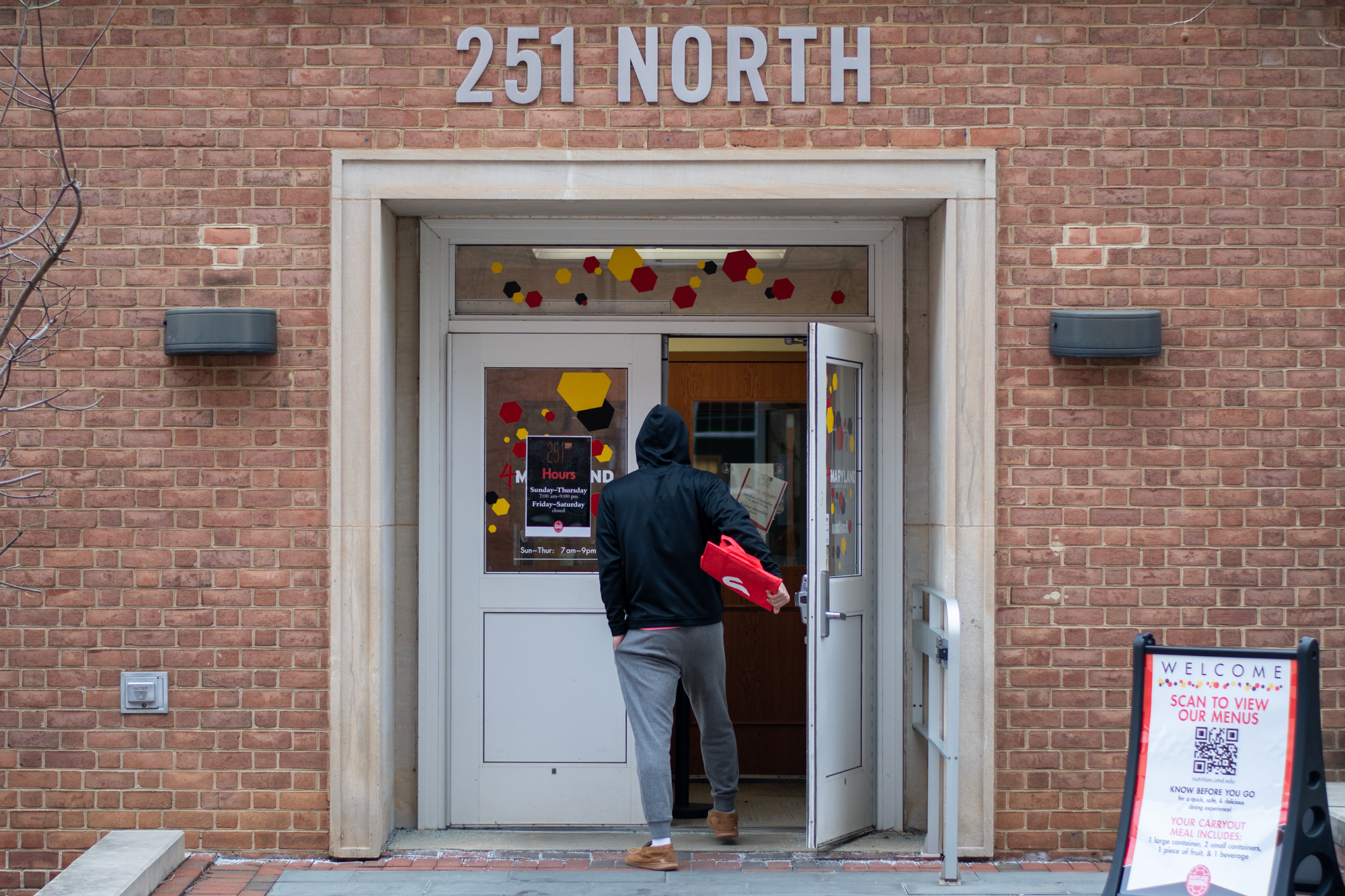 The University of Maryland’s 251 North dining hall, located in the Denton Community, was out of compliance with two health code items after a Prince George’s County food service facility inspection.

The dining hall was deemed unsatisfactory in two of 15 categories outlined in the state health code: cold holding temperature and food contact and surface equipment.

The investigation was launched after a complaint was filed by someone who became sick from eating food at the dining hall. According to the report, the complainant had a cheeseburger with lettuce, onion and fries.

The county inspector reported a pan of cheese was kept outside of the proper storing temperature for less than four hours. The contact violation was corrected on the spot, according to Dining Services spokesperson Bart Hipple.

Additionally, the cold well at the West Deli food station was “lacking all components to adequately keep food items cold,” according to the report. The inspector informed the operator not to use the equipment until the required components were placed in the unit.

Hipple said in an email that they have been following this instruction.

“We were not using that well and do not plan to use the well. The notation was made because the well looked like it could potentially be used,” he said. “We have ordered a cover for it so that there will be no question.”

Complaints of potential foodborne illnesses were also expressed informally on social media platforms such as Reddit, although it is unclear whether the complaints are related to the report’s findings.

On a forum in this university’s subreddit, one user shared how they and another person on their dorm floor developed food poisoning after eating at 251 North. What they found more concerning was that the two individuals took food from different stations.

Food poisoning is a type of foodborne illness that is wrongfully, but commonly used to refer to symptoms such as nausea, vomiting and diarrhea. However, food poisoning actually refers to the food that is contaminated with toxins, leading to an individual getting sick.