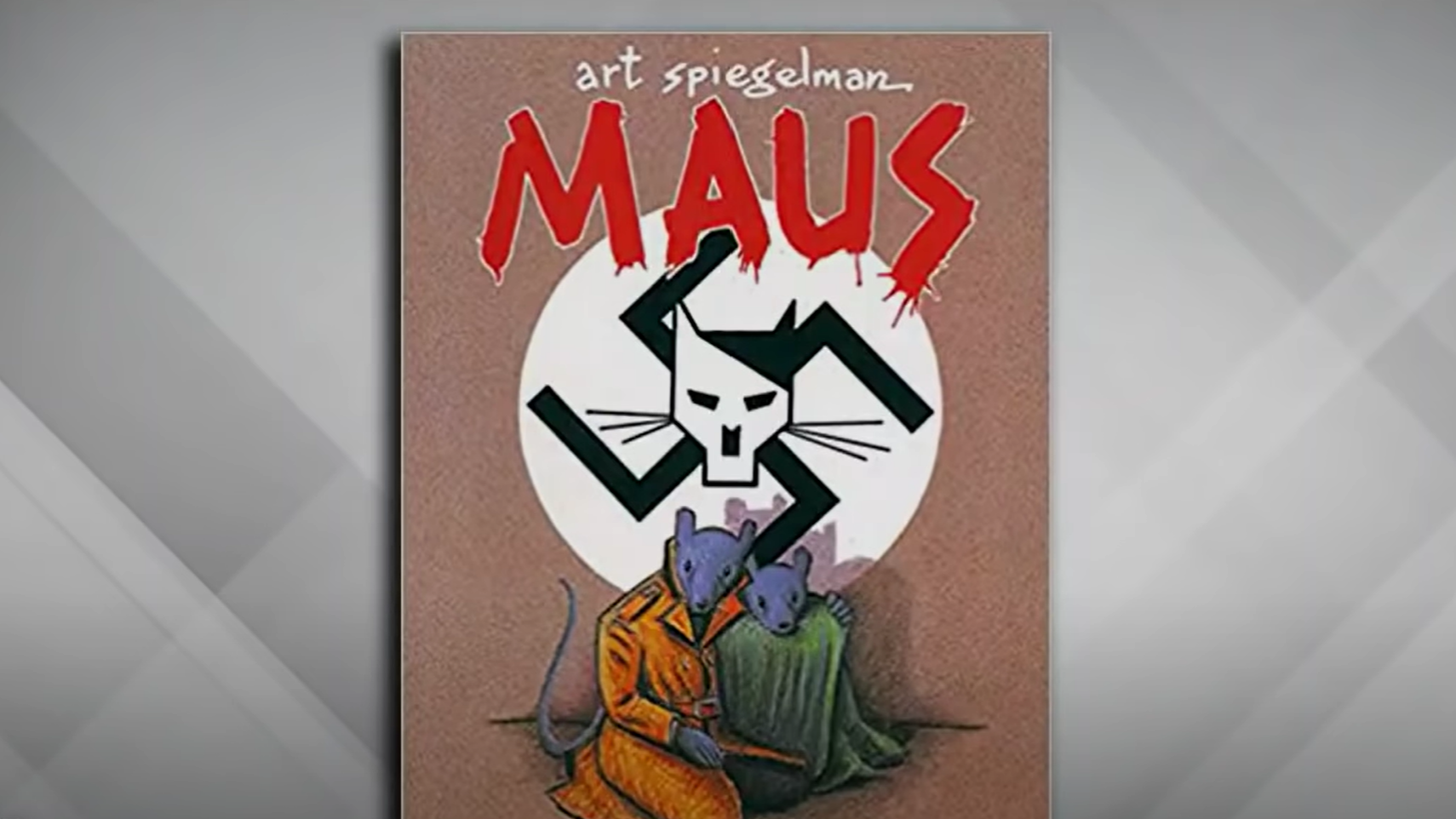 Maus, a graphic novel about the Holocaust, was banned at schools in McMinn County, Tennessee. (Screenshot via YouTube)

Whoopi Goldberg, one of the hosts of The View, is currently under fire for making inaccurate comments about the Holocaust on an episode of the show that aired last week.

Goldberg has since apologized, recognizing the ignorance of her statements and admitting she “stand[s] corrected.” Of course, the Holocaust was certainly about race: Hitler sought to “purify” Germany, believing Jewish people could never be true German citizens and dividing groups into “high” and “low” peoples based on their race. He not only categorized Jewish people as a “low people,” but other marginalized groups such as LGBTQ+ individuals, the Slavic people, people with disabilities and more.

So, to say the Holocaust “isn’t about race” isn’t just inaccurate, but also dismissive of the issue at hand. Sure, you could cite the Holocaust as an example of “man’s inhumanity to man,” but the deaths of six million people, the losses millions of families have grieved and one of the most abhorrent pieces of our world’s history are far more than just an example or citation. The racist, horrific ideology behind the Holocaust shouldn’t be used as day-time television commentary, especially when the commentary is wrong.

Goldberg’s comments clearly come from a place of ignorance rather than malice or antisemitism. However, banning books that reflect the important truths of the Holocaust is detrimental to education, especially Holocaust education. By banning books and telling an incomplete account of the Holocaust, students are not learning crucial parts of history that could help lessen discrimination — they are learning fiction.

Goldberg’s commentary is a concrete example of the problems that stem from the very topic the hosts of The View sat down to discuss: the banning of the graphic novel Maus at schools in McMinn County, Tennessee.

Maus, by Art Spiegelman, tells the story of his Jewish parents’ experience living through the Holocaust and how that impacted his own life. The book was banned from an eighth-grade language arts curriculum because of its “unnecessary” profanity and nudity, as well as its depictions of violence and suicide. The board asks that the same educational goals be met — just through works that are more “age-appropriate.” There are glaring, infuriating problems with this.

First, if we’re teaching students about complex issues through an “age-appropriate” filter, are we really teaching them anything at all? It’s impossible to accurately relay the complete and true history of genocide without including disturbing or violent topics.

Second, it’s dangerous. Without access to complete, authentic accounts of infamous events such as the Holocaust, events like it can start to feel distant. Consequently, this can lead to people not knowing the realities of how horrible the Holocaust was, or thinking antisemitism is a problem of the past.

It’s also worth noting Nazi Germany banned books to promote the martial spirit of the nation and prevent writers who were “racially impure” from garnering an audience, a fact that becomes even darker when compared to the school board’s current decision.

It’s painfully ironic a book about genocide has been banned for depictions of profanity and nudity. If the school board thinks its students cannot handle those elements, it’s clear the school board is making no pledge to fully and accurately teach its students about the Holocaust. Although the board wants to “accomplish the same educational goals” with other works that are “age-appropriate,” education doesn’t come from censorship, excluded details or a more comfortable version of the truth.

Misinformation comes from that. Beliefs that the Holocaust and antisemitism are distant parts of our past come from that. Apathy comes from that. If this school board is willing to ban a book about the Holocaust, why wouldn’t it and other people in power ban books about “sensitive” topics such as racism, ableism or other forms of oppression?

If we ban Maus in schools to teach students a censored, simpler story of the Holocaust, students are not learning about the reality or the gravity of its history. Instead, they are being fed a fictionalized version of it — which, ultimately, is not history or education at all. This lack of education harms all students, Jewish or not. It leads to boldly irresponsible decisions like that of the McMinn County School Board and deprives students of knowledge, rather than educating them.