Black History Month should be a catalyst for change, not a commodification of history 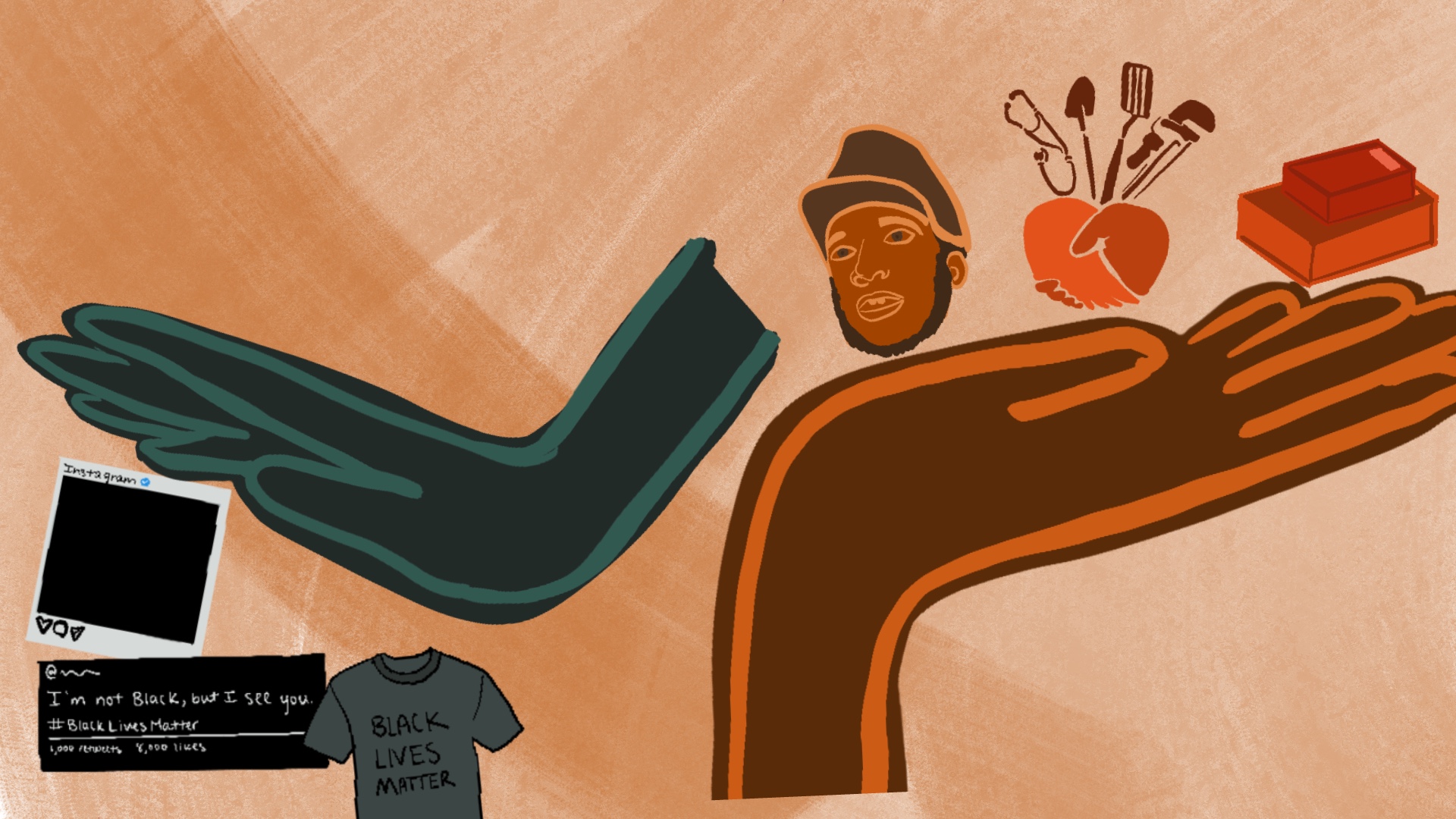 Black History Month has always made me feel a little conflicted. On one hand, it is a nationally mandated, structured opportunity to discuss the historically painful, brutal realities of Black life in the United States. It can be a space for education and inspiration, like it was for me at a young age when I was presented with accounts of heroism from people who looked like me. On the other hand, its very structure has sucked the life out of a collective celebration of the Black American existence and rendered it meaningless.

You know the drill: politicians, corporations and even literal fictional characters will all lift up their voices to commemorate Black Americans throughout the month. “Black is ____” scrolls on the Amazon home page. Target has Maya Angelou Barbie dolls, and Bath and Body Works threw some ambiguous Kente cloth designs onto its usual products, among many other tongue-in-cheek tokens of “appreciation.”

Streaming platforms put their “Black History Month” movies front and center, depicting scenes of Black suffering in efforts to show just how “far” we’ve come, while leaders on both sides continue to perpetuate the conditions that result in Black pain. It’s become a neoliberal routine — a box to check off for those in the public light to simply maintain reputation. And is the shortest month of the year really an appropriate way to commemorate the very people who were forced to carry this country on their backs for centuries and continue to be marginalized for it?

It is time for a real, collective shift in how we approach Black History Month that accurately preserves the past while planting radical visions for the future.

Contemporary Black History Month coverage tends to use the early civil rights movement as a primary reference point for conversation. While obviously significant, I think it would better serve Black people, especially Black kids, to emphasize our history doesn’t necessarily have to begin with the Americas. The majority of Black Americans today are direct descendants of displaced and enslaved West Africans, and it’s OK to say that, even if we’ll never know exactly where.

Yes, we have our own culture and customs to celebrate, but where do we think those customs come from? A centering, or even a simple acknowledgment of our lost history on the African continent could establish a broader diasporic approach to Black history, which could especially benefit young Black people.

The commodification of Black History Month has also resulted in a tendency to skew toward sanitized stories of incredible Black exceptionalism, or “Black excellence.” While it’s absolutely remarkable people such as Rosa Parks, Oprah Winfrey and the Obamas have been able to experience extreme success in the face of racism, my enslaved ancestors’ wildest dreams were likely of peace and solitude, not the existence of a Black elite class to “represent” us.

The entire concept of Black excellence that is so common this month is ultimately harmful because it attaches Black people’s self-value to western, capitalistic ideas of success. There are Black people such as Claudia Jones, Fred Hampton and Kwame Ture who deserve more attention in our Black History Month conversations even if their ‘excellence’ was through nontraditional, radical means.

Aside from education and historic preservation, I think we need to use this Black History Month to alarm low-income Black communities and their allies of the growing momentum of anti-Black policy, because it’s back like it never left (it didn’t).

Conservatives in red states are working to brand any kind of classroom content that truthfully encounters the racist history of this country as “Critical Race Theory,”; HBCUs around the country have been getting bomb threats for days and yet there seems to be no national sense of urgency from anywhere else but the Black community; The expired eviction moratorium is exacerbating the severe levels of housing inequality and rates of homelessness that Black families face. It isn’t enough to passively read stories of the Black elite and watch that collection on HBOMax. This month should be a jumping-off point of resistance to the wave of anti-Black policy that seems to be charging up.

This refocusing of Black History Month won’t happen on its own, especially given how unreliable politicians and corporations are when it comes to backing up their lovely Black History Month statements with concrete action. Starting with strategies like community mobilization, mutual aid and other things that fill in the gaps that Black people still face and pairing them with educational resources is our only real hope.

If not, things will get much worse before they get better. Black people, particularly working-class Black people, are the reason this country stands where it does today, at least economically. T-shirts and tweets are no longer sufficient, especially after white people realized this country was actually still racist in the summer of 2020. While it’s important to keep telling our histories, Black History Month should be a catalyst for righteous anger and grand visions of Black futures rather than a way to appease moderates.