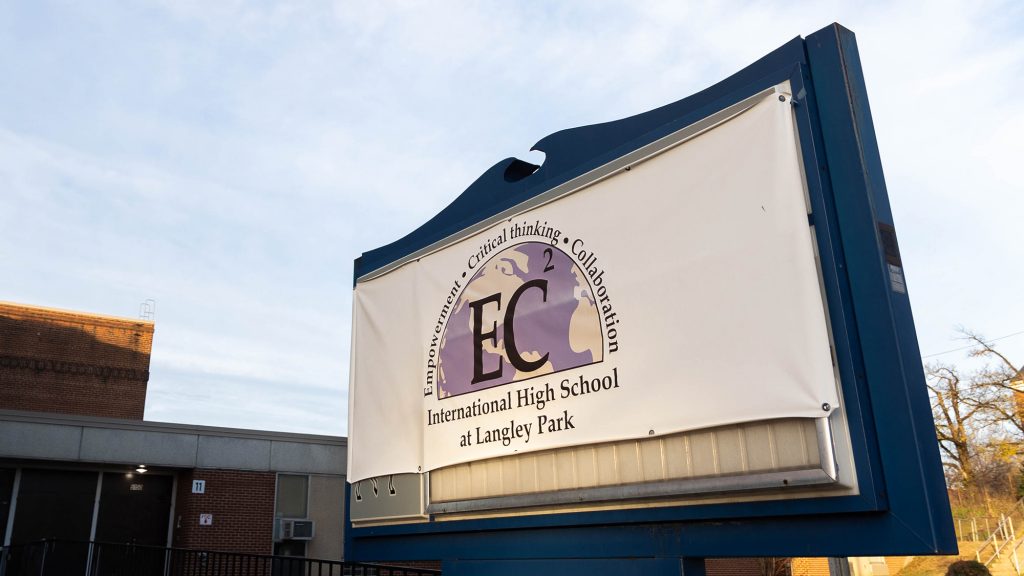 While students and teachers across the world hunkered down for a wave of virtual learning in the height of the pandemic, Keishia Thorpe, a 12th grade English teacher in Prince George’s County Public Schools, had a more pressing issue on her mind.

The pandemic left many of Thorpe’s students at International High School at Langley Park with increased food insecurity. As a result, she developed an initiative called Food4Change, where she delivered food to students in collaboration with the city of Bladensburg.

This attitude of going “above and beyond” for her students has always been characteristic of Thorpe’s career in teaching, according to Dr. Carlos Beato, Thorpe’s former school principal and mentor at the high school.

And it culminated last month with $1 million and international recognition when Thorpe won the Global Teacher Prize — the highest award for educators in the world.

Thorpe was selected from a field of more than 8,000 educators from 121 countries.

The award recognizes “an exceptional teacher who has made an outstanding contribution to their profession,” said the Varkey Foundation, which has given out the award since 2015.

But Thorpe never thought the impact of her life’s work would receive such global praise. Thorpe grew up in poverty in Jamaica, but she and her twin sister left the country when they received track and field scholarships in the U.S. Thorpe graduated from Howard University in 2003 as an English and pre-law student.

From her earliest days in Jamaica, Thorpe’s grandmother instilled the value of education in her life, Thorpe said. That value turned into a passion, motivating her to pursue a teaching career.

Now, she uses her life experiences every day in her classroom, where more than 85 percent of the students are Hispanic and 95 percent identify as low-income, according to the Varkey Foundation.

“When I see the struggles of other students here in the U.S. that have similar backgrounds myself … that reminds me of me,” Thorpe said. “I wanted to help to create a pathway to success for them and open doors that they would never have access to.”

Many students at the school are English-language learners, and Thorpe’s background helped her revitalize the school’s 12th grade English curriculum to be more “culturally competent” shortly after being hired.

“I would characterize Ms. Thorpe as the tough love kind of teacher, where she provides rigor for students in a way that prepares them for real life,” Beato said.

Thorpe’s school is also a community school — a facility with partnerships in the Bladensburg and Langley Park communities to promote academic and nonacademic student success factors, including health care and social services.

Thorpe serves as the community school liaison at the high school and helps coordinate partnerships between local businesses, families and students in need in the school community.

Before Delmis Umanzor, a community school coordinator, arrived in March, Thorpe had already implemented various community school programs and was picking up some coordinator responsibilities. What Umanzor also noticed was how Thorpe was aware of what her students needed in real-time.

“Ms. Thorpe already had a small food distribution with her group of students, and so I just supported her in making it available to all of our families at the school,” Umanzor said. “As a teacher, she’s able to see what the needs are.”

And Thorpe doesn’t stop there. She also helps students through her nonprofit work. Thorpe and her sister also co-founded U.S. Elite International Track and Field, which provides athletes from at-risk backgrounds a chance to compete internationally. The program has helped hundreds of student-athletes attend college without debt, Thorpe said.

Thorpe sees education as a global topic that spans all classrooms and continents and is trying to be the supporter she would have wanted when she was growing up.

“I would have wanted someone to say, ‘You know what? There’s a little girl in Jamaica who wants education,’” Thorpe said. “I’m not just looking out for my students. I’m looking out for all students.”

Now, with her $1 million prize and new global platform, Thorpe wants to “take over the world,” she said, with promoting global education reform and closing student achievement and opportunity gaps as her priority.

“If I am able to have some part in creating that change in the world for children, for me, that would have been a life well spent and a platform well kept,” Thorpe said.