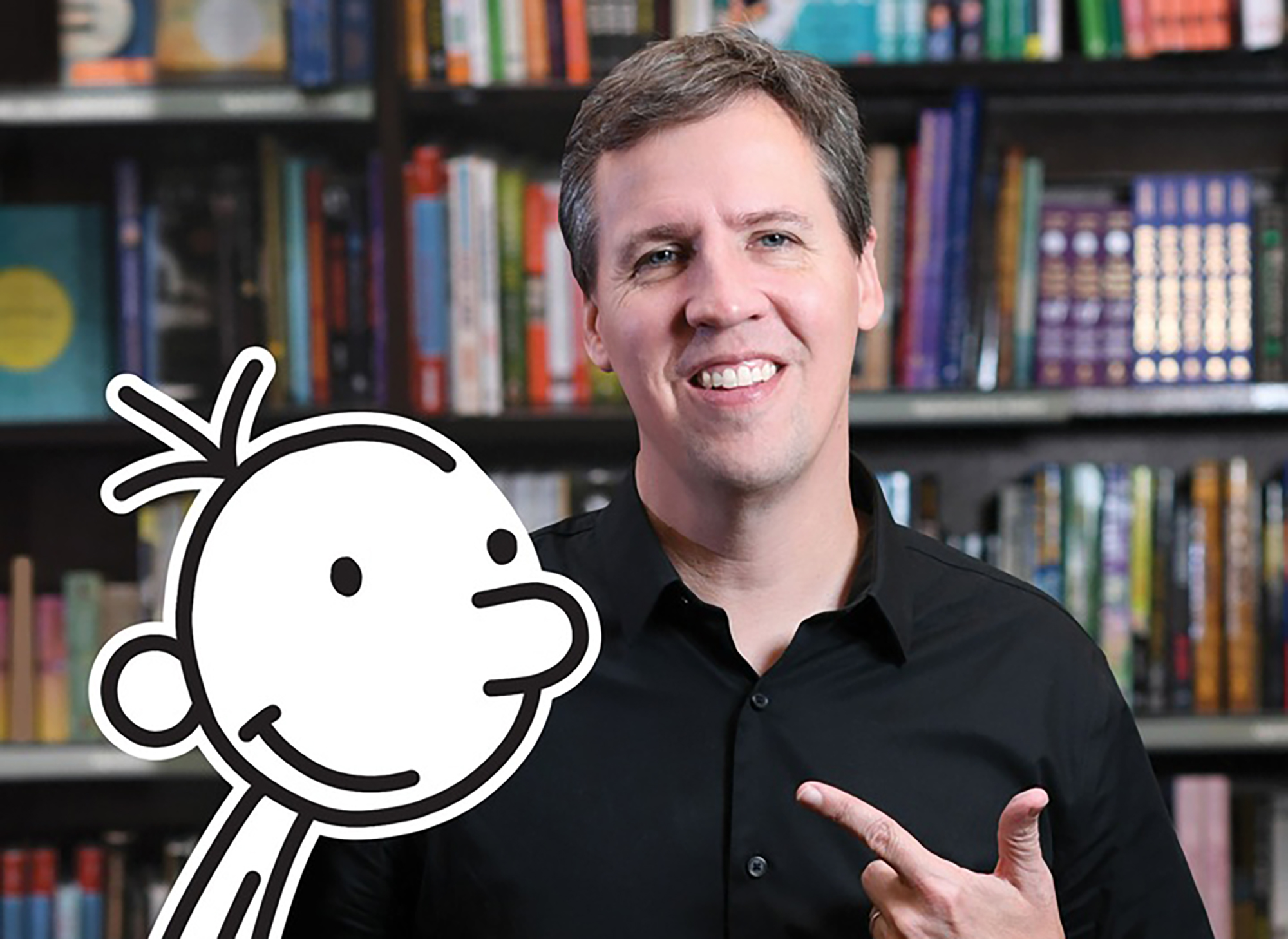 Born and raised by a family of University of Maryland alumni, Kinney is best known for his work as the creator of the best-selling Diary of a Wimpy Kid book series. He graduated from this university with a criminology and criminal justice degree in 1993, and is an alumnus of The Diamondback, where he gained notoriety for “Igdoof” — a comic strip that satirized student life.

Kinney’s journey to speaking at this winter’s commencement started when his son moved on the campus this semester. He was invited to meet with Pines, who he spoke with for about an hour. A few months later, he received an invitation to be the commencement speaker.

“It’s been a really interesting experience for me and fulfilling,” Kinney told The Diamondback. “I feel like speaking in a few weeks here will bring me really full circle back to the campus.”

Kinney has had a busy life since he left the university, working in computer programming, children’s entertainment and architecture, among other fields. He’s working on crafting the advice he would give to the generation that grew up with his books, and believes that students should keep an open mind as they pursue a career.

“The privilege of going to a school like Maryland is that there are all sorts of paths that you can take,” Kinney said.

[UMD’s journalism major is no longer a Limited Enrollment Program]

This university’s campus and College Park have changed considerably since Kinney graduated. He highlighted the changes to downtown, and the increase in buildings across campus.

And although The Diamondback is no longer in print, Kinney said he is still subscribed to the newsletter, and occasionally reads stories that arrive in his inbox. His experiences at the paper were critical to learning about professionalism, he said.

“It taught me — more than anything — how important journalists are,” Kinney said. “I have a deep and abiding love for journalists and journalism because of The Diamondback.”

Kinney’s other accomplishments include getting listed as a finalist among Time Magazine’s most influential people in the world in 2009, winning numerous awards for his booksand creating Poptropica, an online virtual world.

“I have had the pleasure of getting to know Mr. Kinney since becoming president, and I have no doubt that he will have inspiring words of advice to share with our graduates from his time at UMD and beyond,” Pines wrote in the email.

The winter class of 2021 is the fourth consecutive class to graduate amid the coronavirus pandemic. Kinney said  graduates should take advantage of the opportunities that might come from a rapidly changing world.

“Find those areas where the world is changing and try to embrace the change rather than to be afraid,” he said.