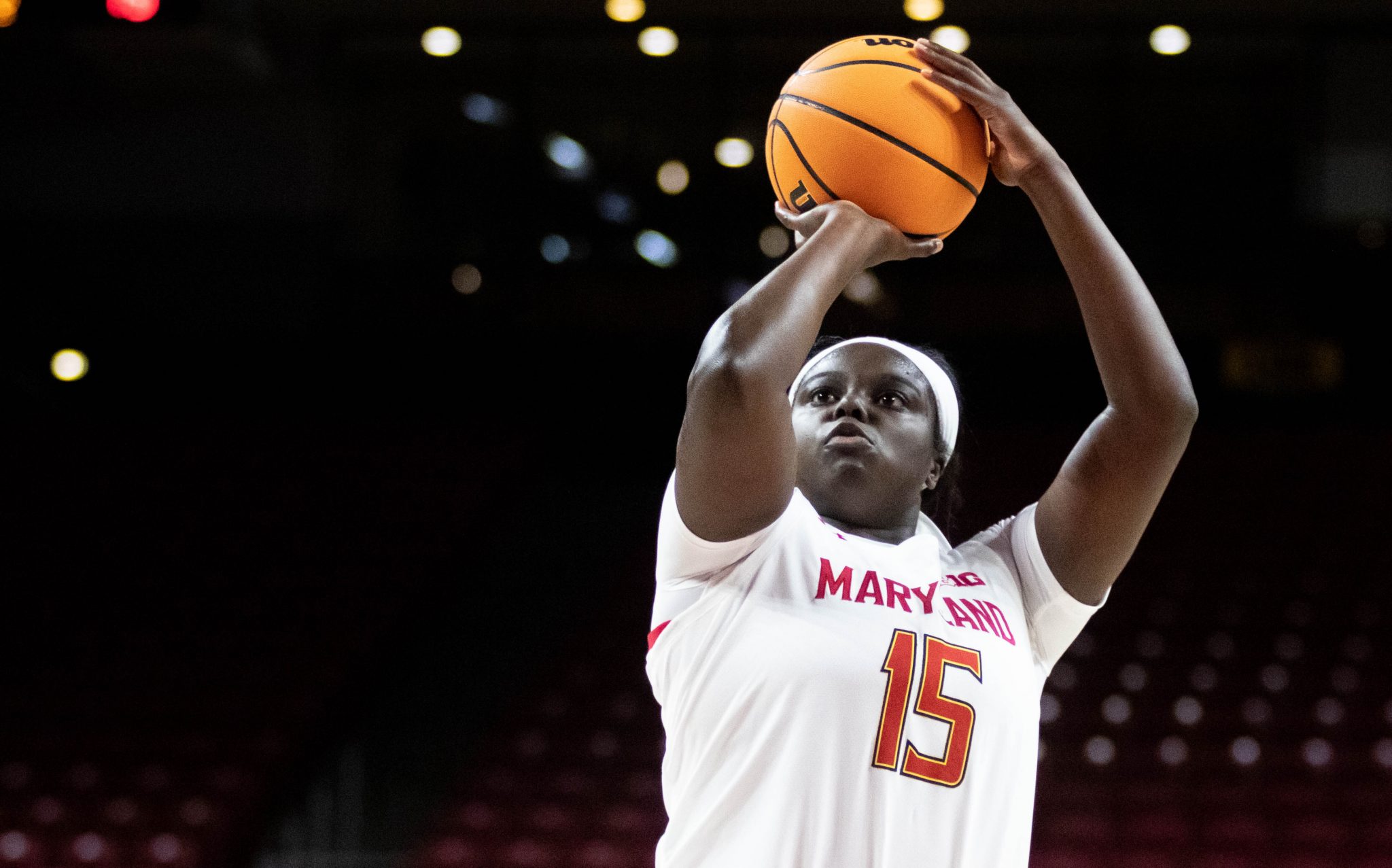 Maryland women’s basketball came into the year hoping to be powered by its two star juniors, Diamond Miller and Ashley Owusu. After just three regular season games, the Terps may be forced to play without either of them.

Owusu rolled her ankle after being tripped up on a fastbreak midway through the third quarter of Maryland’s matchup with James Madison, putting very little weight on her left leg as she was helped off the court. The injury marred what was an otherwise convincing 81-45 win for the Terps over the Dukes.

The team ruled Owusu out with an injury shortly after she was taken off the court. She will be evaluated in College Park.

“With the lead, we wanted to be smart, we’ve got a lot of games coming up here,” head coach Brenda Frese said.

Before her injury, Owusu had dominated in her home state of Virginia. She scored 14 points on 5-of-9 shooting, including a reverse layup for Maryland’s first points of the game just two minutes into the first quarter.

Chloe Bibby scored a season-high 19 points, including an and-one early in the game where she scored off an Owusu feed. She knocked down a pair of threes and was perfect on five attempts at the free throw line.

The Terps’ defense was miserly once again as they shifted to more of a zone scheme. They held James Madison to just 45 points on 32.7 percent shooting, forcing 22 turnovers during the contest. The Dukes shot just 5.7 percent from three-point range.

“Having the six days to prepare, we’ve shown a lot of [man-to-man defense],” Frese said. “I thought defensively, [this] was one of our best communication games. I thought we really found a really good rhythm.”

One of the forced turnovers came when freshman Shyanne Sellers drew a charge, receiving a hearty hug from Angel Reese for the effort.

“It was our defense and our rebounding that I thought kind of separated us,” Frese said.

Sellers and Reese, Frese’s last two premier recruits, combined for 23 points. Sellers showed off her long-range capabilities, making 3-of-7 threes on the afternoon. She also finished without any turnovers despite carrying most of the point-guard duties after Owusu’s injury.

“I’m just excited to be here. It’s really fun,” Sellers said. “I have a great coach and great teammates to help me out and help me evolve my game and understand the game.”

Reese, meanwhile, stood tall down low, tying her career high with 14 rebounds. The sophomore did most of her scoring in the second half, knocking down eight points in the final 20 minutes.

Her eight offensive rebounds contributed to Maryland’s 18 second-chance points. It was a regular occurrence to see No. 10 under the rim, grabbing boards and going back up for a layup.

James Madison attempted to throw a pass over her in a pick-and-roll midway through the fourth quarter, but the sophomore threw her hands up and snagged the pass as if it was intended for her. It was one of her four steals in the game.

The Terps have already had to adjust due to Miller’s injury, and Bibby said they’ve adapted admirably.

“I think everyone has elevated their game [since Diamond’s injury] and has done a really great job through three games,” Bibby said. “That’s something we’re continually working on.”

But now, Maryland could be stretched even thinner if Owusu’s injury lingers, a loss the team can ill-afford heading into a grueling slate of games.