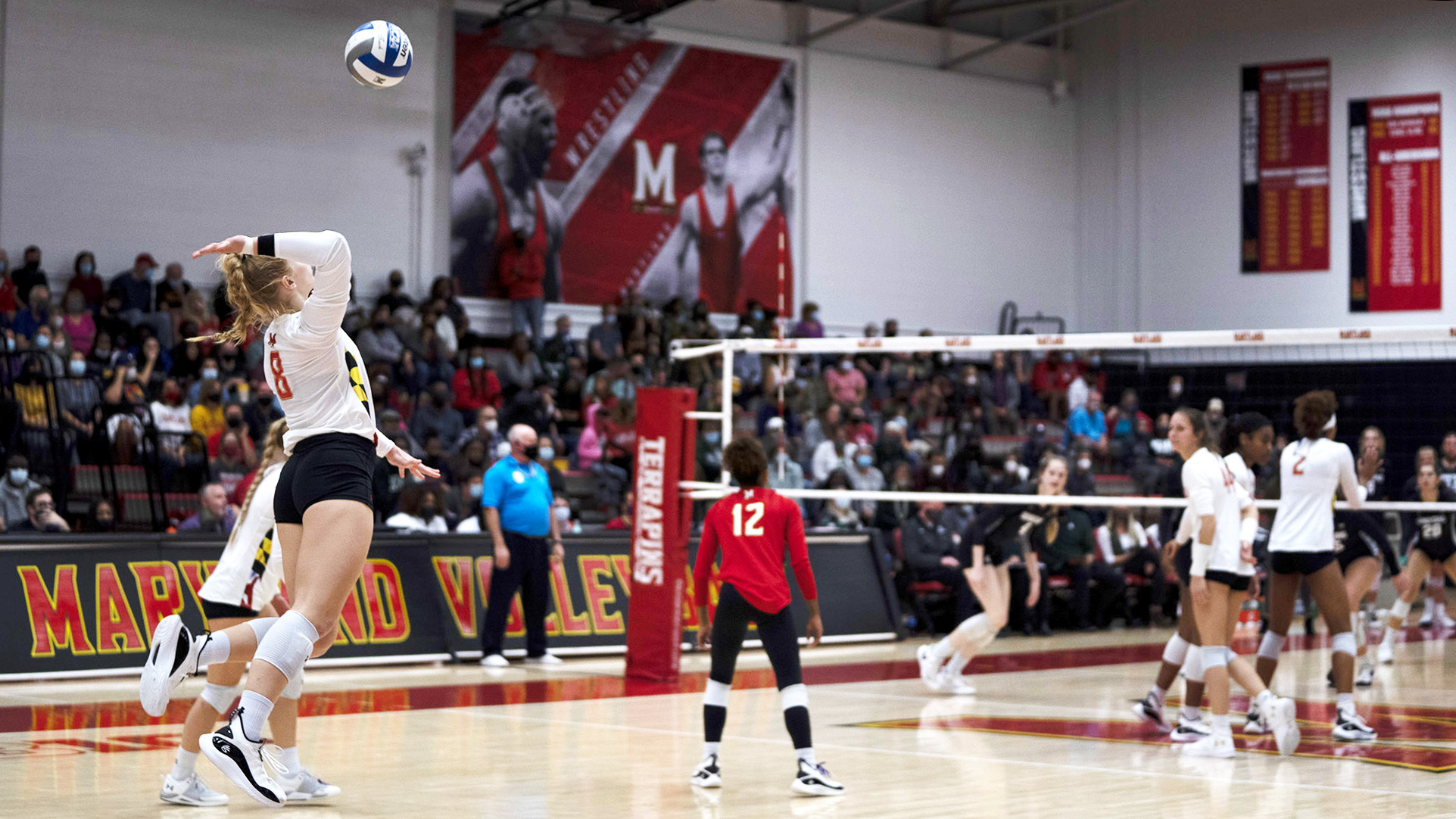 The Terps had pieced together the victory despite a forgettable offensive performance, overcoming an evening riddled with errors to send the Scarlet Knights packing.

“I didn’t think we played very well,” Hughes said following the match. “But happy to get a 3-0 sweep regardless.”

So when Hughes’ squad traveled to Piscataway, New Jersey, for a Sunday afternoon rematch with Rutgers, Hughes’ number one priority was clear — putting together a more efficient performance.

His team answered the call.

After fending off an early Rutgers surge, outside hitter Paula Neciporuka and Maryland gouged the Scarlet Knights’ block with a barrage of offense to open the match. The Terps clocked 19 kills to just two attack errors in the opening frame, waltzing to a one-set advantage with a steady confidence in the face of a dangerous Big Ten foe.

“We remained low error and were pretty scrappy, and that’s the style of play that brings us to our best brand of volleyball,” Hughes said.

Maryland’s effort to keep a consistent pace put the offense in its rhythm early, which spilled over into the subsequent frames. Hughes’ squad committed just two attack errors in the final two sets, finishing with a dazzling .387 hitting percentage to steamroll past a floundering Rutgers squad.

“I feel like the consistency was definitely there when it comes to passing and setting, all of us communicating with each other,” middle blocker Rainelle Jones said. “I feel like being able to play another team twice gives us a lot more room to play our game and not really worry too much about the other team but perfecting what we have.”

Jones, who leads the nation in terms of blocks per set, was able to capitalize off Maryland’s efficient offensive play at the net.

She amassed five blocks in just three sets of action to stifle the Scarlet Knights’ attack, which freed up the offense to continue its aggressive play style. For Hughes, the Terps’ potent defense paved the way for Neciporuka and Sam Csire to cook from the wings.

“I thought they did a good job of leading and not trying to force any mistakes, forcing Rutgers to play with us and just kind of trusting our defense,” Hughes said. “In some ways, I think the defense led to the offense.”

With the victory, Maryland moved to 18-6 on the year — solidifying the most successful season of Hughes’ tenure at the helm in College Park.

But despite all their recent successes, the Terps are keeping their heads down. With five of its final eight opponents ranked in the Top 25, Maryland will look to continue its consistent play into a challenging final stretch.