Black men are a major part of the LGBTQ+ community. Someone should tell Dave Chapelle. 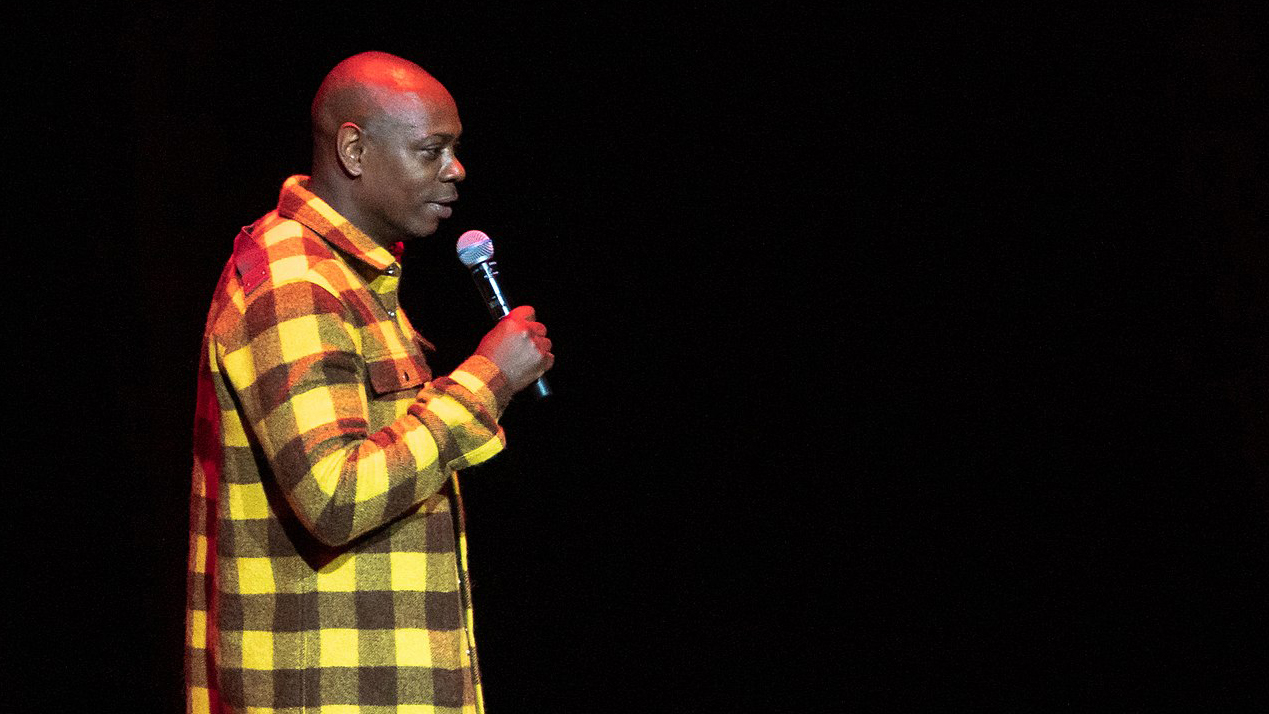 “We Blacks, we look at the gay community and we go, ‘God damn it! Look how well that movement is going. Look how well you are doing. And we’ve been trapped in this predicament for hundreds of years. How the fuck are you making that kind of progress?’ I can’t help but feel like if slaves had baby oil and booty shorts, we might have been free a hundred years sooner.”

This is just a taste of infamous comedian Dave Chapelle’s most recent Netflix special, The Closer. Advertised as another anti-PC, no-holds-barred sendoff from Netflix, the entirety of the special is rife with false equivalencies, scientific misconceptions and straight up hate speech packaged as cool, edgy cultural critique.

Chappelle’s recent remarks and the subsequent backlash he is currently receiving indicate two things. The first we’ve known for ages — Dave Chappelle is a wildly homophobic and transphobic person whose willful ignorance on the matter is frequently rewarded, as his lucrative Netflix contract shows. The second thing is that a sizable portion of the Black population still places value in the old, tired argument that the LGBTQ+ community and Black community are mutually exclusive, diametrically opposed bodies.

The origins of this particular argument are debated, but it rose to prominence during the post-Civil Rights, New Left liberation movements. Black spiritual leaders essentially accused white LBGTQ+ folk of co-opting the work of the Civil Rights movement and using it to make strides for themselves while leaving Black people behind. The argument hasn’t changed — it’s just been updated with a modern messenger who “[has] never had a problem with transgender people … my problem has always been with white people.”

I think there’s some validity in Chapelle’s criticism of the often problematic racial dynamics within the LGBTQ+ community, particularly as a political entity. Racism is as prevalent in white LGBTQ+ spaces as it is in straight spaces, from casual discrimination on dating platforms to active bigotry in real life. Furthermore, some white LGBTQ+ folks tend to think their access to whiteness and their capacity for racism is “canceled out,” or at least alleviated, by their marginalization.

What Chappelle proceeds to get horribly wrong is his blanket conception of the LGBTQ+ community as racially and politically monolithic. With just a little bit of Googling, even Chappelle could understand that Black people are and always have been members of the LGBTQ+ community while simultaneously fighting racism and homophobia, the latter of which often came from other Black people.

What does Chappelle have to say of Black LGBTQ+ people such as James Baldwin, Audre Lorde and Marsha P. Johnson, all of whom have done more for both communities than Chappelle could even imagine? His pitiful lack of range is even more damning when you realize he was raised by his well-off, well-educated and politically active parents in Silver Spring, Maryland.

The gag here is that those receiving the worst of the racism he rails against are the Black people within these spaces, who Chapelle doesn’t seem to think exist at all. They’re exposed to extreme levels of violence daily and have incredibly low life expectancies, which is only further perpetuated by Chappelle endlessly ridiculing them in front of thousands. By refusing to acknowledge the basic reality of being both Black and gay, whatever cultural critique he was trying to make, if any at all, only does harm to the Black LGBTQ+ folk he claims to have no problem with, making him no better than the racist white folk he crusades against.

Activist Raquel Willis puts it simply: “It’s convenient for Black cishet male comedians to talk about LGBTQ+ folks as if our group is only or even predominantly white. With that frame, they don’t have to contend with how Black cishet folks often enact (physical and psychological) violence on Black LGBTQ+ folks.”

Of course, Netflix is handling this horribly. In the face of a walkout, losing collaborators and suspending transgender employees, Netflix co-CEO Ted Sarandos chose to defend the company’s relationship with Chappelle, refusing to consider removing the special and comparing it to another controversial series 13 Reasons Why for some reason.

At the end of the day, Netflix is platforming a historically homophobic, freshly declared TERF and punishing those who respond negatively to that. Even as he begs the LGBTQ+ community to “stop punching down” on his people, he reaps the benefits of his ignorance while “his people” are the ones at stake. It’s well beyond time for the Black community to understand that all Black lives matter.