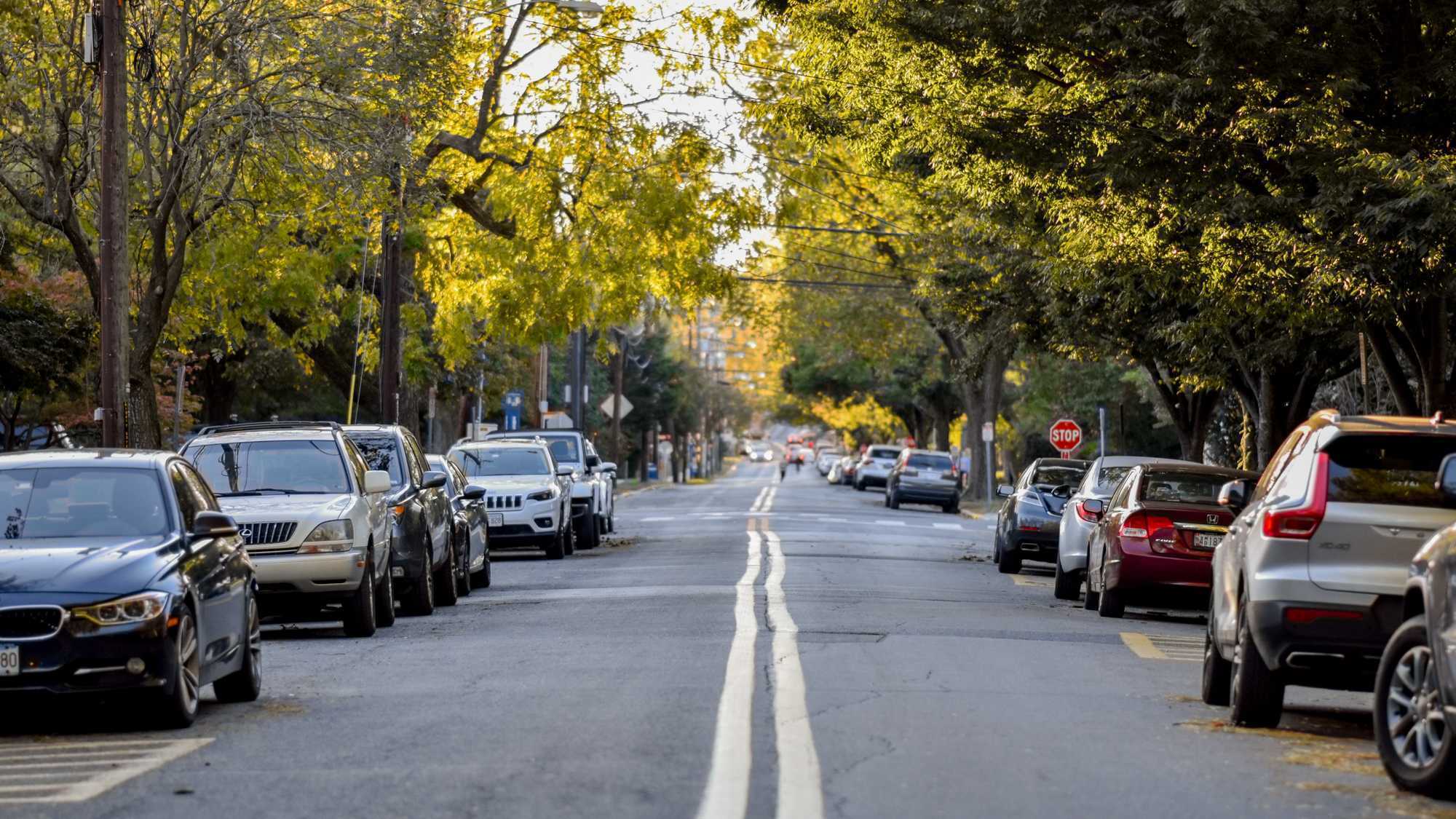 Antisemitic pamphlets were strewn across the streets of Old Town. (Autumn Hengen/The Diamondback)

University of Maryland student Josh Feinstein was walking home in early October, when he noticed fliers on the ground.

Phrases, such as “Jews, international conspiracy, a disgrace,” “Communism: a Jewish conspiracy to grab the whole world” and “Gov’t Jews Murder 20 million” literred the pages of pamphlets, scattered on the streets of Old Town.

The junior international business major said he collected 15 to 20 of the pamphlets that “said these really really heinous things about Jews” and threw them away.

Weeks later, university President Darryll Pines condemned the incident and cited a rise in antisemitic incidents across campus, as well as in the country.

“In light of these events, I feel that I must be very clear: We reject and condemn all acts of hate, bias, and racism against the Jewish community,” Pines wrote in a campuswide email.

There have been 31 hate bias incidents this semester, according to the University of Maryland Bias Reporting Dashboard. Five of these incidents were religiously motivated, according to the dashboard. In light of Pines’ email, some university community members have cited that antisemitism is an active issue on campus.

Hamermesh thought Pines’ email was important support for the Jewish community, but needs to be followed with action.

Arieh Geller, a freshman management major said he was frustrated that it had been almost three weeks for Pines to release a statement about the flyer.

“Jews on campus, although there are a lot of them, are still a minority, and we still face discrimination. It happens on campus and throughout the world,” Geller said. “It’s not talked about as much as other minorities are facing discrimination, for whatever reason, but it’s still very prevalent, and it’s been on the rise recently.”

Nira Dayanim said that the pamphlets demonstrated antisemitism is active on the campus.

“It kinda makes you think about all the little steps people have taken in order to make their hate so outright,” the sophomore journalism and psychology major said. “In order to feel comfortable taking an action like that, you have to really hate somebody, which I think is the case with antisemitism a lot.”

Rabbi Eli Backman, who leads the Chabad Jewish center at this university, said he was made aware of the pamphlets only a few days ago and explained that the university has been working behind the scenes to educate the student body.

“It’s important to remember, too, that this school ultimately is a place of higher education, and education is really the answer to a lot of these problems,” Backman said.

Hamermesh noted that many of the pamphlet’s language dated back to age-old antisemitic tropes, such as Jews controlling the media.

Jeffrey Herf, a European history professor at this university, said there is a lack of education about antisemitism and a lack of interest in learning about it.

“I think that there’s a lot of education that needs to go on on this campus, about the nature of antisemitism. Very few people understand what it’s really all about,” Herf said.

Herf offered a class on antisemitism in classic, modern and new history— but only four people signed up for it.

“On a campus of 30,000, with several hundred history majors, four students thought that it was worth their time to take a seminar on antisemitism. It’s disgraceful,” Herf said.

Rabbi and executive director of Maryland Hillel Ari Israel said he is working with the Office of Diversity and Inclusion as well as other administrators to think more concretely about educating the campus.

The university is adding a number of educational opportunities to teach UMD about what antisemitism means, Israel explained.

“One antisemitic incident is one too many,” Israel said.

Pines condemned antisemitism and offered several resources for community members who have been impacted by or want to learn about hate bias incidents, including this university’s solidarity workshop or Bias Incident Support Services.

According to a statement from university spokesperson Hafsa Siddiqi, “Hate bias incidents are hurtful and do not reflect our institutional values.”

Hyattsville police Sgt. Alicia Wheeler said the pamphlets were initially called in as a hate crime, but police are now investigating them as a hate bias incident.

Some students said there has not been enough discussion of the rise in antisemitism on the campus.

Throughout her life Dayanim said she feels as if she has had to prove that antisemitism is real.

“It’s crazy to me that we have to get to the point, that people are distributing blatantly antisemitic flyers accusing Jews of committing mass murders in order to realize that something is not right,” she said. “We’ve seen this before. Jewish people see this a lot.”