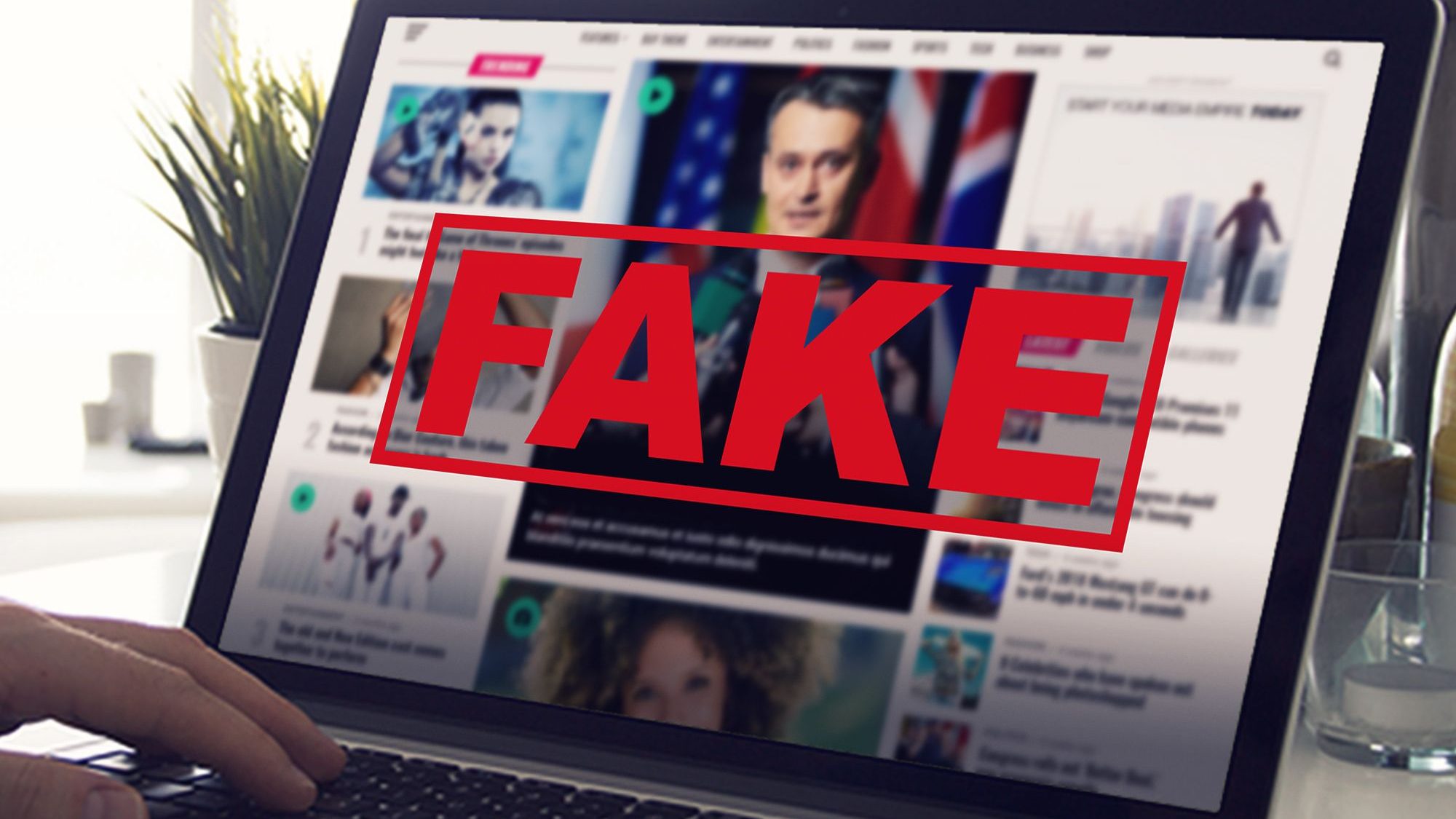 A laptop open to a page of fake news. (Photo courtesy of Mike MacKenzie)

Perhaps the most basic political axiom is that there are many sides to every issue. The simple statement has often been repeated as a reminder to think outside your own perspective and acknowledge that views other than your own are valid. It’s an innocuous principle that can be easily proven right, but like all positions, it becomes toxic when taken to an extreme.

Looking at different sides of an issue is obviously important, especially in educational settings. But lately, this fundamental principle has become so distorted that in some cases, it is downright dangerous and serves as an excuse to spread misinformation. Looking at both sides of an issue can’t become a cop-out to further fake news, and it’s time for the media and for schools to fight against this false equivalency.

We have reached a juncture where people feel the need to “both sides” every issue you can possibly think of. Recently, a school administrator in Texas told teachers that when teaching kids about the Holocaust, they needed to include books with “opposing” views on the subject. I’m not sure whether this means including viewpoints that imply that the Holocaust didn’t happen or that it was actually a good thing. Either way, it’s clear there are some issues that can not be treated neutrally, and genocide is clearly one of them.

Presenting the Holocaust as an issue that has two equal sides is not only desensitizing and antisemitic — but it’s dangerous. It opens up the door to questioning the validity of events that are objectively morally horrific. This legitimizing of a hateful ideology is especially dangerous to a younger audience who are just starting their political socialization and are still developing critical thinking skills.

This administrator was immediately widely condemned, and the school district was forced to apologize. But the fact that the administrator ever went down this train of thought is unsettling but not entirely surprising given our current climate.

We live in a time where it is demanded that every issue gets the “both sides” treatment, even when evidence or basic morality only supports one side of the argument. Issues such as climate change or vaccines get boiled down to debatable political topics when the evidence supporting certain positions is almost non-existent.

The media has unfortunately perpetuated this false equivalency in cases where it should have known better. Climate change deniers have repeatedly been given a platform in the mainstream media for so-called balance, despite there being little to no evidence supporting their position.

Providing these deniers a viable platform to share their misguided thoughts lets them achieve exactly what they want: shifting the conversation on whether climate change is real as opposed to what we should do about it. The conversation becomes less about action and more about certifying which side is right.

There is a clear difference between these two conversations, but the media has too often confused an issue that actually has multiple viewpoints to discuss with a debate between a fact and a lie. By definition, there is only one correct position to take on a fact — you are not silencing opposing viewpoints or stifling honest debate if you point that out.

People can believe what they want to believe, but that doesn’t mean that their opinion should be amplified if it is not based on fact. Just because we have a right to say something doesn’t guarantee equal platforming, and just because a lot of people believe something doesn’t make it valid.

The media should remember that before platforming their next anti-vaxxer or climate change skeptic, and schools must consider this before insisting students should learn “both sides” of an issue that doesn’t have two factually sound positions.

I understand that schools and the media need to be unbiased, but that is not the same thing as splitting every issue down the middle. This is not always easy, especially if those on the fringe scream that they’re being silenced, but if you can’t call a spade a spade, then you have stopped doing your job.

It is important to remember that not all opinions are created equal, and not every viewpoint is valid. Our country’s educational system and the media need to be more careful about perpetuating both sides-ism in cases where it clearly should not apply.