Offbeat goes behind the scenes of game day

Offbeat, The Diamondback's podcast where we go beyond our typical coverage of University of Maryland and College Park.

Football season is in full swing, and whether the Terps win or lose, Maryland fans make the most of the gameday experience.

From the first stirrings of a morning tailgate to the last strains of the marching band at the end of a game, the sights, sounds and smells of football are familiar to the Maryland faithful.

But what about all the work that goes on behind the scenes to make it happen? Have you ever thought of how many people it takes to run concessions? Or to keep that giant video board going?

This month we’re pulling back the curtain on gameday to answer all your burning questions.

Offbeat assistant editor Kimi Fleming will be your guide for the day. And later in the episode, she’ll talk with some Maryland fans to test how much they really know about their favorite team.

Offbeat: A Podcast from The Diamondback · Offbeat: The Gameday Episode

You can also find us on Spotify and Apple Podcasts. A full transcript of this month’s episode is below.

Joe Mullineaux: We have just about every single chicken tender in the Washington-Maryland-Virginia area, we have in stock in our freezer.

Football season is in full swing, and whether the Terps win or lose, Maryland fans make the most of the gameday experience.

From the first stirrings of a morning tailgate to the last strains of the marching band at the end of a game, the sights, sounds and smells of football are familiar to the Maryland faithful.

But what about all the work that goes on behind the scenes to make it happen? Have you ever thought of how many people it takes to run concessions? Or to keep that giant video board going?

This month we’re pulling back the curtain on gameday to answer all your burning questions.

Offbeat assistant editor Kimi Fleming will be your guide for the day. And later in the episode, she’ll talk with some Maryland fans to test how much they really know about their favorite team.

Bruce Robins: The cannons first became a part of Maryland football tradition somewhere around 1960 when football coaches wanted something to punctuate Maryland scoring.

Kimi Fleming: This is Bruce Robins. He’s a cannoneer at home football games — a position he took after serving 26 years with the University of Maryland College Park Police Department.

Robins carried a firearm for his job, and some of the other cannoneers have backgrounds in explosives. They’re a safety focused group. The original team … not so much.

After the introduction of the cannon, university officials quickly decided that fraternity members and alcohol were probably not the best mix for black powder cannons.

Bruce: So the cannon, the large cannon, was donated to the marching band. Now the band of course knows how to be a band very well, but they didn’t know anything about cannons.

Kimi: The university reached out to alumni at the Naval Surface Warfare Center, which had explosives experience, and the cannoneers were born.
[Cannon sound]

The cannoneers fire a cannon when the football team scores. At one time, there was only one cannon, which was fired after every score: touchdown, point after, field goal or safety. But the turn around between a touchdown and a point after was quick.

Bruce: One time the barrel wasn’t swabbed down well enough so when the powder was poured in, it flashed and burned one of the cannoneers on his hand pretty severely. So after that the state fire marshall said you can only fire this cannon once every three minutes.

Kimi: With less than three minutes between scores, the cannoneers had a problem. The solution? A second cannon.

Bruce and his team have to be ready at all times. A surprise long pass or a kick return for a touchdown could mean firing on short notice.

On a steady scoring drive, the cannoneers start to get ready when the team reaches the 20 yard line or so.

Bruce: They’ll tighten up the mechanism, get it ready to go, and stand by the cannon and wait to see what happens. And we wait till we see the referees give a good signal. Sometimes we’ll shoot a cannon and there’ll be a flag and it’ll be brought back, but oh well, that happens.

Kimi: In the case of a penalty, officials might turn to video review.

Thomas Mason: I also oversee our DVSport efforts. That’s the conference mandated replay service that the conference uses to help officials make the determination and calls.

Kimi: This is Thomas Mason. He’s the live productions coordinator for Maryland athletics. And his job includes more than just instant replay, and more than football.

Mason’s team does non-TV video work for lots of sports on campus.

Thomas: We do everything from broadcasting the game to announcing, replay, graphics, do all that. I also oversee our coaches video operations, basically ensuring that the games are filmed and coded for our coaches.

Kimi: When it comes to home football games, Thomas starts his work well before kickoff.

Thomas: Most of what we do actually is the day before. When the truck comes in, we’re working with the truck to make sure they have all the proper feeds, make sure that we have the feeds we’re getting from them. That’s the day we’re testing feeds, videos on the video board and making sure everything’s working, so really the Friday before a game is our big day where we get a lot done, that’s also a long day, a good 12 hour day.

Kimi: On the day of a game, Thomas starts work about seven hours before kickoff. His work includes things like making sure statistics are correct for pre-game and that videos play correctly.

During the game, when there’s down time, Thomas calls up different entertainment options like fan cams. Afterwards, it’s time for a news conference and clean-up.

Thomas saw his routine disrupted last year when Maryland played football without the usual fans in the stands.

Thomas: Last year was weird. So like, we still did videoboard shows and we did a pre-game show last year called “Terps Tailgate Show” with no fans in the building. That was, that was strange. That was different. It was really interesting to cut a show that was strictly for the people on the field, that had nothing to do with anyone in the stadium during the game … That I always will remember. It’s very strange to cut a video board show for absolutely zero fans.

Kimi: Thomas wasn’t the only person behind the scenes of gameday to see his work disrupted by COVID-19.

Joe Mullineaux is the senior associate director of dining services, which includes concessions for football games.

Joe: We have the pretzels for Saturday’s game, we are crossing our fingers that they are going to be delivered at 11 a.m. Saturday morning. And that is something that would have normally come in for the first couple of games before the first game.

Kimi: And it’s not just pretzels. Joe’s team has bought up as many of the right type of chicken tender as they came from the local area.

For something as important as chicken tenders, they don’t want substitutions. A nugget is not a tender.

But when it comes to packaging, supply chain issues are forcing compromises.

Joe: Most of our cups and carry-out packaging come from Asia, and their ports are being shut down because of COVID. Also, our understanding from one of our paper goods suppliers is that there are roughly 42 container ships waiting to be unloaded in California.

Kimi: Joe says dining wants to use compostable packaging, but the supply chain means they can’t get all the products they want.

COVID has also impacted Joe’s ability to staff concession stands in the stadium.

Staffing depends on nonprofit groups who staff the stands in return for a 10 percent cut. Joe had groups lined up for every game, until things changed.

Joe: About, I wanna say 10 days before the first game, we had groups starting to back out. They were predominantly groups that were related to Prince George’s County high schools. So we’ve been struggling to find staff and groups to work.

Kimi: For paid staff, Joe’s also had trouble hiring. He says the two big concerns are the risk of COVID at work and the requirement that workers be vaccinated against the coronavirus.

COVID has even impacted the food itself.

Joe: There is a tremendous shortage of chicken right now, except for drumsticks, caused by several things. One is transportation issues. Two is some of the processing plants have been shut down because of COVID related concerns. And the demand, particularly for chicken wings, during COVID, has gone through the ceiling.

Kimi: Part of Joe’s job is to figure out what the level of demand for certain concessions will be at a given game.

For instance, he worked with staff at Budweiser.

Joe: We said, ‘OK, how much Bud Light do you normally sell at a Washington Football Team game,’ and they told us. And we said OK, we’ll order that for the first game,’ thinking that we’d probably have some left over for the next game, and we ran out of Bud Light before the first game, before halftime rather.

Kimi: In previous years, the peak of pizza sales was 700 slices in a game.

This year, Joe and his team switched to Ledo pizza, a sponsor of Maryland athletics. They ordered 750 slices for the first game…

And ran out as halftime was just starting.

Kimi: For this quiz, we asked fans three questions about Maryland football and sports pride.

Emily Miller: I’m Emily Miller. Um I’m a junior, and then my majors are English and secondary education.

Kimi: How knowledgeable are you about Maryland football?

Emily: Not at all.

Kimi: Alright and your last question … What song plays during the student section’s Maryland flag drop? Is it A. ‘Jump’ by Van Halen, B. ‘Jump Around’ by House of Pain, C. ‘Seven Nation Army’ by The White Stripes or D. ‘2001: A Space Odyssey Theme song’.

Bradley: Um, if you asked me this two years ago I probably would’ve known because I’ve actually sat in the student section. Let’s go with, uh, Seven Nation Army? I know that plays at games.

Bradley: OK, I kind of thought it might be that. It seemed out of place in those songs.

Kimi: Thank you so much for playing!

Allison: Thanks for listening to Offbeat. I’m your host Allison Mollenkamp. This episode was created by: Riley Brennan, Kimi Fleming and Amelia Jarecke. Thanks to the whole Offbeat team for their hard work.

Our music this month is Blue Raspberry by Marco Sesay.

You can find a transcript of this episode at dbknews.com. If you like the show, make sure to tell your friends and leave us a rating and review.

Thanks for listening. We’ll be back in November with a brand new episode. 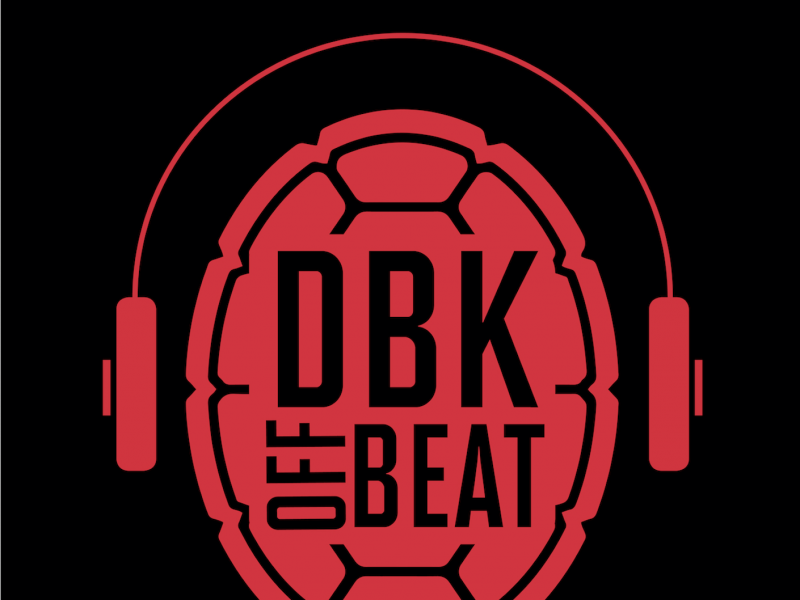