Advocates to defund the police want to protect communities. Hogan shouldn’t mock that. 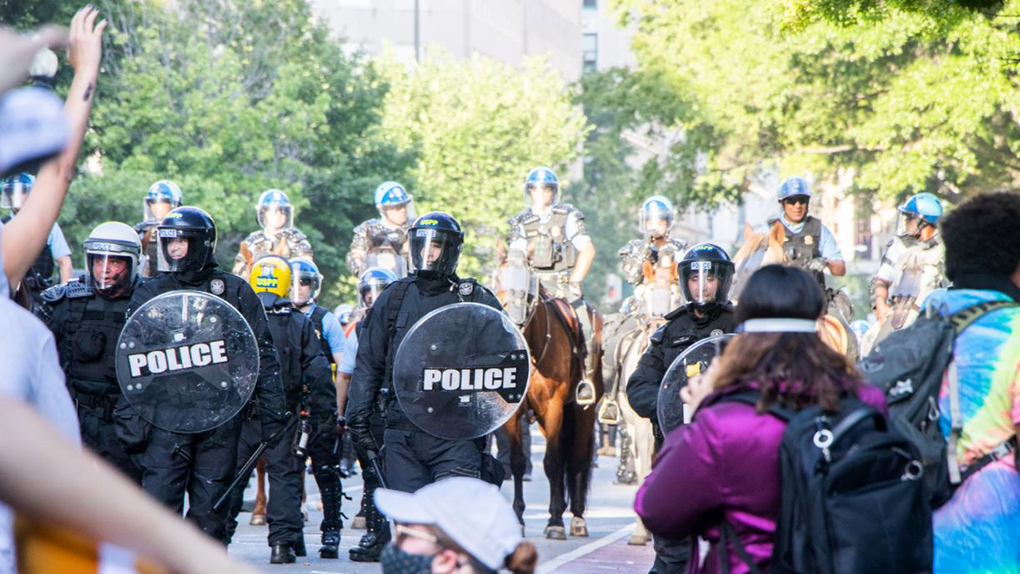 As a writer, I understand the joy that comes from manipulating the English language to find that perfect play on words. So, I’d like to brush off Gov. Larry Hogan’s proposed “Re-fund the Police” initiative as a harmless attempt to get a joke out of Marylanders, specifically those who are part of the Black Lives Matter movement and advocates who push to defund the police.

Yet, no one is laughing, and this initiative is far from harmless.

However, a bulk of the plan — a combined $95 million, to be exact — will be focused on increasing both police officer salaries and police aid across Maryland. It’s evident that Hogan feels as though there are inefficiencies with law enforcement in Maryland, and that he believes he will fix them, at least in part, with this plan.

However, Hogan’s plan creates even more questions without resolving the original question at hand: how can we fix the growing crime problem in America?

To begin, this initiative is grossly out of touch with calls among many to defund the police and makes no attempt to meet in the middle to find a solution that works for all.

While the argument to defund the police put forward by the Black Lives Matter movement does call for funding to be moved away from law enforcement, it does not hope to abolish community security and create a lawless society. Calls to defund the police often cite the history of law enforcement terrorizing minority communities as a reason why further reforms would do nothing but prolong the problem and suggest moving funds toward other alternative programs in order to decrease crime from its root.

Ultimately, movements to defund the police want to move away from police officers as a way to fix America’s growing crime problem.

Therefore, it’s unsettling to see Hogan poke fun at an idea that is only trying to protect some of the most vulnerable Americans. Especially considering that the calls to defund the police are rooted in historical racism of Black communities, it is alarming — even borderline offensive — to know that our governor has no problem turning their hardships into a joke. It all just seems to be in bad taste.

Even after pushing the program’s offensive nature aside, this plan is simply not the most effective way to reduce crime in our cities.

Hogan attempts to justify his obscenely large police budget by citing growing crime in Baltimore. However, he conveniently leaves out the fact that the Baltimore police budget rose by $28 million this past year, and the crime rate has continued to grow with it. If the crime rate is growing despite continued investment in policing, then what purpose does continued investment in policing serve?

Aside from wasting millions in taxpayer dollars, increased policing will only contribute to more harm in our most vulnerable communities and lead us back to this same conversation over and over.

If Hogan wanted to get to the root of Maryland’s crime, he could invest in mental health officers or social workers to psychologically assist community members.

He could provide small business subsidies to help grow the community’s economic outlook. He could invest in community programs in order to pull kids away from crime and help create a more connected community without divisions.