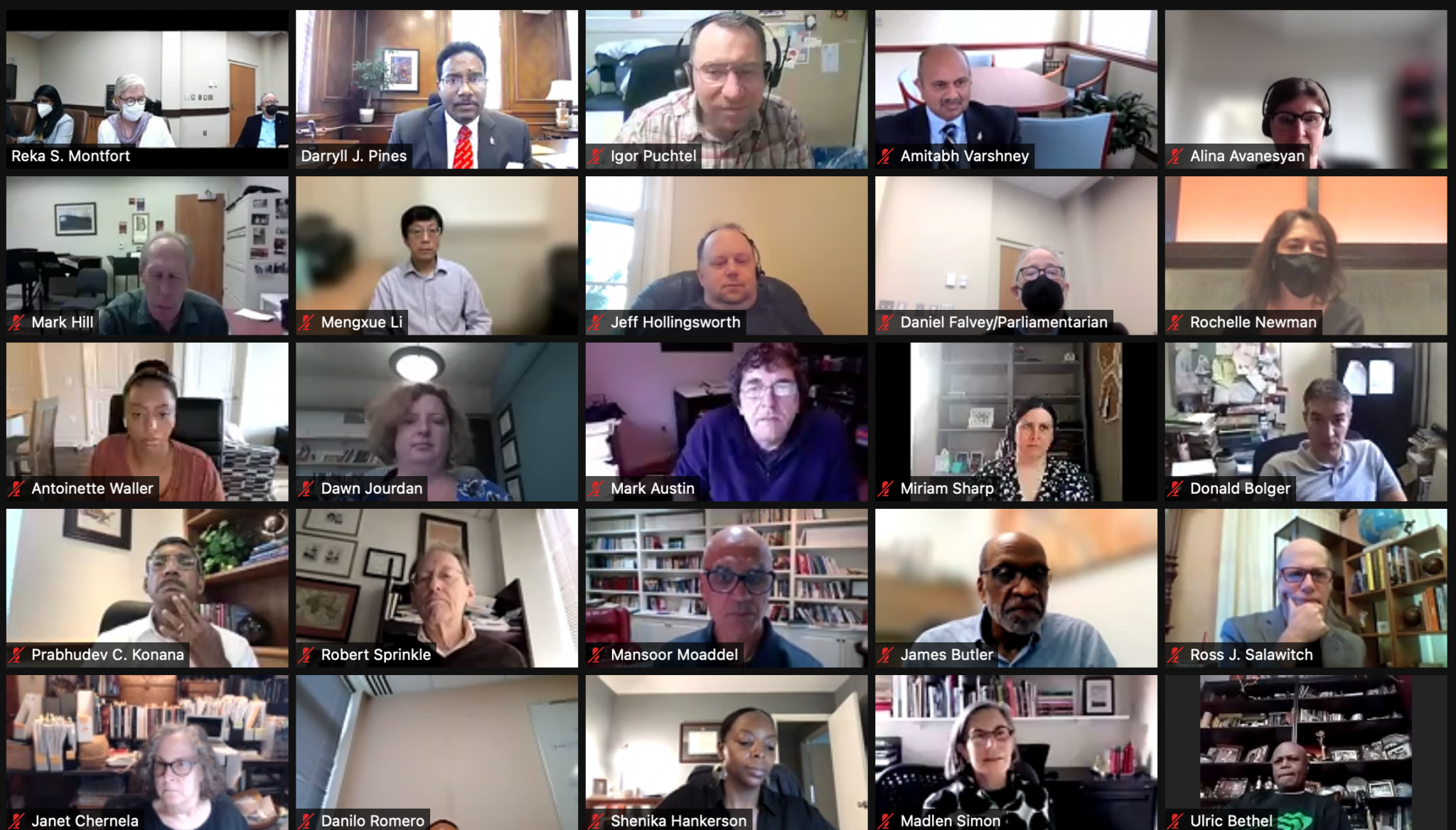 During the Oct. 7 University Senate meeting, University of Maryland President Darryll Pines contended that opposition to the current design of the Western Gateway project, which would remove about nine acres of forest on the southwestern edge of campus known as Guilford Woods, “is simply purely emotional for many people, and not necessarily completely based on rationale and science.”

I am pictured with my palm firmly planted into my chin in the Zoom screen capture published by The Diamondback, due not to the use of the “emotional trope” by Pines, but rather his statement that opposition to the deforestation of Guilford Woods may not necessarily be completely based on science.

My opposition to this project is based on sound, peer-reviewed, highly cited science.

In 2009, I co-authored a paper that quantifies how the abundance of ground-level ozone, a criteria pollutant regulated by the U.S. Environmental Protection Agency, increases as temperature rises. In a proposal I had co-authored asking for Senate review of the Western Gateway project (Senate Document #21-22-12) — which was summarily rejected by the Senate Executive Committee on Sept. 27 — we had included an image from the U.S. National Oceanic and Atmospheric Administration of the urban heat island effect which demonstrates the central portion of our campus is currently about 8º F to 10 °F warmer than the Guilford Woods region.

According to the U.S. Department of Agriculture, the presence of a ring of forest around a dense urban region provides numerous benefits to air quality due to direct factors such as reduction of temperature and absorption of air pollutants, as well as indirect factors such as lower energy use in buildings shaded by trees.

The proposed deforestation of Guilford Woods would remove the protective forest ring around the southwestern edge of campus. Our campus would warm and surface ozone would increase, due to both the temperature dependence of atmospheric photochemistry reactions as well as the presence of more pollutants that react to produce ozone, which would have previously been removed by leaves of the protective forest.

A recent landmark Global Burden of Diseases, Injuries, and Risk Factors Study concluded surface ozone pollution was responsible for 365,000 premature deaths throughout the world in 2019. Despite steady and successful efforts to improve air quality throughout the U.S., ground-level ozone still takes a toll on the health and well-being of our domestic population, responsible for about 10,000 annual premature deaths.

I applaud the Student Government Association for their recent passage of a bill that “calls on university administrators to address concerns regarding the deforestation [of Guilford Woods]” and suggest the impact of deforestation on air quality within our campus be one of the top concerns addressed in response to this bill. Hopefully, such a study would quantify the impact of the loss of Guilford Woods not only on ground-level ozone, but also on suspended fine particulate matter (i.e., aerosols) that exerts an enormous toll on public health and is also known to be reduced by certain types of trees.

I’ll conclude by stressing that a solution to the lack of affordable on-campus housing for graduate students is long overdue. However, it is essential the public health benefits of Guilford Woods be quantified in a scientifically rigorous manner before deforestation occurs, because if this nine acre belt of trees around our campus is removed, the future replacement would be enormously costly, and likely logistically impossible in the foreseeable future.

It is my sincere hope that calm, collected and committed minds on both sides of the current debate can together work toward the realization of abundant, affordable housing for graduate students constructed on our campus in a manner that is truly sustainable.  If so, we’ll emerge from the current debate as a model of excellence to the outside world, which I would hope we can all agree is a central element of our shared values.

Ross Salawitch is a Professor in the Department of Atmospheric and Oceanic Science, Department of Chemistry and Biochemistry, and Earth System Science Interdisciplinary Center. He can be reached at rsalawit@umd.edu