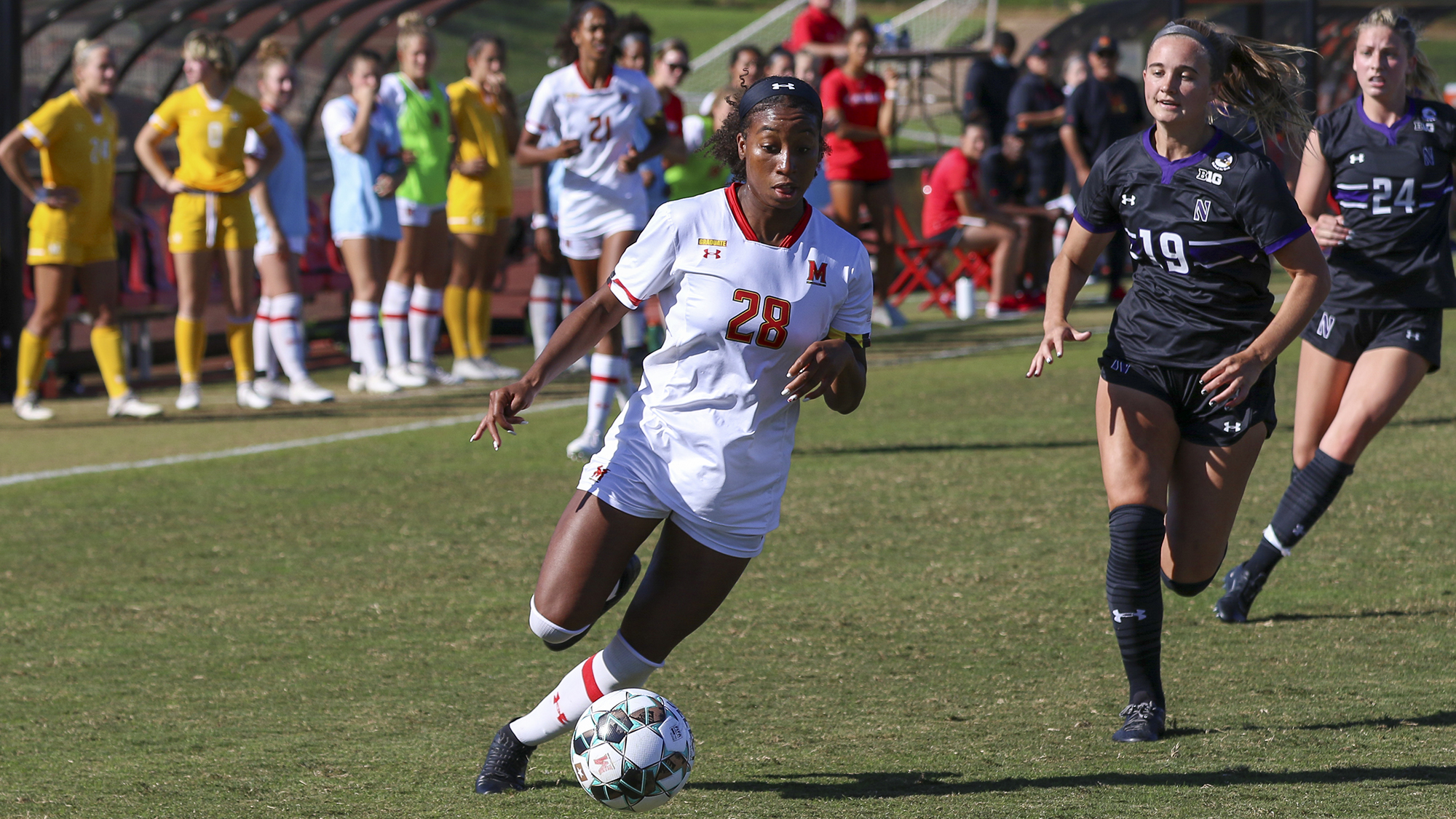 Witnessing history is a lot of fun. As one of the fans who watched our volleyball team beat the No. 2-ranked Wisconsin Badgers for our first-ever win over a top-10 team last Friday, I remember the transition from tension to elation as the Terps prevailed on the final play of the match and the team stormed the court to celebrate their historic win.

From the raucous atmosphere to the emphatic celebration, I think I speak for all 1,828 fans in attendance when I say we will all be back to cheer on this team.

The energy from this game was infectious, so it was rather jarring to compare the treatment of the volleyball team’s monumental win against Wisconsin to the football team’s nonconference matchup with unranked Kent State the following weekend.

While the volleyball team advertised their own free T-shirts to the first 100 students in attendance to celebrate their first conference game, the athletic department has sponsored a new tradition during weeks of football home games that sees students get free snacks from Testudo on Mondays, free pizza at the Jones-Hill House on Thursdays and free T-shirts around the campus on Fridays.

On the merit argument alone, giving our women’s sports teams equal attention isn’t even a contest. The University of Maryland is ranked No. 16 of all time on the list of total team NCAA Championships, tied with the University of Georgia for 31 titles. Of these 31 titles, 23 of them have come from women’s teams.

It’s evident that our women’s sports teams have proven — to both the university and to the nation — that they are deserving of attention, promotion and investment.

While strong fan bases traditionally come from success in the school’s main revenue-earning sports — men’s football and men’s basketball — there is evidence to prove that proper investment into women’s sports can earn them revenue-earning fan bases as well.

In 2018, the University of Connecticut actually received over double the revenue from its women’s basketball team than it did from its football team. While this could be attributed to the Huskies’ sustained success on the court, even that success is linked to tangible investment in the sport. This investment has brought the University of Connecticut several NCAA National Championship titles, but most importantly has left it with sustained fan engagement.

At this university, the same history of winning and fan engagement is there — we just need more emphasis from the athletic department.

This proposed investment could manifest in several different ways, each centered on the fans.

To start, assigned “student sections” could be marked off at women’s volleyball, field hockey and lacrosse games, in a manner that’s similar to football and basketball games. This proves to both the players and the fans that the athletic department genuinely wants students to attend the games, which could increase fan turnout.

Further, the athletic department could do more themed games to motivate students and other fans to attend. For example, T-shirts could be given out to every Maryland fan in attendance at big games against conference rivals so that the fans are color-coordinated with the team, similar to how the annual Gold Rush game is conducted during the men’s basketball season.

Investments like these will ensure memorable fan experiences, sustained athletic commitment to Maryland by elite prospects, prolonged success in national competitions and thus increased revenue for the athletic department. Everyone would win.

It has yet to be seen if this monumental volleyball win was a one-off miracle or the start of a new era of Maryland dominance in yet another women’s sport. What is guaranteed, though, is that our women’s sports teams will continue to deliver memorable moments on the field and court. Let’s just hope the athletic department doesn’t miss too many more of them.