Review: ‘Dear Evan Hansen’ isn’t easy to watch, but it’s worth the experience 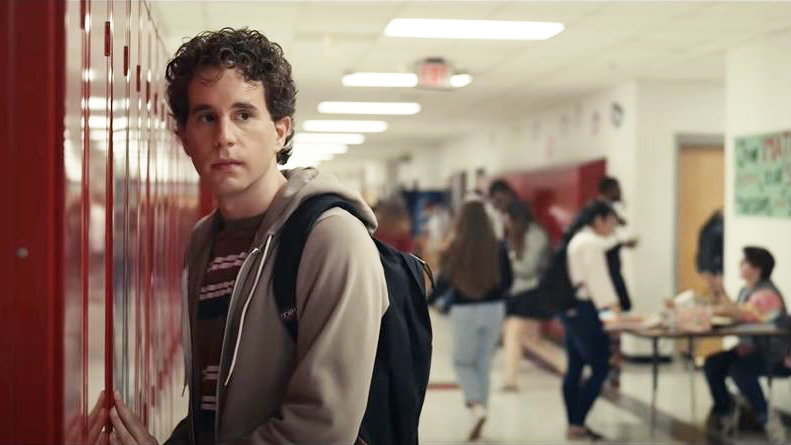 Dear Evan Hansen, the musical drama based on the Tony-Award winning show exploring grief and poor decision-making in adolescence, was released on Sept. 24 and is full of great performances and emotional payoff.

Evan Hansen, played by Ben Platt, is a high school senior who struggles with social anxiety. A letter he writes to himself ends up in the hands of Connor Murphy, played by Colton Ryan, who has the letter when he takes his own life. His parents Cynthia, played by Amy Adams, and Larry, played by Danny Pino, find the letter addressed to Hansen and assume the two were confidants.

Murphy could be described as the school bully, but that feels detractive — he’s a complex character who is explored throughout the movie. Whether that exploration bears fruit from Murphy himself or from Hansen’s noxious cloud of lies as he pretends to have been Murphy’s friend is another question entirely. But when Ryan is on screen, his performance makes it clear that Murphy is more than a bully bent on stealing lunch money.

Hansen and a family friend, Jared Kleinman, played by Nik Dodani, compose emails between Hansen and Murphy to prove they were close and give the grieving family a piece of Murphy to know — which would be sweet if it weren’t fabricated drivel.

[Review: James Wan commits to his horror roots in ‘Malignant’]

This translates to the screen as shots showing Murphy’s performance of “Sincerely, Me” and then cutting back to fill in the revised verse between Hansen and Kleinman’s dialogue. This is perhaps the only comedic landing in the film, so audiences should enjoy it before their masks are wet with tears for the rest.

Following the brief comedic respite, the audience joins Hansen on his path toward confronting his truth. The journey there is troubling and downright unpleasant at times, but it has a great soundtrack that is only made better by the film medium.

There have been critiques of Platt’s casting as a high schooler. Platt is now 28 years old and in no way looks like a high school student. He adopts exaggerated mannerisms, as if he is playing a caricature of an anxious teen, and seems more like a Boo Radley-esque grown man who hasn’t spoken in years rather than a young person struggling with anxiety.

Empathizing with Hansen is a difficult task, perhaps intentionally. At every turn, he should tell the truth, but he continues to lie to the faces of a grieving family. Simultaneously, the intimacy of the camerawork forces the audience to see Hansen’s side of the story.

“So Big/So Small,” performed by Julianne Moore as Hansen’s mother, Heidi, is a gut-punch tacked on to the end of the film like an afterthought. The camera is steady on the mother and son in their dim living room. There are no grand sweeping shots or cutaways to dance numbers.

In the halls of the school, the shots revolve around Hansen’s head with quick cuts as his eyes dart around, and viewers can almost feel his hands getting damp with anxiety. But what nearly 30-year-old wouldn’t be stressed out in a sea of teenage monsters?

The film has issues, which earned it venomous reviews at the Toronto International Film Festival and pitiful box-office returns. Friday brought in just over $3.2 million, according to Box Office Mojo. For reference, that’s a little more than Cats, which made about $2.6 million on its opening night in 2019.

However, there is not a song in Dear Evan Hansen that isn’t delivered beautifully, and that includes a few uncommonly good instances of singing through tears.

Dear Evan Hansen isn’t a blast to watch. It’s not a fun movie for date night. But it achieves something. You don’t just watch it, you feel it and fight with it. You’re not on the edge of your seat, you’re shifting uncomfortably in it.

That won’t be a great experience for every moviegoer, but I think it’s a welcome change of pace from being spoon-fed undeniable protagonists with irredeemable villains. It is an experience worth the two hours and change, but it does share its Achilles’ heel with every other musical adaptation — audience members singing along.