Webbed is buggy, in a good way 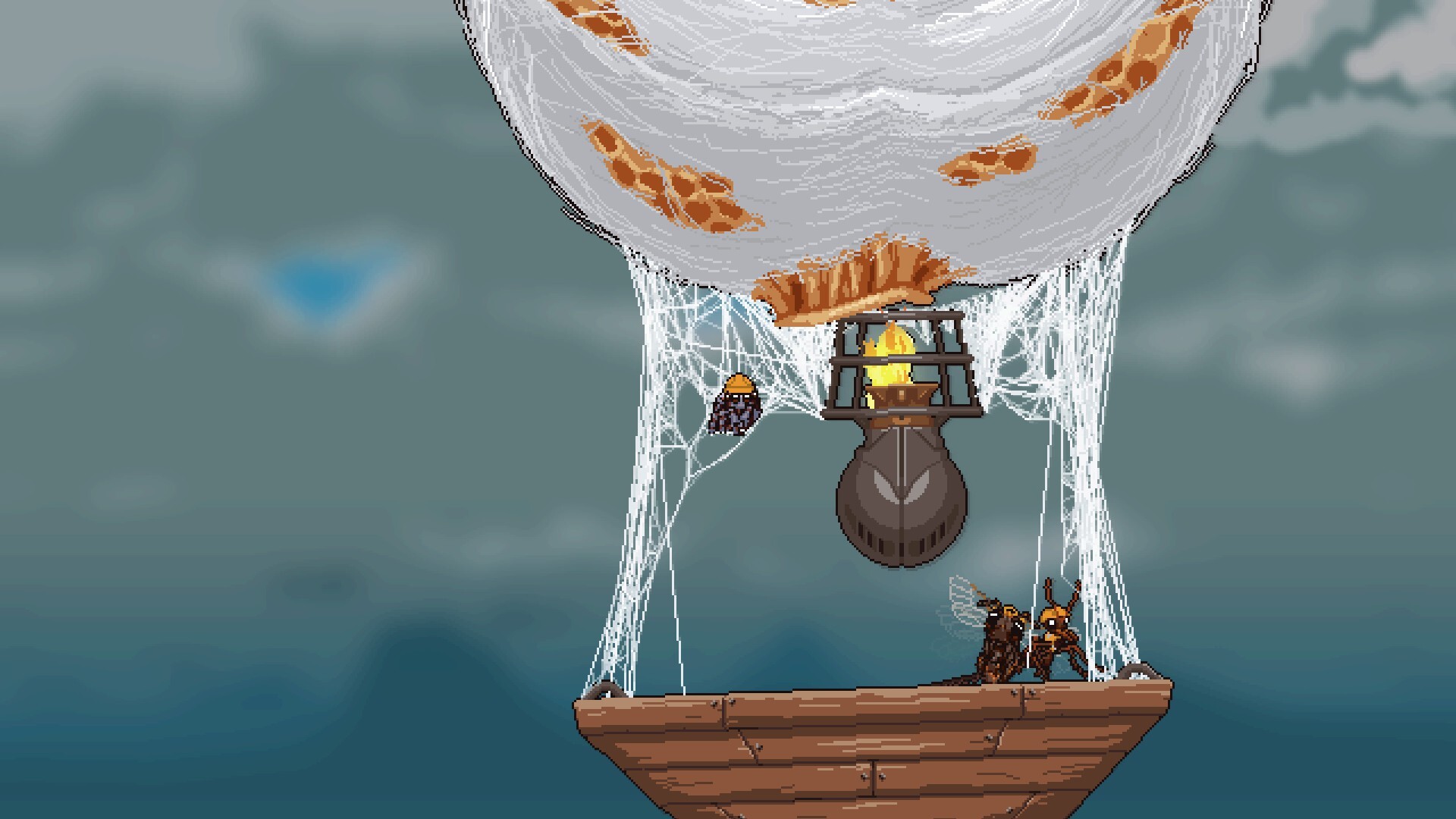 Players control a pixel art spider on an epic quest to save its boyfriend from the talons of an evil bird in Webbed.

The elegantly and thoughtfully crafted indie platformer from Sbug Games became available on Steam Sept. 9 priced at $9.99. The spider must make friends with and receive aid from a family of dung beetles, an ant colony and a beehive to construct a hot air balloon out of an abandoned moth’s nest.

All of that does sound off-putting to the bug-averse, but Webbed delivers countless critters as undeniably adorable. Even the exhaustive fetch quest to collect a wolf spider’s 40 children is cute, if only the babies didn’t crawl all over the protagonist. Quite considerately, Sbug Games included an arachnophobe mode where you play as a little pink blob instead of a creepy crawly, which makes the game accessible to many who wouldn’t play otherwise.

Story-wise, Webbed offers little innovation. Unless industrially-inclined ants who call each other “comrade” can be passed off as innovative. The game’s main course is its puzzles, physics and web mechanics.

The player spider has three basic actions at its disposal: a grapple web to swing from, a construction web to build air bridges and move objects and, of course, lasers to shoot from its eyes. Grappling edges, twigs and existing webs creates a fast-paced action where the spider could perish on the end of a pointy pixel if a click is a hair off target. The swinging motions flow together seamlessly, making Webbed feel like a two-dimensional indie Spider-Man game.

Constructing webs to climb on is an interesting and entertaining mechanism, though it trivializes some areas where traversal challenges could present. What really shines about this tool is how the webs play notes when strung up or crawled on. The longer the string, the lower the note, so someone with far too much free time could feasibly dance across twelve-web blues. They also drum when they are broken with the spider’s eye lasers.

It wouldn’t be a huge loss for the webs to be silent or to play a default note regardless of size. But Sbug Games chose to add that flavor. It’s reminiscent of when Rockstar Games, in their obsession with the superfluous, chose to add horse bowel movements in Red Dead Redemption 2. Webbed’s decision actually adds value to the gameplay experience, so perhaps big-name developers should take notes.

Webbed is a small game, with the map built into four sections where the player solves puzzles and completes quests for the different groups. Among those sections, there is a total of not one, but two skateparks where the spider can skateboard. This is without a doubt the hardest section of the game, so thankfully it’s optional. One would think, especially after watching Andrew Garfield in The Amazing Spider-Man, that web-slinging would translate perfectly into kick-flipping, but that is not the case.

Webbed also features a dedicated dance button to celebrate when the spider makes a new friend, which is exactly as adorable as it sounds.

Webbed is lovingly crafted and lovely to play. While it is admittedly buggy, it runs smooth as silk.