‘We want to let it all out’: The Missing Peace is performing at NextNOW Fest 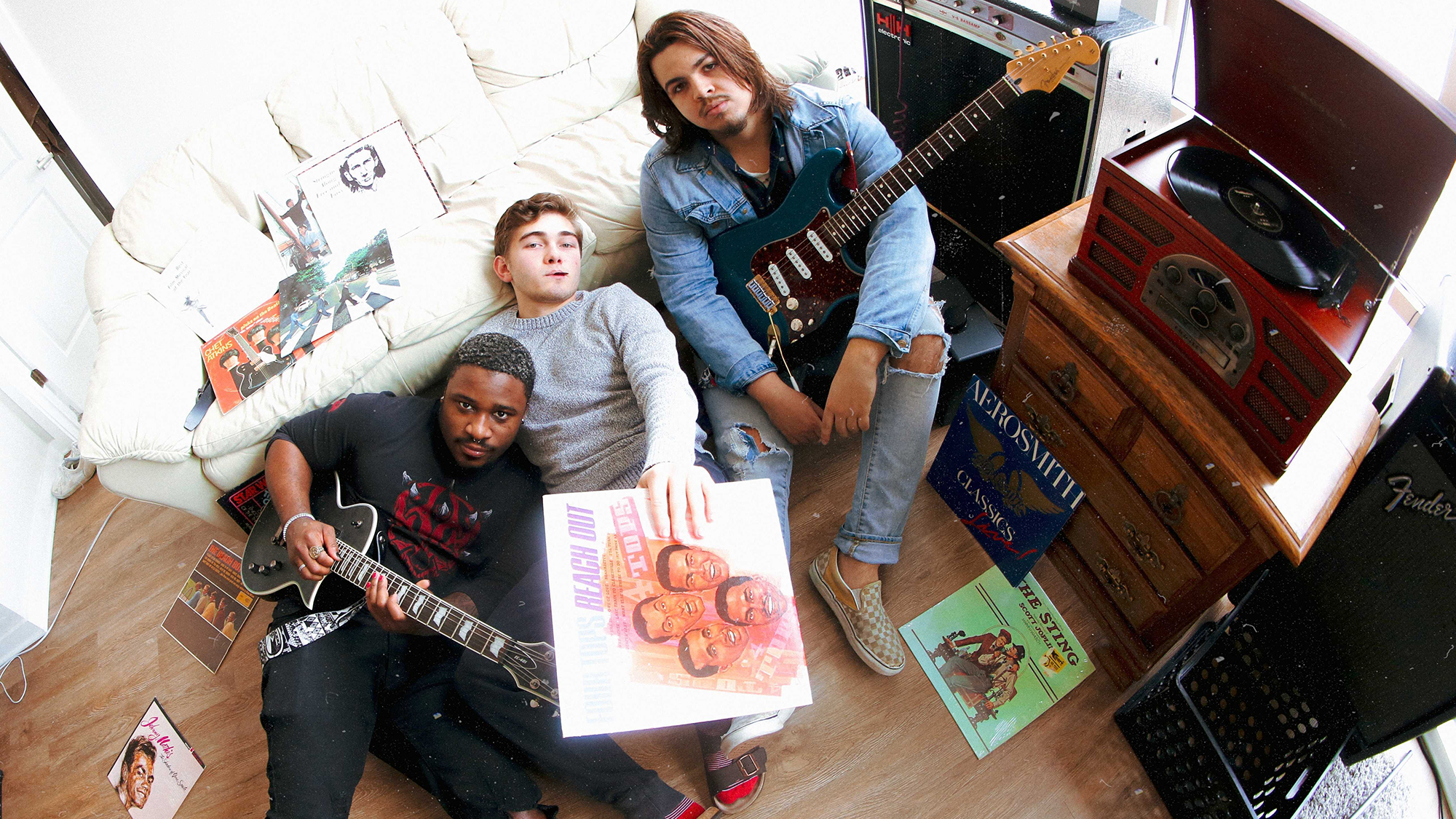 Reminiscing about The Missing Peace’s early days, lead guitarist Nicolas Pascale said his favorite live performance was the group’s first in 2018. The band had no foundation at the time and no released music. Yet, despite doubts, the Electric Maid in Washington, D.C., was packed with roughly 50 people when they walked onstage. The crowd was full of energy, jumping up and down, even though they didn’t know the songs.

“They were all vibing to it,” Pascale said. “It really made me realize how much fun it is to play live.”

The Missing Peace returns to live music once again Friday at NextNOW Fest, playing alongside other local musicians including Skate Stance, 242 and Unity for the Outcasts as part of the Terrapin Record Label.

For The Missing Peace, the cast consists of Pascale, Christopher Pamah, Luciano Amato and Maxwell Minichiello.

Pascale is a senior information science major known as “Nico Suave” onstage. He learned how to play guitar when he was six years old from a neighborhood guitar teacher. Before he was able to pick up a guitar, he first had to learn how to pick up rice with chopsticks.

Pamah, a senior applied physics major from Towson University, is the band’s rhythm guitarist and is called “Lazarus” because he experienced heart failure in high school and survived.

Amato, a junior computer science major at this university, is the lead singer and the only one who doesn’t write the songs.

Minichiello, a sophomore jazz percussion and psychology major from Virginia Commonwealth University, is the band’s newest member and plays the drums despite his hand injury. He’s been connected to music since he was a baby, he said. Minichiello is referred to as “The P-MAN” by other members of the band.

“Genres are bullshit in my opinion,” he said.

The Missing Peace began in 2017 when Pascale and Pamah decided to write songs together as a way to express their feelings of heartbreak and trauma. At first called TwoNinetyEight, the duo began recording music in Pascale’s basement. Other people told them the instruments sounded good but the singing was bad, according to Pascale. That’s when they found Amato. The band didn’t have an official drummer until January of this year and didn’t release its debut EP until March.

“We’ve been building our infrastructure and our band for the past three years,” Pascale said. “And now we want to let it all out.”

The Missing Peace got its name in the fall of 2018, but there are different accounts to how it came about. Pamah said the name took shape because he was attending the University of Arizona that semester and became disconnected from the rest of the group. Amato referred to Pamah as the missing piece.

“I guess it just worked itself out to have the double entendre within it,” Pamah said.

Pascale says the band’s name was actually inspired by a book Amato was reading that year, The Myth of Sisyphus by Albert Camus. The book’s existentialism led to the group thinking about how people suppress their inclination toward the arts and expressing themselves to keep up a persona. They determined music was the missing piece in their lives, Pascale said.

Although the band did not officially release any music between 2017 and last March, they did make a lot of progress as a band. After performing at the Electric Maid, they went on to perform at Bloombars in Washington, D.C., St. John’s University in New York City and the Catholic University of America.

They joined Terrapin Record Label after auditioning in the spring of 2020, but they stopped performing in person due to COVID-19. They did one livestream performance that spring and decided to not do it again.

“We prefer real interaction with the crowd,” Pamah said.

Not being able to perform live was devastating to the band, Pascale said. The connectivity issues of doing a livestream were also frustrating.

“The lifeblood of a band is the live experience,” Pascale said. “Fans coming out and buying your merch and moshing to your music and just having a good time listening to live instruments.”

Live performances give an opportunity for catharsis, the band members of The Missing Peace said. Minichiello said he loves that there is no limit to what he can do onstage, so he uses that time to go all out. And to Pamah it’s all about interacting with people.

“There’s so much emotion and so much grit that goes into live performing, especially with the instrumentals and the vocals. You just can’t get that inside the studio,” he said.

The Missing Peace has recently played at the DC9 Nightclub on Aug. 19 and plan to be at the NextNOW Fest Friday. They’re performing six songs, including two that haven’t been released yet. The band members said they’re excited for their debut performance at the University of Maryland.

“We’re going to kill it,” Minichiello said. “Let’s bring down the house.”

The band has no concrete plans for the future at the moment, but there’s a lot they want to do. They want to release a new song every month, perform at their own venue in College Park that they’re calling Grunge Town and even tour.