The anti-abortion movement claims to value human life. Their bans do the opposite. 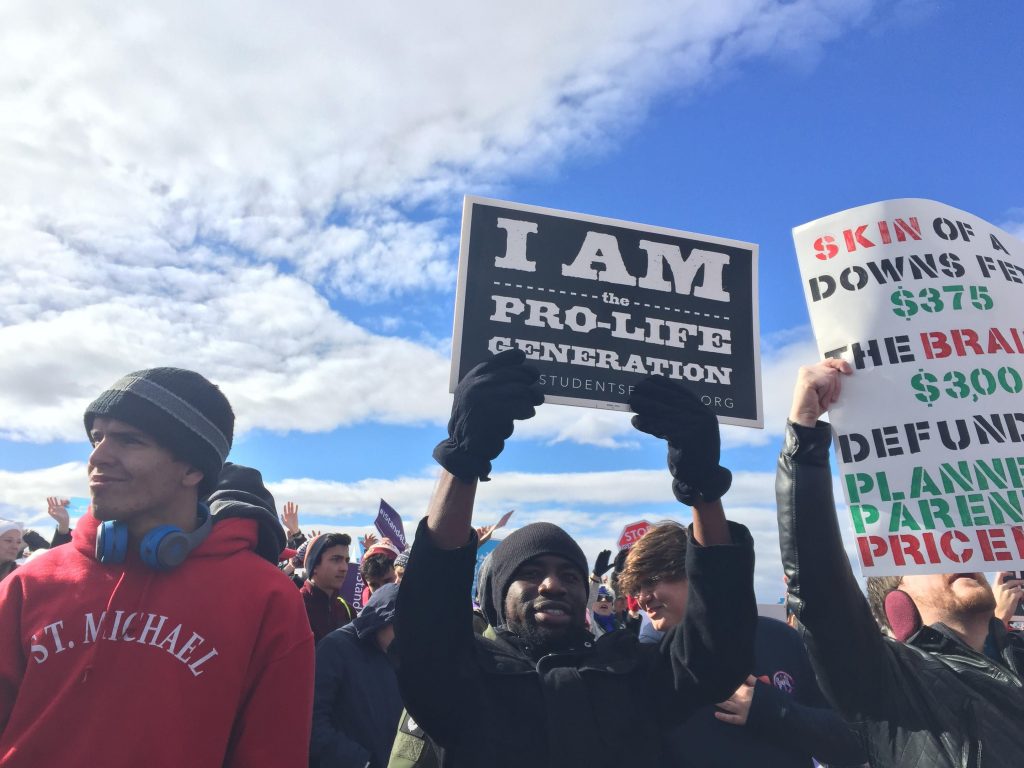 A man holds up a "pro-life" sign at a March for Life in Washington, D.C.

To my understanding, the “pro-life” movement can be characterized as an “anti-abortion” movement. The fundamental ethic that unites its members concludes that life begins in the embryonic phase or at conception rather than at birth. Because of this, they seek to reduce the number of abortions.

If this definition is true, then I don’t understand why legislation that restricts access to abortions has so much of their support. These laws just do not align with the movement’s goals.

In fact, abortion restriction legislation such as Senate Bill 8, the recent Texas law, is actually a huge step back for the anti-abortion movement.

This type of legislation doesn’t actually stop people from getting abortions or lower the abortion rate. It just makes it harder to obtain safe abortions. For some, it’s relatively easy to drive out of Texas into literally any other state to get the procedure. People with the means will go out of state, but those without may seek a solution in unsafe ways.

Unsafe abortions are one of the leading causes of maternal mortality, and as this new law increases the number of people seeking them, we should expect an increase in deaths related to botched abortions.

And this makes sense. Even as a woman who doesn’t fully subscribe to the belief that life starts at conception, I believe it’s a hard decision to end something that is part of you and has the potential to become another human being. I don’t believe any pregnant person makes the decision to have an abortion lightly. It can be a difficult, emotional and perhaps soul-crushing action that is often a last resort option. No matter what “embryo” or “fetus” means to an individual, the removal of this particular mass of tissue is not an unfeeling clinical procedure such as the removal of tonsils or a tumor.

So, for those who want fewer abortions, bans don’t make sense. Instead of trying to block the need for abortions through punitive and ineffective legislation, members of the anti-abortion movement should ask: Why do people feel the need to have abortions?

They should target the reasons causing people to feel they have no other choice but to terminate pregnancies.

Most of the common reasons pregnant people have abortions can be solved through social support and health education. If they feel they can raise a baby in their current situation, or are able to prevent pregnancy when under prohibitive circumstances, there will naturally be fewer abortions.

If pregnant people were able to receive more support, both during and after pregnancy, the top six most common reasons for abortions would be greatly reduced. This should include financial, health (mental and physical) and child care support. Not only would it help individuals who are pregnant, it will also help future generations of children be born into healthier and more stable homes.

As for health education, it’s obviously important for all of us to know more about health. In particular, education could help a particularly vulnerable group: pregnant teenagers. About 82 percent of teen pregnancies are unintended and just under a third of them end in abortion. With so many being unintended ones, it’s not a stretch to assume they’re partially preventable through better sex education. And not just lessons on abstinence — because come on, do you seriously think rebellious teenagers are going to abstain because a teacher told them to?

But health education shouldn’t just stop at, “Hey kids, condoms!” More funding for public health and medical programs in high schools and universities will translate to more — and better — health care professionals, who will in turn create methods to decrease maternal mortality, protect the health of pregnant people and improve the quality of life of babies born with serious health conditions. These will all decrease the demand for abortions.

I understand the initial logic that banning abortion decreases abortions, but that’s just not true. Reducing the number of abortions can only be accomplished through social support and health education. The new Texas abortion law does not do that.