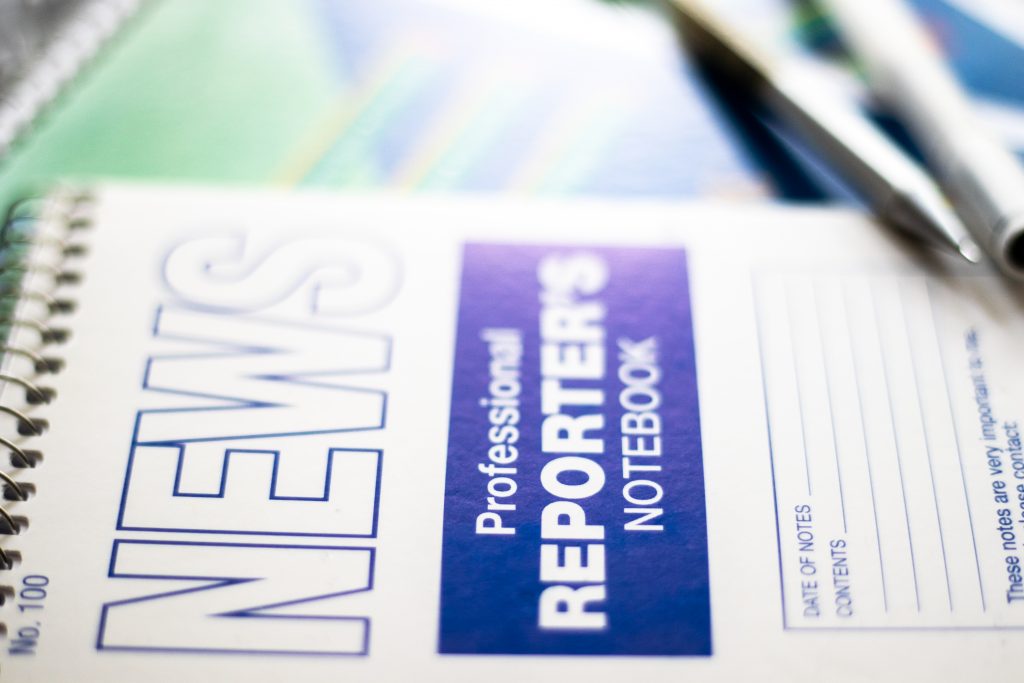 Objectivity is often considered one of the key principles of journalism. (Julia Nikhinson/The Diamondback)

I used to think journalists always told the truth. Their job was to inform the public about the current events of the world, both the dangerously riveting sort and the incredibly dull mundane. But as I’ve grown older and a bit less naive about how the world works, I’ve come to understand that the way the truth is presented is just as important.

In recent years, we’ve seen how powerful misinformation and biased reporting can be. It has the power to sway public opinion, encourage violence and even convince people to go against democratic processes.

While misinformation is purposefully spreading untrue information, reporting bias is different because it still presents true information but from only one perspective or viewpoint. We see this quite often with news that leans in a specific political direction — Fox News and the New York Post tend to skew right while CNN and The New York Times lean left.

It’s fine for specific organizations to skew one way or another, but as viewers become more ensconced in their own echo chambers, reporting bias can damage individuals’ ability to critically think about and understand events, along with their ability to form complex personal opinions about the facts they see. The media has to be more responsible about how it presents the truth.

Different outlets can present the exact same issue completely differently. For example, thinking back to Colin Kaepernick’s national anthem protests, Fox News continued to mention the issue regularly about a month after other broadcast news channels such as CNN and MSNBC. This probably created the false sense to the network’s regular viewers that this was a more current issue than it actually was.

But our news media doesn’t just have a problem with reporting bias. There’s also a serious lack of fair reporting in general. The media has become too obsessed with getting views and clicks from viewers, rather than reporting on all the important information of the day. Everything needs to be sensationalized — or at the very least, interesting to view.

And look, I understand news organizations need to make money. However, it has serious impacts on the integrity of journalism.

One of the biggest problems this causes is disproportionate reporting. Pretend you’re ordering ramen, and you tell someone who’s never had it that you got egg, bean sprouts, seaweed, pork slices and sesame seeds as toppings. Without specifying how much of each ingredient you got, it sounds like the chef gave you an equal amount of everything even though everyone who’s had ramen knows you only get a light sprinkle of seaweed strips but enough bean sprouts to basically drown your bowl.

It’s the same with the news. Journalists, reporters and experts familiar with a particular subject might know that perspectives in stories are not equally represented, but unless reporters indicate that imbalance, the general audience does not. And this is quite clear in climate reporting. The news, particularly broadcast news, often represent deniers and scientists in roughly comparable proportions, but the reality is that the vast majority of experts agree climate change is real and serious. As John Oliver satirically points out in an old clip, if the media committed to fair and proportional representation, panel shows would look very different.

A similar phenomenon might be happening with COVID-19 vaccines. Reporting on which celebrities have suddenly gotten breakthrough cases of COVID-19 is much more interesting than reporting on the efficacy of the vaccines and the fact the vast majority of people who die or are hospitalized due to COVID-19 at this point are unvaccinated.

This does make logical sense. With revenue on the line, what news organization would report on boring subjects such as vaccine efficacy and the decade of boring research behind the vaccine when they could be talking about exciting celebrity news that simultaneously scares and shocks their audience?

But the problem is this isn’t a proportional representation of what’s going on. In most states, the percentage of breakthrough COVID-19 cases that result in death is less than 3 percent. Very few vaccinated people contract severe COVID-19. But as the media focuses on celebrities who contract the disease, it gives off the false impression that COVID-19 and the delta variant are just as dangerous to the vaccinated as the unvaccinated — which is certainly not the case.

This is a big issue not only because journalists have some responsibility to public health — or at the very least, not encouraging dangerous behavior such as avoiding the COVID-19 vaccine. More and more, the focus on spicy outliers instead of the salient mundane represents a shift away from journalism that we can trust and rely on to journalism that is not much different from trashy reality TV.

And I don’t know about you, but I’d much rather leave the drama to Hollywood.