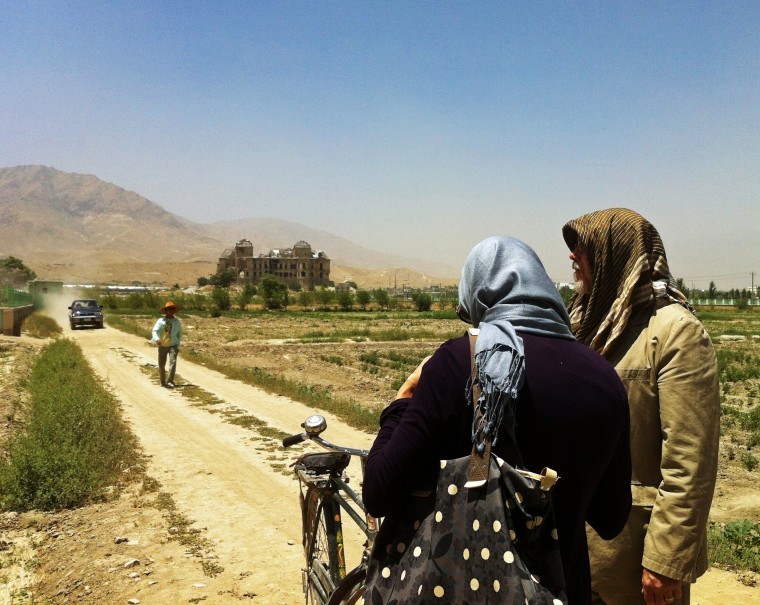 The plight of the refugee is unfortunately common. Refugees all over the world strive to escape the violence and brutality of their own countries. They seek safe havens in which they can make a better life for themselves — or even places where they can just stay alive. This is what is happening right now in Afghanistan, where many are suffering through no fault of their own.

After the recent end of the United States’ nearly 20-year military occupation, the Taliban, an Islamist militant group, has taken control of the country, causing many Afghan residents to face the threat of brutalization from Taliban rule.

The United States was in Afghanistan for so long that the Afghan government and people relied very heavily on us for stability. Since we made them so reliant on the us, we cannot simply turn our backs now.

While I agree the U.S. made the right decision in pulling our troops from Afghanistan, we still need to take responsibility for the repercussions of our actions.

These people need help, and they need a new home. It is now the responsibility of the United States to provide that for as many Afghan refugees as possible.

So far, many Democratic and Republican governors have said they will be accepting refugees and believe it is our country’s responsibility to do so.

For example, Maryland Gov. Larry Hogan has said the state has committed to taking in 180 refugees so far and believes we have a “moral obligation”  to do so.

Hogan is right. Taking in these refugees is simply the right thing to do. If these people are forced to stay in Afghanistan, they can face horrible treatment from Taliban leadership.

This is especially true for women, as the Taliban would likely place women in a subjugated, submissive role. During their past regime, the terrorist government forbade women from attending schools, going to work or leaving the house without a man with them — and many fear a return to systematic oppression, despite the Taliban’s claims of relative modernization. If the United States has any means to help save these women from oppression, we need to do it.

Furthermore, there are many Afghan people who are our allies and have helped us over the last two decades. Many Afghans served as interpreters for U.S. troops, diplomats and others. We have an obligation to help people who have served the U.S. in Afghanistan get out of the country as they are likely targets of Taliban retaliation.

It is frustrating that some people believe we have already done enough for Afghanistan, and we do not have a responsibility to help anymore. In the nearly 20 years the United States has been involved in Afghanistan, we have certainly had an effect on the conditions we see today.

Now, if the United States knowingly turns a blind eye toward those in need, including these women and allies, we would be ignoring the very values of freedom and liberty that we promote.

In recent remarks, President Joe Biden has pledged to consider every opportunity to help our Afghan allies get to the Kabul airport and out of Afghanistan. This is certainly a critical first step, but he needs to pledge to welcome them into the United States as refugees, too.

The U.S. is one of the largest, wealthiest countries in the world with one of the most successful economies. In order to hold ourselves accountable for the role we played in creating the current crisis in Afghanistan, we must allocate some of our money toward aiding these refugees — even if that means housing them within our own borders.

Many of those who are clashing over the best policy for refugees seem more interested in winning bigoted political points than ensuring the protection of humanity. While several Republican leaders have expressed support for welcoming refugees, some Republicans have said Afghans pose a “security threat” and they will be “replacing” natural-born American citizens. This is simply racism veiled as legitimate concern for the wellbeing of our country and by no means counters the necessity of this American mission.

Afghan refugees need to be welcomed, and we should embrace the diverse cultures and traditions they will bring. Unity is what will help our world prevail through violence and terror.

Today, the focus is on Afghan refugees, but if the United States steps up now, we could set a precedent for future generations on the importance of taking responsibility, and of helping people around the world.

Courtney Cohn is a rising junior journalism and government and politics major. She can be reached at cncohn1@gmail.com.