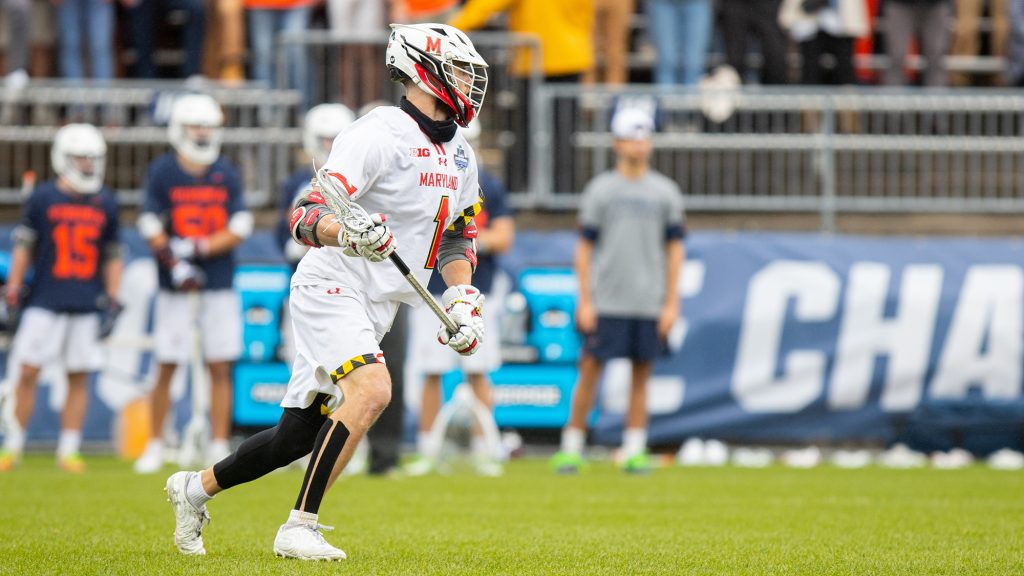 Jared Bernhardt surveys the field during Maryland men’s lacrosse’s 16-17 loss against Virginia in the national championship on May 31, 2021. (Julia Nikhinson/The Diamondback)

Jared Bernhardt, Maryland men’s lacrosse’s all-time leader in goals and points, has been named the 2021 Tewaaraton Award winner. The announcement was made during halftime of an opening weekend Premier Lacrosse League game.

Bernhardt, who led the nation in scoring this season, was one of five finalists for the coveted award in 2019, the last time the prize was awarded.

The senior, who returned this year to play his fifth season, is the second Terp to win the Tewaaraton for men’s lacrosse since it was established in 2001. Matt Rambo took home the award four years ago.

Bernhardt passed Rambo for the most goals and points in Maryland history this season and finished with 202 and 290 in his career, respectively.

On their way to the National Championship game, Bernhardt and the Terps knocked two other Tewaaraton finalists out of the NCAA tournament — Notre Dame’s Pat Kavanagh and Duke’s Michael Sowers.

After being named Big Ten Offensive Player of the Year, Bernhardt scored 18 goals and notched 24 points over four games in the NCAA tournament.

He was a four-time All-American according to the United States Intercollegiate Lacrosse Association during his Maryland career, including this season.

Bernhardt returned to College Park in January after about 10 months away from lacrosse — and he returned as the team’s undisputed leader. Monday’s title game marked the last time he’ll don the historic No. 1 jersey.

The Maryland lacrosse legend was drafted 19th overall in the Premier Lacrosse League’s College Draft April 26, but he has said he’ll pursue football rather than joining the league.