Maryland baseball is ranked for the first time in 4 years 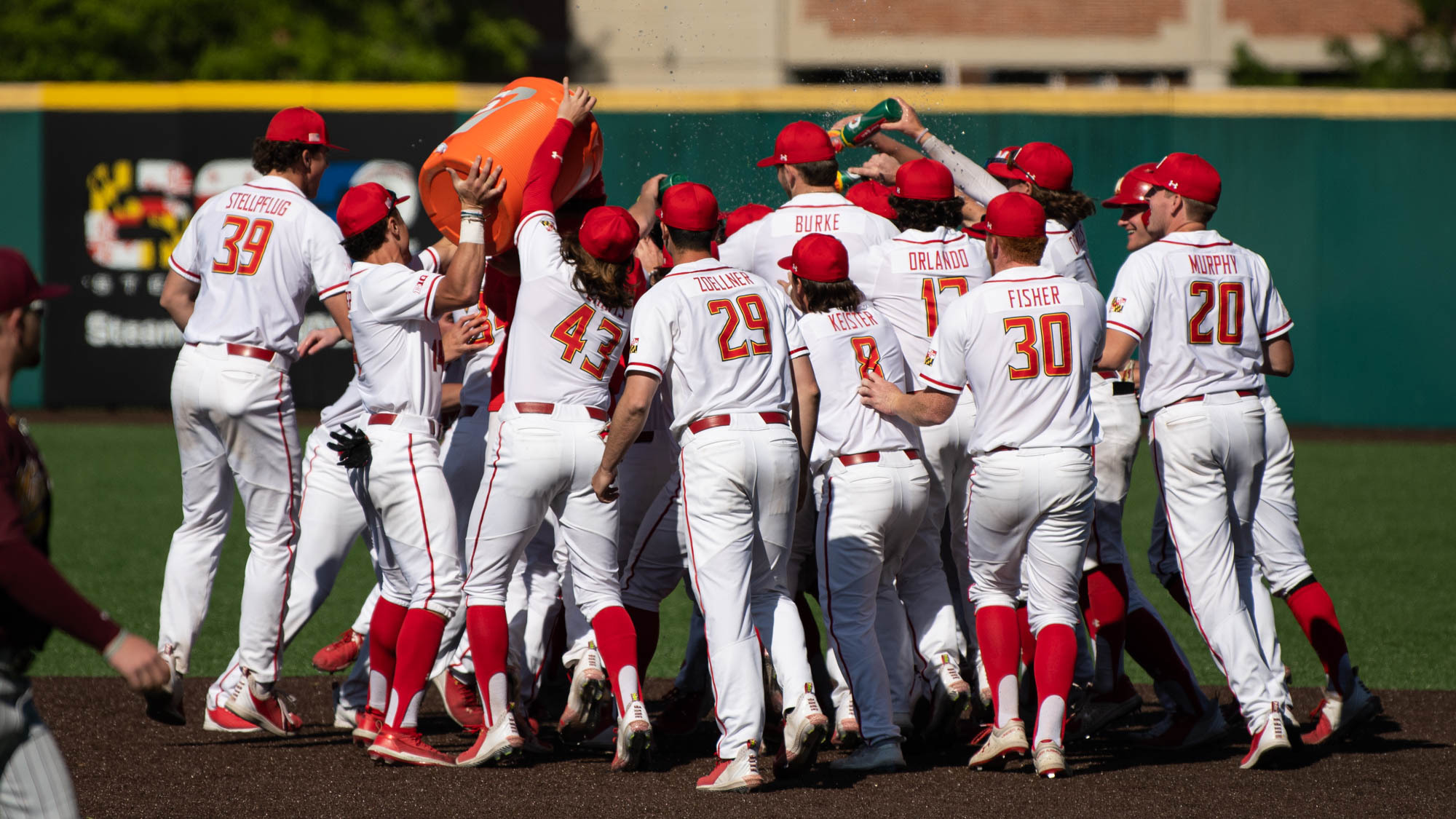 After winning the season series against Michigan over the weekend, the Terps now come in at No. 25 in the D1Baseball poll. It is the first time since 2017 that coach Rob Vaughn’s squad has been ranked.

Fellow Big Ten team Nebraska is the only other ranked team in the Big Ten, coming in at No. 20 after sweeping Ohio State and Indiana over the weekend. Michigan dropped out of the top 25 after losing its series to Maryland.

[Maryland takes critical series from No. 24 Michigan with 7-3 win]

The Terps do not have a chance to clinch the Big Ten regular season title because the Cornhuskers were newly minted as conference champions on Sunday.

This means Maryland will not have an automatic bid to the NCAA tournament, though it does have a strong chance to make the postseason field of 64 as an at-large team sitting in second place in the Big Ten with a record of 26-15.