Maryland women’s lacrosse blows out High Point, 17-6, in first round of NCAA tournament 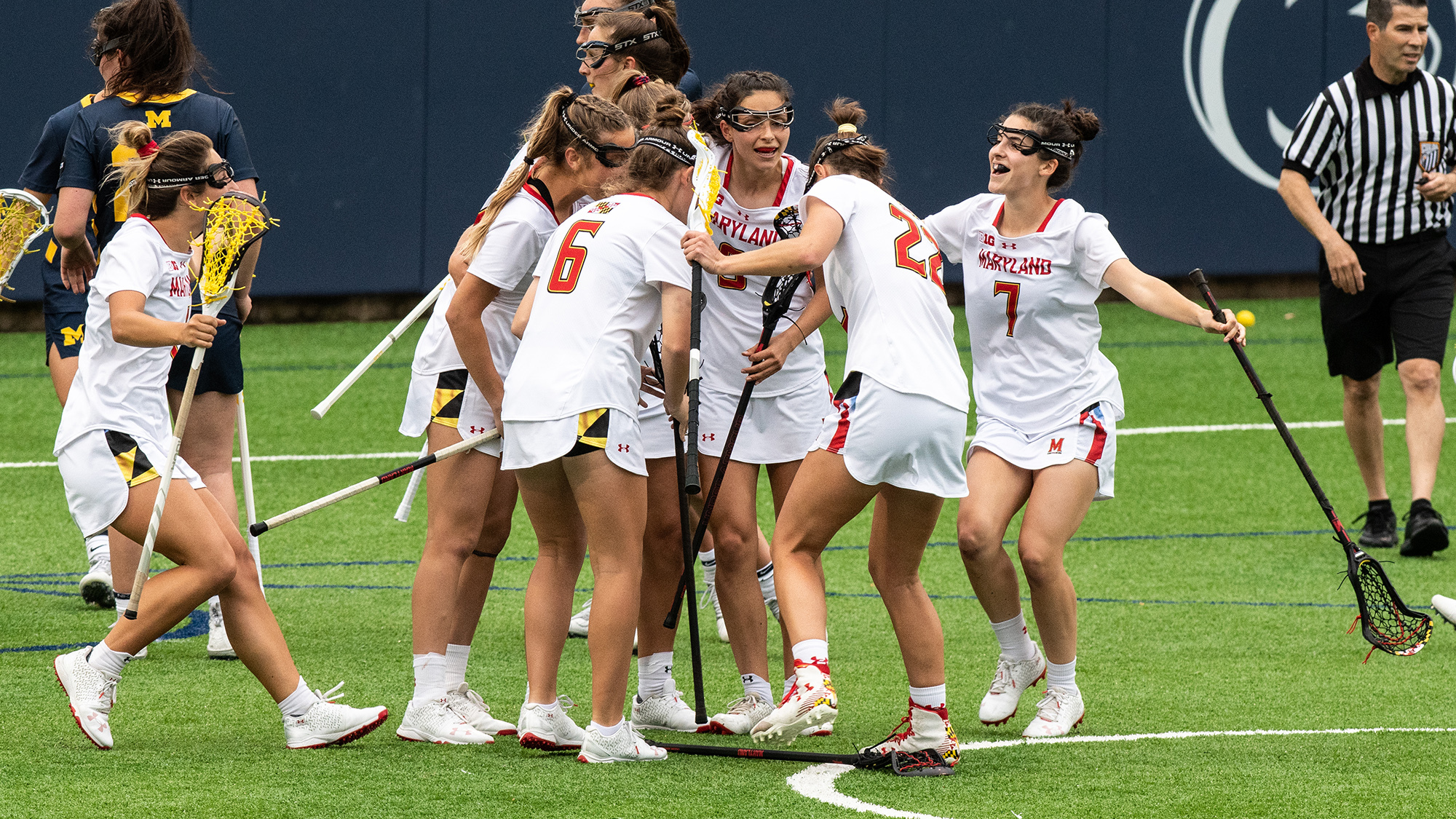 Coach Cathy Reese has said all season that she wants Maryland women’s lacrosse to play at its highest level in May.

The young Terps squad hasn’t always put together full performances during the 2021 campaign, but when it came time for the NCAA tournament, they showed off a level of consistency that reminded opposition why they’re the defending national champions.

In one of its strongest performances to date, Maryland dismantled High Point in the opening round of the NCAA tournament, 17-6, setting up a second round matchup with No. 7 Duke on Sunday.

“We’re improving every single game and it shows,” defender Lizzie Colson said. “We’re getting stronger in all different areas and I’m excited to see what happens on Sunday and to go from there. We’re peaking at a great time and I think a lot of people would agree with that.”

The Terps had a dominant 9-0 run in the first half to set themselves up well, but it was their continued pressure in the second half that made their win eye-catching.

Maryland had to weather the storm early, struggling to win on the draw, going 5-1 down at one point.

Although they kept it close, never falling more than a single goal behind the Panthers, the Terps were showing a lackluster performance up front in the opening five minutes.

Then the draws started to come, and they came from exactly where they have all year — Colson.

Colson won four straight draws, each of which resulted in a Maryland goal. Three of Colson’s pickups led to free position goals from Brindi Griffin, Libby May and Hannah Warther.

“Wherever the ball is, there’s Lizzie,” Reese said of the Tewaaraton Award Finalist. “She just has such a presence around there in the draw circle.”

The fourth ended in a nice finish from freshman Eloise Clevenger, who pocketed her second goal of the game and season in her first NCAA tournament appearance.

Players like Clevenger peaking at the right time gave the Terps an extra boost they’ve lacked throughout the season.

Laurie Bracey, who has only started one game this season, put together a few strong clashes with Abby Hormes, one of the top goal-scorers in the nation. Bracey and the Maryland backline kept Hormes scoreless for over 53 minutes.

“A player like Abby is hard to stop when she can get a full head of steam,” Reese said. “So we knew that one of us couldn’t defend her, everyone needed to be aware of where she was so we could help and slide that way. Bracey did a nice job of that.”

In her first NCAA tournament appearance, May showed out with a career-high five goals. She was key to the Terps keeping their foot on the gas pedal, scoring two goals early in the second half.

Following those four goals off Colson’s draws, Maryland wouldn’t let up, notching four more goals, getting Hannah Leubecker in the mix for her first goal in the tournament.

High Point finally broke the big run from the Terps as Kaely Kyle found the back of the net to bring the score to 11-4 late in the first half, but that would be the last time the Panthers would get past Emily Sterling until 6:30 left in the game.

Sterling was solid in net all night racking up 11 saves and a career-high .733 save percentage. Thanks to the sophomore and her defensive unit, Maryland conceded its lowest goal total since March.

The Terps continued to rack up goals as looks came easy and often. Maryland ended the matchup with seven different scorers and shot at .531, its best rate all season. Reese is always looking for her team to shoot .500 or over, and her squad did it for just the fourth time this season. But, it’s the second consecutive game they did so.

“It was definitely reassuring for us,” May said. “Something that we’ve been working on is pulling away from teams. We really did a good job of staying disciplined.”

The Terps are peaking at the right time and gave a performance that will make some teams rethink how they approach the defending national champs.

It’s not often Maryland enters a tournament as underdogs, and after a commanding win against High Point, the Terps are on the march to another trophy.

“I love where we are,” Reese said. “I don’t know if we’re peaking, because I still want to think our best is yet to come. But, I just want us to keep making sure we’re dialed in and ready to attack on all areas on Sunday.”