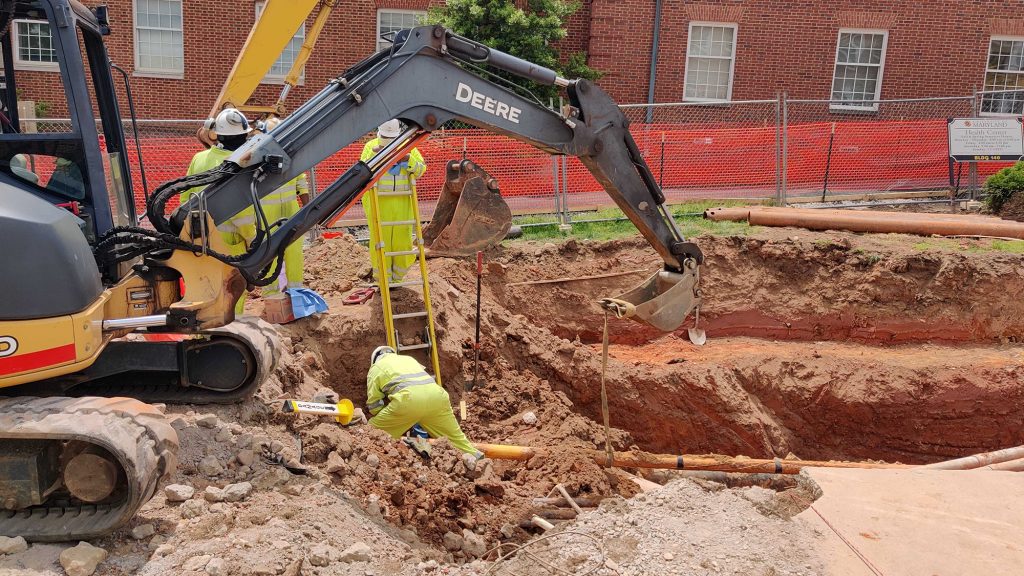 University of Maryland community members evacuated eight campus buildings Friday morning after a gas line was struck on Campus Drive, according to a campuswide alert.

The line is between the Stamp Student Union and the University Health Center, according to a separate alert. The buildings evacuated were Stamp, the health center, H.J. Patterson Hall, Nyumburu Cultural Center, Jimenez Hall, St. Mary’s Hall, the Edward St. John Learning and Teaching Center and Symons Hall, according to the alert.

As of 11:36 a.m., the gas leak had been contained, according to an alert. The buildings that were evacuated are being checked as a precautionary measure, and the university will provide an update once buildings have been cleared.

As of 12:48 p.m., 10 buildings had been cleared: the health center, the St. John Center, Stamp, Symons Hall, Dorchester Hall, St. Mary’s Hall, Jimenez Hall, H.J Patterson Hall, Nyumburu and the microbiology building. The health center is closed for the rest of the day.

After Purple Line contractors notified the university that a gas line had been struck, university police restricted traffic on Campus Drive and ordered the evacuation of the buildings, according to a university statement

Campus Drive reopened Friday afternoon, according to an alert sent at 3:15 p.m.

Washington Gas reported to the scene, according to another alert.

A plastic gas pipe was accidentally damaged during construction in front of the health center, a construction supervisor from Washington Gas said. The pipe is still being fixed, and workers have to replace the damaged section of the pipe, the supervisor said.

A spokesperson from Washington Gas said it is unclear when the repairs will be fully completed.

Community members have been advised to avoid the scene and follow police directions.