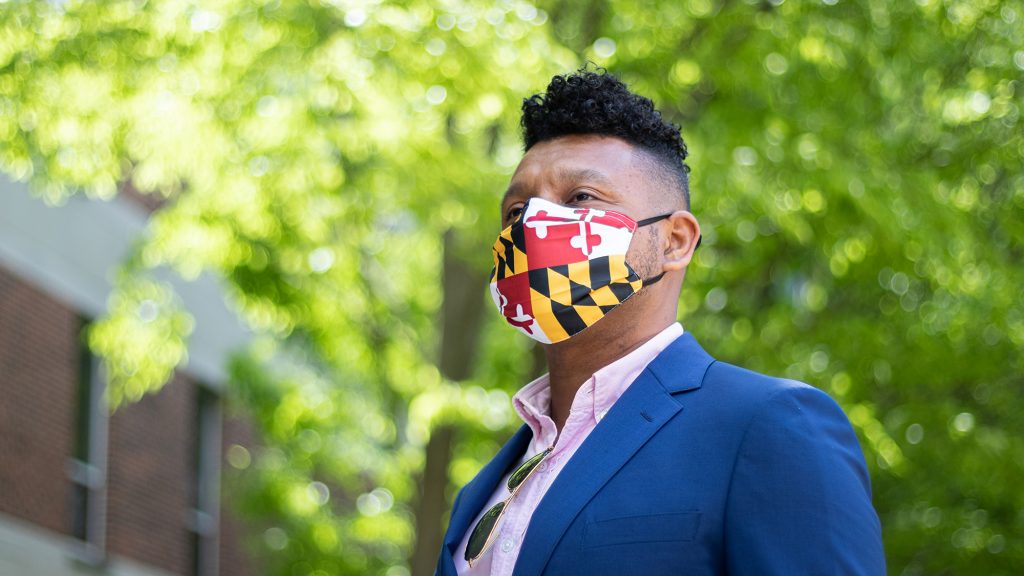 University of Maryland alumnus Raymond Nevo had a defining moment after he drove to Georgia alone. He sat in his silver 2014 Honda Civic on New Year’s morning to canvass in the outskirts of Atlanta for the U.S. Senate runoff election earlier this year.

When the 37-year-old Democrat drove back to his home in Hyattsville on Jan. 6, he knew he was ready to run for the Prince George’s County Council District 2 seat that opens in 2022.

District 2 — which includes nearby Adelphi, Hyattsville and Langley Park — is currently represented by Deni L. Taveras, who is term-limited.

“It felt like a very natural next step for me, as I stay motivated by the big picture of the world I want to see, is to not only be an advocate, but be an advocate with some decision making power, which is why, ultimately, I’m running for the seat,” Nevo said.

Last summer, Hugo Cantu, an alumnus of the public policy school, suggested that Nevo run for public office. By a matter of chance, the county council seat in the district where Nevo lives was opening up. He filed to run on April 14.

“As we started to get to know each other, I started to very quickly believe that [Nevo] should be someone to run,” said Cantu, who is Nevo’s campaign manager. “When? I didn’t know. And for what office? I didn’t know. But I knew deep down that he was going to be the guy.”

Another monumental experience for Nevo, who majored in public policy, was taking a course on housing policy just weeks after his grandmother found housing after being homeless for nearly a year.

“Learning a lot of the history of housing policy and realizing that my experience, while terrible and devastating, was not unique, and that our system was in many ways built for this outcome for people like myself, is really what pushed my path forward,” Nevo said.

While he had struggled with housing insecurity before, his push into housing policy came from seeing the experiences of those around him.

Nevo, who currently works at the National Housing Trust, said he is also passionate about health care access, police reform and expanding language access. He plans to increase the county’s influence in building and preserving affordable housing and making right of first refusal a regular practice in the county. Right of first refusal allows the county to regulate the sale of multifamily rental housing by refusing offers from developers to give contracts to third-parties such as nonprofit organizations.

“[Raymond] brings a richness to his own experience in housing, and the challenges with housing throughout his life, that he was the perfect person for the job he has,” said Jennifer Littlefield, director of undergraduate studies for the public policy school.

Littlefield taught both Cantu and Nevo, and anticipated their potential based on their active contribution in class and how “they were always willing to share their own rich experiences.”

Cantu, who grew up in Prince George’s and Montgomery counties, said it is important for government and politics to reflect the communities they represent and “the struggles that they’ve been through,” especially to avoid creating a “disparate impact” from policy interventions.

“Raymond’s got this weird thing about him that he just kind of pulls you in and he leaves impressions and he lets you know that he has got your back in a lot of regards whether you’re in the room or not … he’s been an advocate that he’s been his whole life,” Cantu said.