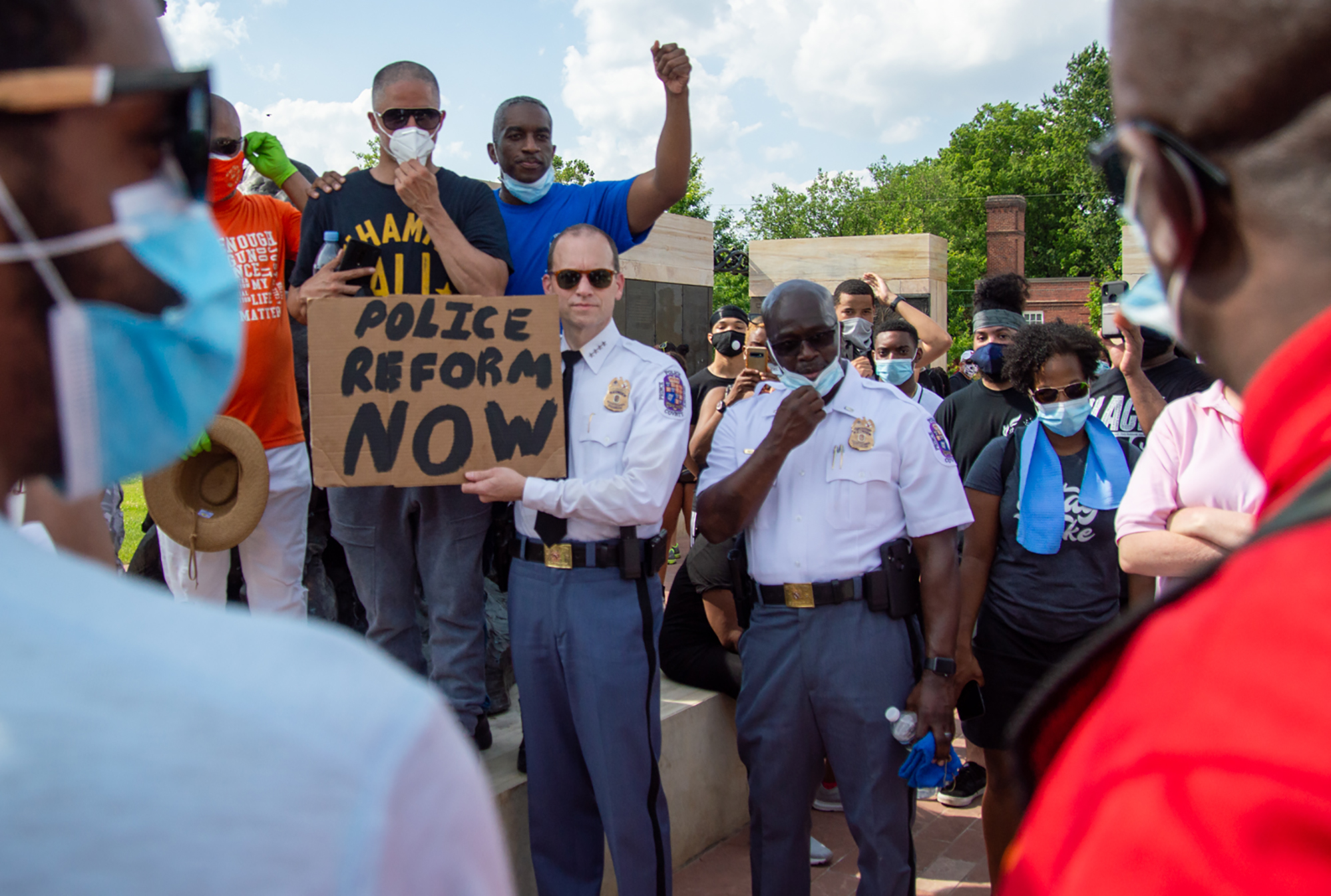 I couldn’t help but feel relief when I saw the crowds of anxious people outside the courthouse in Minneapolis celebrating Derek Chauvin’s second-degree unintentional murder conviction. Anyone who has paid attention to the horrible police killings that are so characteristic of our American “democracy” knows verdicts like this one are extremely rare.

The verdict surely gave so many people, especially those affected by police brutality, a chance to breathe a small sigh of relief. But it is extremely frustrating to see Chauvin’s conviction used to justify placing faith in our country’s criminal justice system. What kind of barbaric society do we live in where we can’t even be certain that a murder caught on video will be ruled a murder, and where our leaders thank Black people for being murdered by the state?

Chauvin’s conviction is not proof the criminal justice system can be relied on to give victims of police violence justice or hold police “accountable.” Instead, it is only proof that when threatened with powerful opposition, the criminal justice system is willing to sacrifice one of its own in order to satisfy public outcry and avoid civil unrest.

According to Philip Stinson, a criminal justice professor at Bowling Green State University, only 121 police officers have been arrested on charges of murder or manslaughter for on-duty killings since 2005. Among the 95 officers whose cases were decided, just 44 were convicted — often on a lesser charge. To give you a sense of scale, on-duty police officers shoot and kill about 1,000 people per year. Of course, the statistics on officer killings are very limited. The difficult part about finding comprehensive statistics on killings by law enforcement in the United States is that these records are strangely hard to find.

If we’ve established the law statistically overlooks police killings and records of these killings are incomplete, then how can we see Chauvin’s conviction as accountability? Cops are not accountable to us — especially as long as they deliberately conceal evidence of their wrongdoing, and as long as the law continues to help them get away with killing people. One murder conviction in a sea of murder acquittals is not accountability: It’s an anomaly that likely results from fear of further mass civil unrest.

This is evidenced by the barbed wire fences placed in Minneapolis and by the mobilization of the National Guard in cities across the U.S. in anticipation of the Chauvin verdict. No one militarizes and occupies their own cities unless they are afraid a not-guilty verdict will ignite intense protests. Chauvin’s conviction was not justice, it was pacification. If there is anything to celebrate, it is the tireless work of activists and community members that gave the criminal justice system something to fear if Chauvin was not convicted.

You don’t even have to look far into the past to find a macabre collection of police killings of Black people and people of color for which officers were never convicted. In 2018, 19-year-old Anton Black was killed in police custody after officers kept their weight on him even after he was handcuffed and on the ground.

Breonna Taylor was killed in her apartment last year, and none of the officers who fired shots were charged with murder. In an excruciating turn of events, hours before Chauvin’s trial began, 13-year-old Adam Toledo was shot and killed by police in Chicago while he had his hands in the air. Officers called the incident an “armed confrontation,” despite the fact that bodycam footage shows Toledo threw the gun he was holding down before raising his hands.

Cops cannot be “held accountable,” especially when they are the backbone of our criminal justice system. To pretend otherwise is to be in a deep state of denial. If we want real justice, we need to build a system of accountability where cops are not part of the equation. As evidenced by police power to kill, crush dissent and evade conviction, police are occupiers of our communities who are therefore not accountable to community members. True justice is abolition.

While it is completely justifiable to feel relief at Chauvin’s conviction, we absolutely cannot take this verdict as assurance that our criminal justice system can be reformed, or that it cares about the lives of Black people and people of color. This verdict is not proof that we are heard. It is proof we are feared and the power we hold collectively is so great that it must be pacified by the courts or by militarized force.