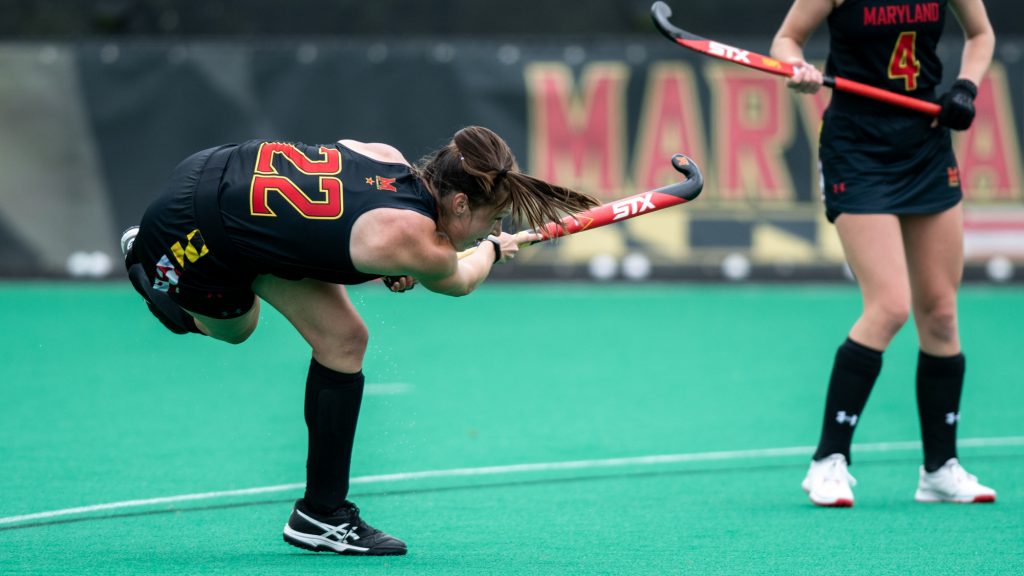 Even before the Terps began practicing among themselves, associate athletic director Sue Sherburne was on one or two Zoom calls every day as fall sports teams looked for ways to host championships in the spring.

Afterward, Meharg would receive a “Big Ten Update” email every Friday, which brought news on the conference and its member schools trying to figure out how to make it happen.

“She’d give us updates and updates and updates,” Meharg said about Sherburne. “And I thought to myself — there’s no way that all of these people in every school and the Big Ten conference office … would be doing this amount of work if we weren’t going to get it done.”

As she sits in her hotel room in Iowa preparing to take on the No. 4 Hawkeyes, Maryland defender Riley Donnelly thinks about how grateful she is to be playing this spring field hockey season.

“I think it’s just that much more appreciated after having to wait that long amount of time,” Donnelly said. “Every day, when things seem to get too big or too nerve-racking, we just remind ourselves we’re just lucky to be out here playing the sport that we love.”

[Maryland field hockey turned it around in weekend sweep of Rutgers]

Donnelly has enjoyed a successful spring season playing a key role in the Terps’ strong defensive unit that’s limited its opponents to 10.3 shots per match. She uses her unique drag-flick shot to lead Maryland’s penalty corner and stroke attacks and has found the goal six times — making her the team’s leading goal scorer.

Looking stellar on both ends of the pitch this season, Donnelly has racked up both Big Ten Offensive and Defensive Player of the Week honors. And with the regular season in the books, the Terps’ two-way star was named to the All-Big Ten First Team.

“It gives me extra confidence going into the tournament,” Donnelly said. “Definitely very grateful for the opportunity.”

Throughout this season, Meharg has seen Donnelly grow tremendously every week, and she thinks Donnelly’s in a great spot ahead of No. 9 Maryland’s Big Ten Quarterfinals date with Iowa.

While the No. 4-seed Terps’ matchup against No. 5-seed Iowa is at 2:30 p.m., that’s not the only field hockey they’ll be watching on Wednesday — another thing for which Meharg is grateful.

“I’m grateful that there’s so much tactical and scouting and stuff happening right now,” Meharg said. “The women and I spoke yesterday in a team meeting, and I said, ‘you guys win, lose, draw — watch these teams live, we’re going to be playing them in four months.’”

Gratitude has been a theme among athletes around the country who have been afforded the opportunity to compete in the midst of the pandemic. Still, it can be easy for negative attitudes or mindsets to develop.

But Meharg said she rarely sees that from her team — and if those mindsets have emerged, the leadership of players such as captain Brooke DeBerdine, Donnelly and goalkeeper Noelle Frost have quickly turned frowns upside down.

“We are so fortunate to be able to have advanced hockey class every day,” Meharg said.