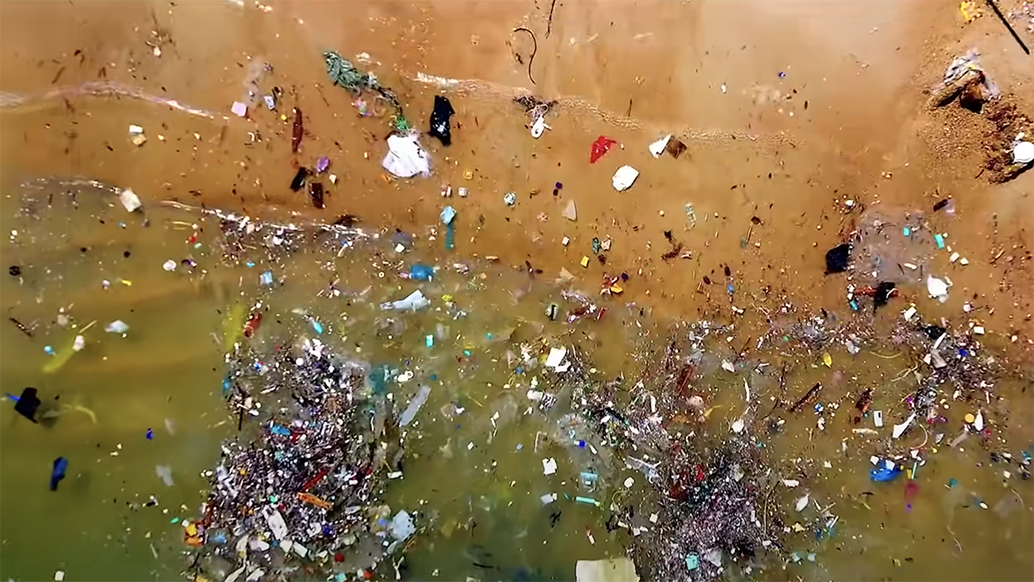 You’ve probably heard the widespread statistic that vending machines kill more humans each year than sharks. But did you know that, while sharks kill only around ten people per year on average, humans kill anywhere from 11,000 to 30,000 sharks per hour?

That’s only one of the myriad of shocking statistics filmmaker Ali Tabrizi reveals about the commercial fishing industry in his latest Netflix documentary, Seaspiracy (yes, yes, I know, “conspirasea” was right there).

Seaspiracy will remind you of predecessors in the genre such as the 2013 documentary Blackfish, but it takes on a much broader and incomprehensibly deeper antagonist than Seaworld Orlando. And even if you’re not already familiar with the complex, unethical practices committed by the international fishing industry, the two central themes of this film will likely be instantly recognizable to any viewer.

The first is a tale as old as the industrial age: overconsumption.

Among the oceanic experts featured in Tabrizi’s story is an advocate for saving sharks — interestingly, a victim of a shark attack himself — who points out that though thousands of sharks are caught and not killed, they still have their fins removed for shark fin soup, a status symbol dish that runs upwards of $100 per bowl despite lacking significant nutritional value or desirable taste.

Of course, the cost for this meaningless indulgence is much greater than $100. The documentary points out that for every shark caught and maimed for its fin, many more are killed indirectly. These deaths, essentially the collateral damage (described as “bycatch” in the film) of fishing, has devastating ripple effects on the ocean’s entire ecosystem.

And sharks aren’t the only victim of the fishing industry’s endless greed. After witnessing the pointless and excessive killings of dolphins, the team behind the film spends some time trying to understand the motivation. “Pest control,” environmental expert Tamara Arenovich answers, explaining that fishing crews view dolphins as competition because they consume the fish they’re targeting, killing an extra twelve for every dolphin caught.

The film continues to highlight examples like this, making one of the most morbid studies Tabrizi points to — which predicts completely lifeless oceans by 2048 — almost seem like a foregone conclusion.

If you’re to believe Tabrizi and the experts he features, the verdict is unmistakably clear: The world needs to severely limit — perhaps even temporarily eliminate — its consumption of seafood. It’s a stark reality, and one that’s naturally controversial for fish lovers and those concerned for developing communities alike. It’s also one many influential environmental justice groups and lawmakers refuse to admit when Tabrizi has pressed them on the subject.

This leads to the second theme in Seaspiracy: The media narrative on what is most substantially plaguing the oceans is wildly distracted, corrupt or both.

Again, the film makes an undeniable case here. The commercial fishing industry kills hundreds of thousands more sea turtles than plastic straws do (which account for a meek .025 percent, according to the film, of all plastic entering the ocean). It harms more sea animals in a day than the notorious 2010 oil spill in the Gulf of Mexico did in a span of three months. And, according to the film, 360,000 fishery workers died from occupational hazards in the same 15-year span that saw about 4,500 U.S. soldiers killed in the infamous Iraq War. These latter statistics seem almost incomprehensible, because if true, how had we not heard this before?

Tabrizi asks this very question, finding few answers beyond a deceitful business model that includes fisheries committing illegal acts and the nonprofits and law enforcement agencies that turn the other way. Some of the film’s most theatrical parts occur when the crew is forced to turn its cameras off and rely on spy cams — or to speed away from interviews of survivors, blurred out in fear of retaliation — upon reports that local police have found out what they’re investigating.

[‘Godzilla vs. Kong’ delivers amazing visuals and fights scenes — but that’s it]

This observation culminates with one of the film’s darkest discoveries: modern-day slavery on some of the commercial ships, where vulnerable people are kidnapped and exploited for cheap labor. One shadowy figure, a victim concealed for his safety, speaks of attempting suicide three times during his six-year enslavement. Another spoke of being constantly watched while captured at sea for nearly a decade. These revelations are hardly common knowledge; this is the problem. The reporting exists, the experts are there and yet, our collective attention is not.

Seaspiracy will stun you. And every new exposé like this brings a new demand of how a decent, socially conscious person should be operating. That’s where the compassion fatigue becomes hard to resist. We’re not supposed to buy cheap fast fashion but it’s bad to thrift too, and by the way, did you see The Social Dilemma? Because if you had, you would’ve deleted all your social media apps and put your phone in a blender by now.

It’s difficult to imagine enough people will be able to decrease their seafood consumption, much less to the extent needed to even marginally reverse this bleak of a crisis. And it doesn’t help that the fishing industry is basically built to evade accountability, operating in the middle of the vast ocean, far away from any regulators.

As the film’s ending note states though, no one person will do everything. But we can all do something.