Maryland baseball’s pitching staff will be tested against Northwestern, Michigan 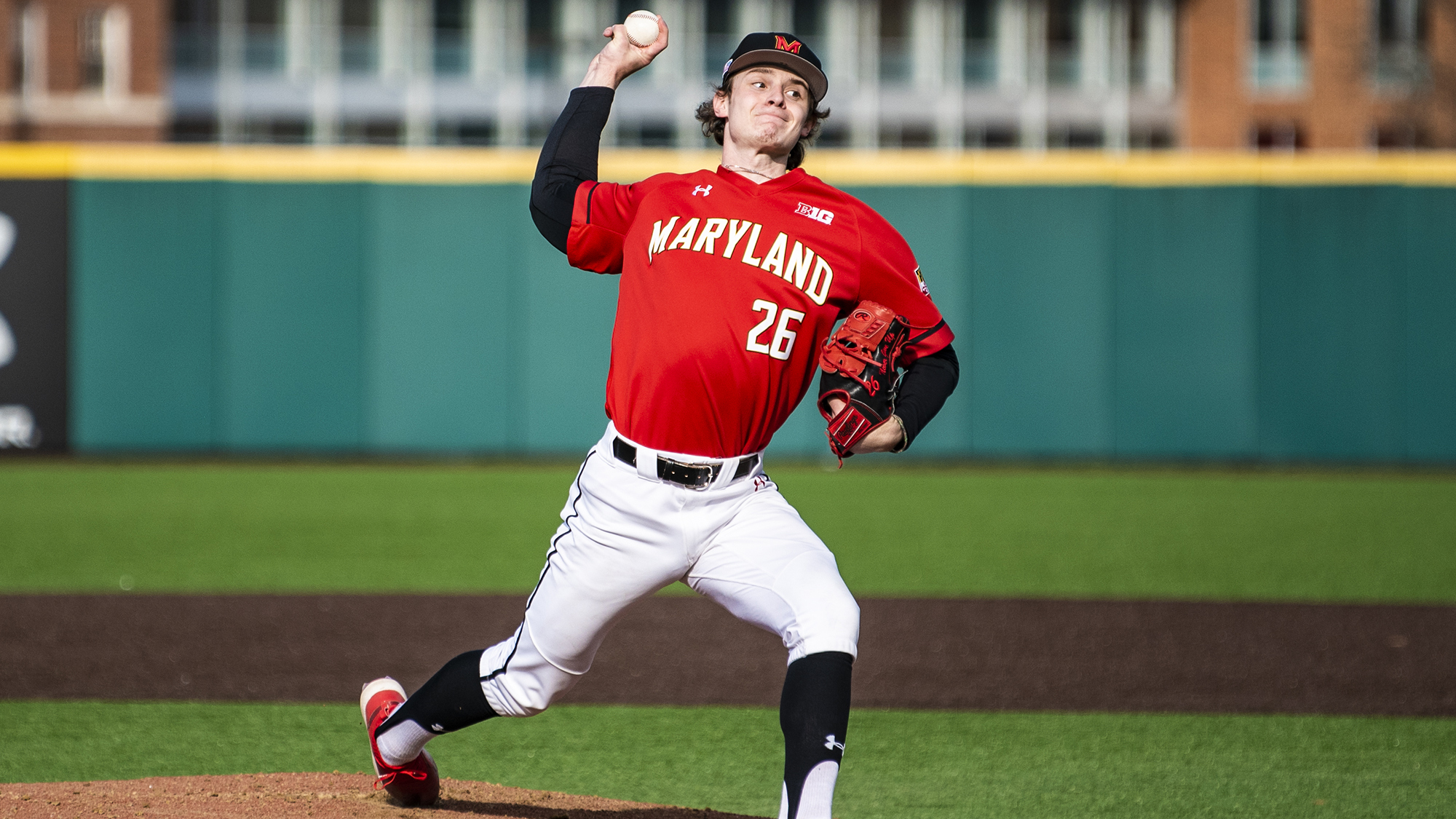 Explosive hitting, a great pitching staff and limited chances to make up for their mistakes.

These are the obstacles that Maryland baseball will have to overcome in their “pod” at home this weekend against Northwestern and Michigan. And with the Wildcats up first, the Terps’ pitching group will be tested right away.

Northwestern is coming off a two-game stretch that saw them put up 28 runs, 14 home runs and 36 total hits. The Wildcats haven’t gone an entire series against a team this season without scoring double-digit runs.

“The thing that’s most impressive about their offense is they don’t have one guy [that can hit],” coach Rob Vaughn said. “Northwestern is pretty balanced like 5-5-6 [home runs] in their lineup.”

Going off what Vaughn said, the Wildcats have four batters with five or more home runs on the season. Starting pitchers Sean Burke and Nick Dean will have their hands full with one of the deeper power-hitting lineups in the Big Ten.

Burke hasn’t put up the flashiest numbers on the scoreboard, but he’s been a strikeout machine. Through four starts he has 39 strikeouts, good enough for second in the Big Ten.

Dean is a newer face on the mound. He had a bout with mononucleosis that kept him out for the first few weeks of the season. In his first performance against Ohio State last weekend, Dean threw a three innings and allowed a single run before being pulled in the fourth. According to Vaughn, the Terps would like Dean to throw about “60 to 65” pitches this weekend.

Both pitchers will face off against one of the most ferocious offenses in the Big Ten and hope to come out unscathed.

As for the Wolverines, the Terps will have their hands even more full.

“Against a team like Michigan, you’ve just got to lineup and play good baseball,” Vaughn said. “You’re going to get runners in scoring position … when you get them, you’ve got to be ready to go.”

The No. 25 Wolverines are tied for second in the Big Ten at 11-4 and represent some of the stiffest competition the conference has to offer. Thankfully for the Terps, their pitching matchups look favorable.

Maryland will field Connor Staine and Jason Savacool against Jacob Denner and Blake Beers in their two games against the Wolverines. Savacool has been the Terps’ best starting pitcher, entering his start with a flawless 4-0 pitching record.

“You’ll have [Savacool] going against them one game,” Vaughn said. “You like your chance with him on the bump anytime he touches the baseball.”

Staine hasn’t been quite as strong on the mound but has still posted a respectable 26 strikeouts in four starts.

Michigan’s duo of Beers and Denner have ERAs of 6.75 and 4.32 respectively and a collective record of 1-1. The Terps will have the benefit of not facing the Wolverines’ best pitcher in Steven Hajjar who leads them in ERA and strikeouts.

Regardless of the challenges the Terps will face this weekend, it all comes down to one thing: defending their home turf.

“This needs to be a place that’s really hard for other teams to come in and play,” Vaughn said.