Finding hope and strength in Passover traditions after a broken year 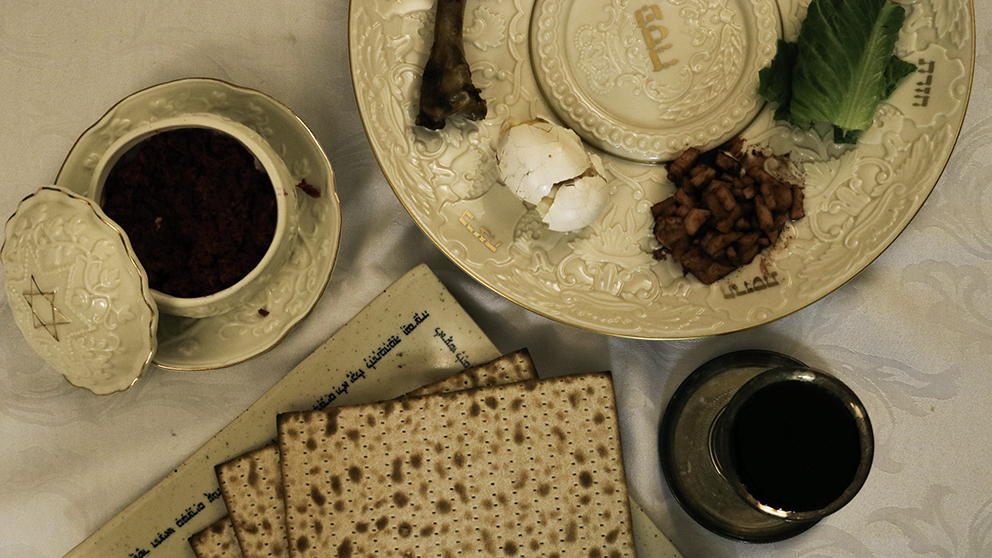 After sunset on Saturday night, Jewish people around the world joined together for the Passover Seder, a festive meal that includes prayer, storytelling, singing, food and reflection. For my family, this holiday always meant having more people in our home than the space allowed. We would add an extra table to elongate the dining room, and friends, family and colleagues would pack in like sardines in the late afternoon, excited to begin the Seder.

This Passover looked different. We were not in a home filled with more than 20 people. The heat of overused ovens did not create unbearable humidity in the crowded yet welcoming space. The smell of chicken and matzo ball soup didn’t fill my nose as I greeted guests at the door.

Instead, I was with my siblings on a rooftop in Washington, D.C. The city lights were behind me, and the chilly March wind wisped my hair into my face and got caught in my mask. My sister passed us folding chairs through her apartment window, which we had climbed in and out of to access the roof. We sat apart from each other and took off our masks sparingly. A few of my family members were on Zoom on a laptop at the end of the table. My 98-year-old grandmother excitedly waved to me through the screen throughout the night.

As a child, boredom would take over quickly during the Seder as I counted down the pages of the Haggadah, the book that holds the prayer and song and is used to guide the order of Seder. First, we pray, then we retell the story of our ancient Jewish ancestors, then we eat, and then we sing. This year, the themes of Passover sank in more deeply as I sat on the dimly lit rooftop.

There are many different ways one could interpret Maggid, the storytelling portion of the Seder. On the surface, it’s about the exodus of the Jewish people who were enslaved in Egypt thousands of years ago. The story also includes reflection of the pain past generations suffered, a series of miracles, hope for the future and a series of lessons: justice, not just for our own people but for those still fighting for justice and freedom today; empathy, not just for those around you but for those whose ancestors felt the pain of oppression; gratitude that you are alive and free today; and hope for a brighter future.

What better way to reflect on the pain of past generations than to have three generations present at the Seder? Many Jewish people come together as a family for this holiday for this exact reason. Although sitting with grandparents was impossible for us this year, I couldn’t help but consider this aspect of being with family as my grandmother reminisced on her past.

When my late grandfather was away fighting in World War II, she was working for the government and pregnant with her first child. What did Passover look like then? What did it look like when so many young Jewish Americans were fighting a war and suffering the immeasurable, painful loss of the Jewish people during the Holocaust — a loss that is now included when we mourn the brokenness of our ancestors at the Seder table, one that exemplifies the ongoing fight for justice and empathy for past generations that is taught in the Haggadah, written centuries ago during another agonizing loss of Jewish people during the Spanish Inquisition? Was there any sense of gratitude and hope that the Haggadah so clearly instructs during this time?

The timeliness of these themes in 2021 is uncanny. The emotions that surround me at this time fit into the lesson molded by the Haggadah. Last Passover, although we also attended Seders through Zoom, there was little hope. Nobody knew what was to come in March 2020. This year, we mourn the loss of life, the loneliness and isolation, the inability to see family. We reflect on the fight for justice in the face of oppression while simultaneously having hope for the future. Perhaps my grandparents, great-grandparents and ancestors who were surrounded by so much pain understood this, but I never truly grasped the mixture of despair and hope while also being grateful until this year.

Most of all, I was inspired. I could empathize with the brokenness and past traumas of my ancestors in order to see what is still broken today and fight for those still suffering injustices.