Teenagers are smart, motivated and politically savvy. They should get to vote. 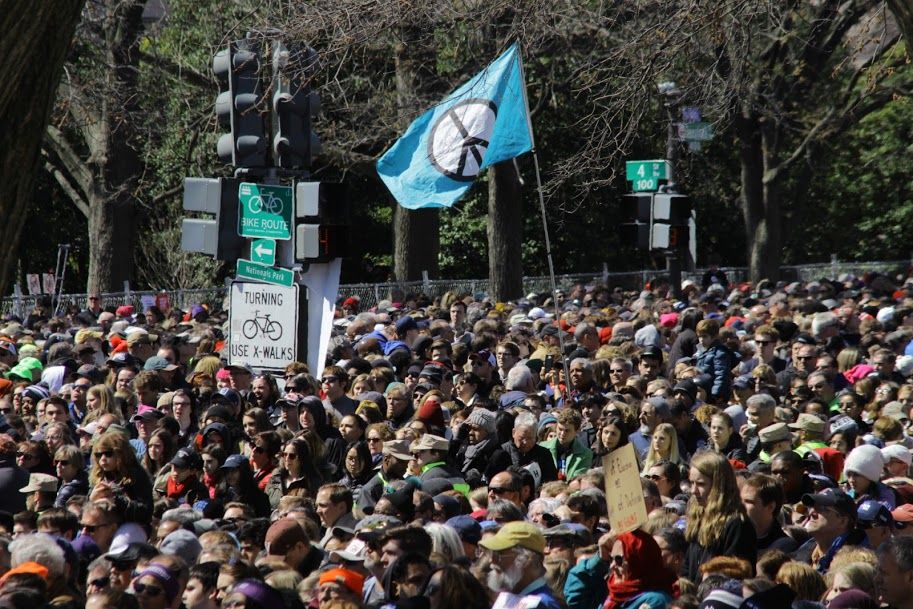 I was so excited when I got to vote for the first time, in 2020. However, that wasn’t the first time that I wanted to vote. In previous elections, such as the 2018 midterm election, I had strong opinions and wanted my voice to be heard, but I wasn’t old enough. I felt stuck, and I couldn’t fight for the change I so desperately wanted to see. And many of my peers felt the same way.

The answer to this problem is simple: Lower the voting age from 18 to 16 in the U.S. This proposal has been discussed and debated for a long time, but now is the time for this dream to become a reality.

Earlier this month, Rep. Ayanna Pressley (D-Mass.), among other progressives, fought to add an amendment to the For the People Act to lower the voting age to 16. The amendment did not end up passing in the House of Representatives. Attempting to include that in this act, which fights for people’s representation in our democracy, correctly indicates that the rights of 16- and 17-year-olds are being violated in this country, as they do not have the right to vote. By refusing to include this amendment, representatives showed their true colors, as there is no real reason to deprive older teens of the ability to vote.

Many 16- and 17-year-olds already participate in major parts of “adult” life. If a 16-year-old can drive, work at a paid job and pay taxes, then they should be able to vote. The laws regarding driving, labor, wages and taxes clearly apply to them, so they should have a say in selecting the lawmakers who create these laws. The phrase “taxation without representation” comes to mind.

Opponents of lowering the voting age frequently point to a lack of education as justification for denying voting rights to 16- and 17-year-olds. But these teens have shown their intelligence and political savvy for years. High school students, such as Greta Thunberg and the Marjory Stoneman Douglas students leading March for Our Lives, among others, have been leading massive social movements and marches for change. Clearly, many high school students are involved in politics and have strong beliefs they are willing to fight for. They’ve taken classes on government and often closely follow politics, leaving them just as educated as many adult voters.

This was the case with me. After taking a government class during my sophomore year of high school, I fully understood how our government functions and was able to build my own political beliefs. I also had already researched my congressional and senatorial candidates. In 2016, I attended the Women’s March because I was passionate about fighting for the protection of women’s rights. Throughout high school, I continued to participate in different movements. Students like me aren’t naive about the state of the world — and we certainly aren’t immune to the government’s effects. Letting older teens vote in national elections would allow them to elect officials who will reflect their views and pursue the change and future they are fighting for.

The future of our country and the world will affect the youngest generation the most. Older voters are not impacted by long-term issues such as climate change the same way younger people are. 16- and 17-year-olds should have a say in what their future holds. Waiting one or two more years to vote is a huge deal. One of those years could be a major election with significant ramifications. Individuals could be ready to vote and elect someone who is truly representative of our country, and these citizens cannot.

Since this would expand and improve our democracy, work needs to be done to make this important change. Just because it wasn’t passed in the House of Representatives earlier this month doesn’t mean we should just give up. More elected officials need to advocate for this change, and voting rights advocates should add this to their agenda.

Beyond looking to officials, those of us who are old enough to vote need to help spread awareness of this issue. Even though it doesn’t affect us now, the feeling of not being able to vote on Election Day is still fresh. The voting age hasn’t been changed since 1971, so this is long overdue. It’s about time to give 16- and 17-year-olds a seat at the table.