March Madness for dummies, from a dummy 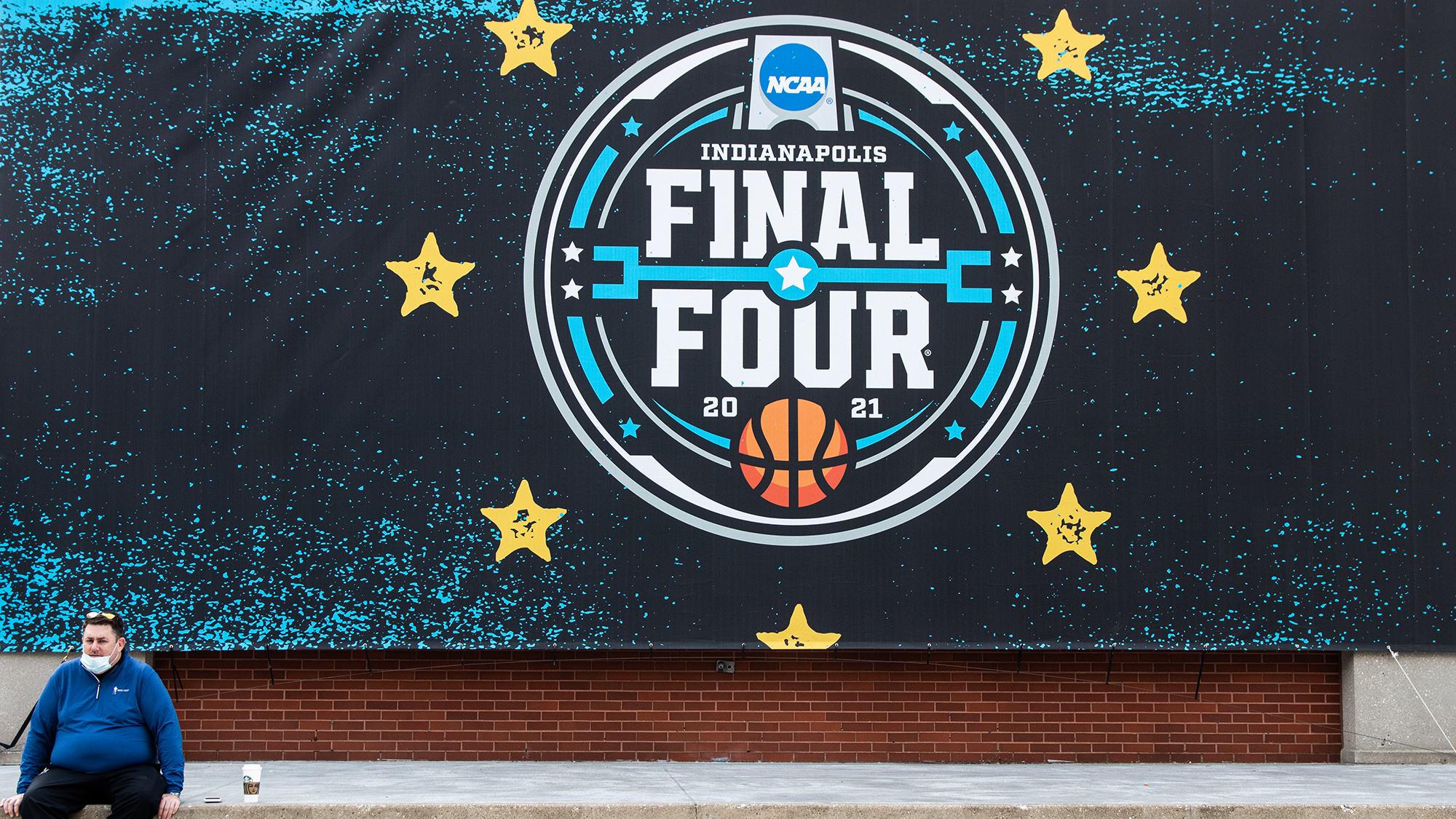 Advertisements for March Madness line the streets of Indianapolis, Ind., where the 2021 NCAA men's basketball tournament is being held. (Julia Nikhinson/The Diamondback)

The month of March means different things to different people. For some, it signifies the end of the winter weather. For others, it’s just a boring filler month before it really starts getting warm outside. But, for a cult-like group of Americans, it means it’s time for March Madness.

To put it bluntly, I think March Madness is dumb. I don’t get the hype, and even though I have a stake in the competition because I go to the University of Maryland, I definitely don’t care as much as I am supposed to.

As a surveyor of pop culture, I’ve forced myself to indulge in some elements of March Madness. Though I don’t watch the games, I put some effort into a bracket just for fun and I try to keep up with any big wins or losses. For the people who also want to feign interest in this sporting event, I’ve put together a basic guide on how to understand how it all works.

The first thing that needs to be addressed is what exactly this is: basketball tournaments run by the NCAA. There’s a men’s tournament and a women’s tournament, which are taking place in Indianapolis and San Antonio respectively. More than 60 teams from different schools compete in each. Fans closely watch the early rounds, building up hype to the Final Four — when only four schools remain — and the national championships.

[Try this aesthetic challenge to mix up your wardrobe]

The tournaments are split into four regions, and the 16 schools in each region are given a seeds that represent how good they are compared to the other schools in their region. This number is determined based on your stats from the season. A No.1 seed is expected to perform better than a No. 16 seed. Got it?

Now that that’s out of the way, there are some big things to know. No. 2-seeded Maryland women’s basketball is advancing to the Sweet 16. Meanwhile, 52 schools have been eliminated in the men’s tournament so far, including the No. 10-seeded Terps.

There were several major upsets, including over Ohio State, UT Austin and Purdue. Do I know why that’s bad? No. Do I care? No.

Oral Roberts University surprised millions across the country with its first-round victory. And yes, there is genuinely a school named Oral Roberts University. Another semi-surprising victory came in Maryland’s men’s basketball’s win over the University of Connecticut. A lot of fans expected the Terps to lose in the first round, but they came through and brought us to the second round (where they lost against Alabama).

President Barack Obama was one of the few who picked the Terps to win the first round in his bracket — and he was president, so if there’s a lesson to be learned here, it’s that more people should’ve trusted his opinion.

The main source of hype surrounding March Madness is the fans. The tournaments often inspire people to gamble their money based on the accuracies of their predictions. Workplaces, friend groups and even families will pool together a sum of money in a winner-take-all kind of tournament. In fact, the phenomenon of the bracket seems to have become one of the main focuses of March Madness.

Quite frankly, I refuse to believe that people dedicate hours of research to build a bracket. I made one, and for the most part, I chose the lower-seeded school to win. If the numbers were too close, then I just chose the school with the nicer colors. And right now, I’m in fourth place in a league filled with my basketball superfan friends.

I don’t get why I’m supposed to care that Duke didn’t qualify for the tournament or that Gonzaga is a real school and not a codename for a drug of some sort. But here’s the thing: My judgment of people invested in bracket competitions is no different than people judging me for rooting for someone on something I like. Competition is natural to the human spirit. Though I’m upset about Bimini Bon Boulash losing RuPaul’s Drag Race UK, why should other people care?

March Madness is slated to end April 5. I don’t know who people expect to win. I don’t know what basketball scientists are saying about the odds. I don’t even know if basketball scientists are a real thing, but, regardless, I would like to imagine that somewhere out there is a group of people in lab coats writing equations on giant chalkboards to determine why we all care so much about balls being thrown.