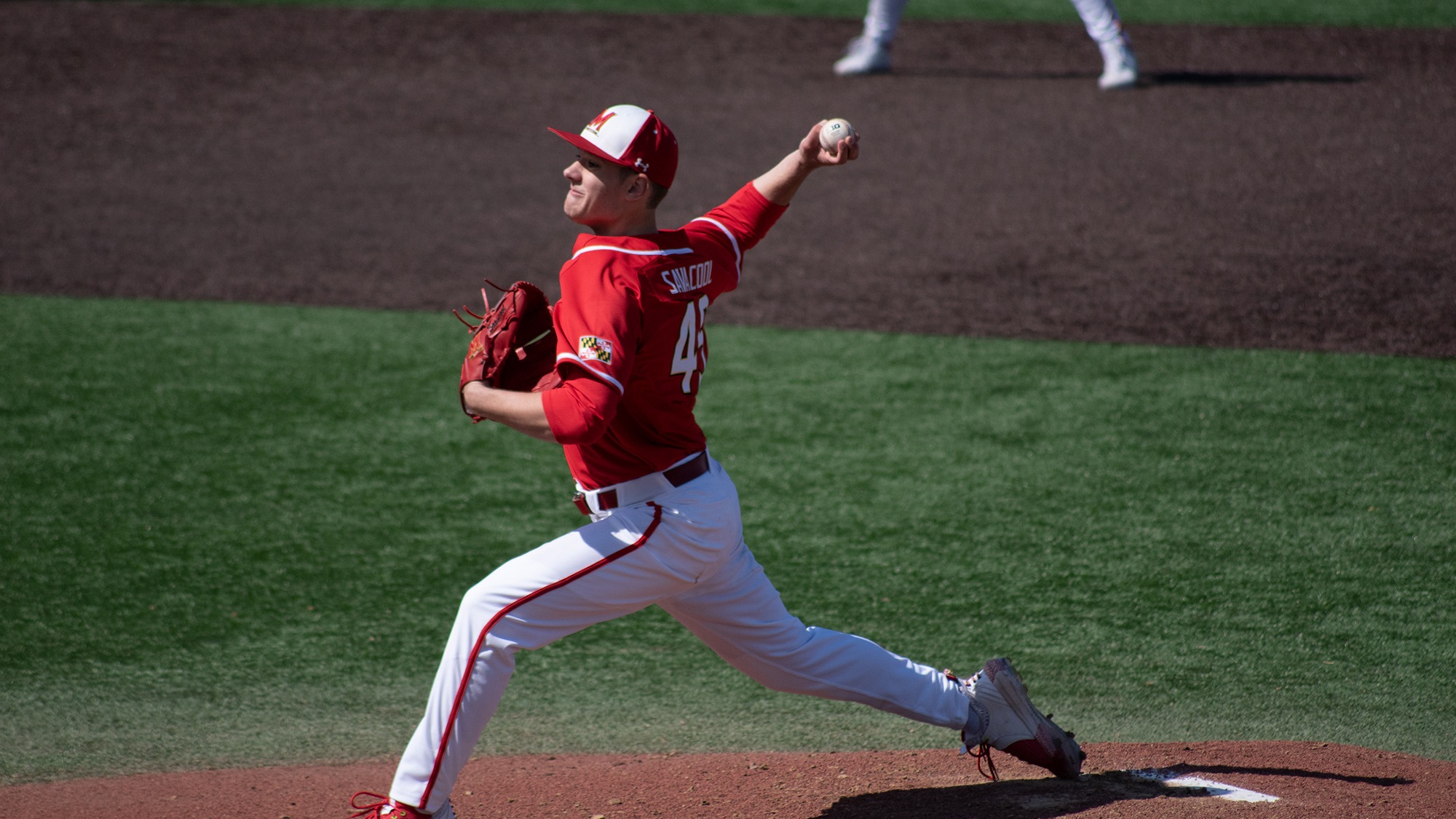 Jason Savacool had been here before. It was the ninth inning and the Maryland baseball pitcher had already retired two Penn State batters. He was primed to finish his second complete outing of the season.

Jay Harry slapped Savacool’s effort into center field. Chris Alleyne tracked the ball well, getting under it just in time to make the catch. Then, came the celebrations. The Terps rode Savacool’s impressive outing to a 7-1 win over Nittany Lions in the series finale on Monday.

Maryland had an opportunity to capture their first series win, and with Savacool — the freshman phenom — on the mound, it looked probable.

And early on, neither Savacool nor Penn State right hander Kyle Virbitsky disappointed. Neither pitcher gave up an inch as the two sides failed to score a run in the first two innings.

But in the third, the Terps would get on the board. First baseman Max Costes returned to the lineup and was promptly hit by a pitch. Randy Bednar then singled, and Bobby Zmarzlak sent Bednar to third on a fielder’s choice. And catcher Luke Shliger slammed a ball down the left field line to score Bednar and send Maryland in front

Savacool stonewalled the Nittany Lions in the bottom of the third but ran into trouble in the fourth.

An error by third baseman Austin Chavis kicked off a Penn State rally that loaded the bases. With a score seemingly inevitable, Josh Spiegel grounded into a double play that allowed the Nittany Lions to sneak a runner across home plate. But Savacool settled down and struck out the next batter to end the theatrics.

And the Terps bounced right back.

Chavis reached base on a dropped third strike, Bednar walked and Costes was plunked for the third time in the game. Zmarzlak then singled in Chavis, and Shliger recorded a sacrifice fly to put Maryland back in the lead.

With Costes on third, Logan Ott plunked a ball down the third base line that crawled like a bunt. Costes broke to the plate, and as he slid low to avoid catcher Matt Wood’s high tag, he caught Wood’s leg in an awkward position. Wood buckled and had to leave the game.

Though that ended the inning, the Terps continued pushing for the series win. With Savacool on the mound, Maryland had a talisman to lean on.

A clean fifth and sixth inning from Savacool kept the Terps out in front. The Nittany Lions struggled to string together outs, giving up three runs in the seventh as Maryland’s lead grew to six.

And it would stay that way. Savacool went the distance for the second time in his young college career, striking out three while giving up just five hits.

He bookended his dominance with a quick 1-2-3 inning in the ninth as the Terps rolled to their fifth victory — and first series win — of the season.