Back from an injury, Kyler Greenwalt is powering Maryland field hockey’s attack 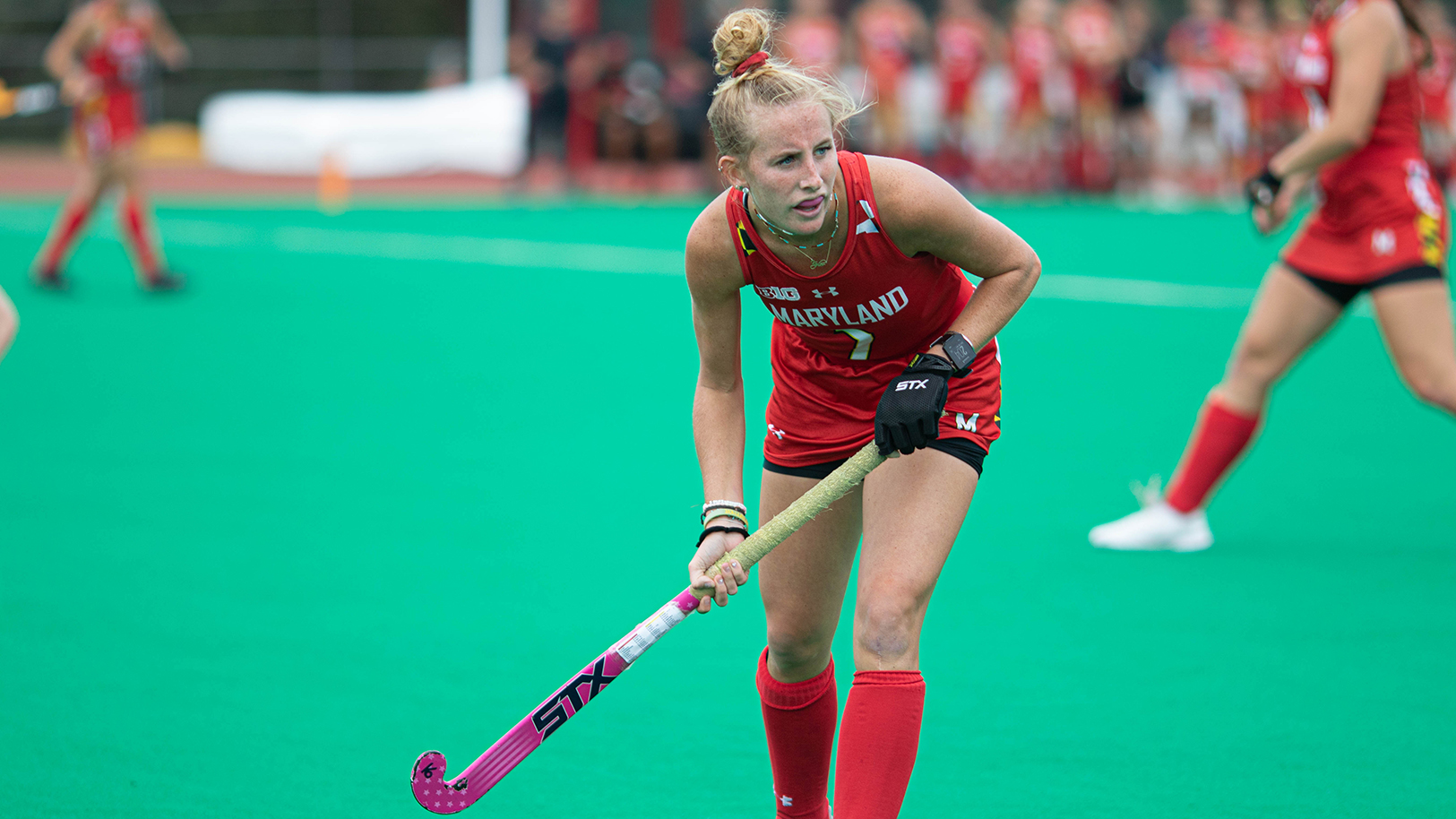 Kyler Greenwalt’s sophomore season was cut short early after she suffered a torn ACL. But, as Greenwalt’s teammates and coach Missy Meharg have said, she didn’t miss a beat and worked as hard as anyone to get back on the pitch.

Despite their 2-2 record, the Terps’ offense is averaging 1.67 goals per match. This weekend, the team will face a Penn State squad averaging 0.67 goals through its first three matches.

“You can definitely see how much she wants it,” defender Riley Donnelly said.

Before the season, Meharg said Greenwalt, a Gambrills, Maryland, native and Archbishop Spalding alumna, is one of the best field hockey players in the state. But it’s not just her talent that impresses.

“You can just see how much she loves being out there on the field and wants to work hard for her teammates every day,” Donnelly said. “And that just brings a great energy to the whole team.”

[When it needs a stop, Maryland field hockey turns to Noelle Frost]

That energy in Maryland’s offense has led it to outscore its opponents by an average of one goal per game. Its seven total goals on the season rank second in the Big Ten, trailing only Northwestern, which has beat the Terps twice.

“I think we have very, very good players, and I think we’re just still coming into our own,” Meharg said. “I don’t think we’ve seen what this team can do from a collective offense.”

This weekend, the squad will see Penn State goalkeeper Brie Barraco, who is averaging 1 goal against this season and has made 20 saves.

But a lot more gets the Terps excited about traveling to face the school representing the state with which it shares a border; eight of Maryland’s 20 players hail from Pennsylvania.

“Usually a third or more of our team are state of Pennsylvania citizens,” Meharg said. “It’s a lot of rivalry from a recruiting standpoint.”

Pennsylvania has a variety of renowned field hockey clubs, Meharg said, which are the best in the country. Many think the best field hockey players from the Keystone State go to Penn State, and the best of the Old Line State play for the Terps.

But Meharg said she thinks the best players from Pennsylvania go to Maryland, too.

Maryland would know. One of its best performers so far this year is from Pennsylvania. Donnelly, a defender who has been so strong on offense that she earned the Big Ten Offensive Player of the Week honor, said her familiarity with Penn State’s players might just offer a cutting edge.

“As a defender, it’s sometimes easier to defend them if I can anticipate what they’re gonna do, because I know their style of play, what their favorite skill is,” Donnelly said.

And in a fierce rivalry, those small advantages might be crucial.