Maryland baseball drops both games of doubleheader with Michigan State 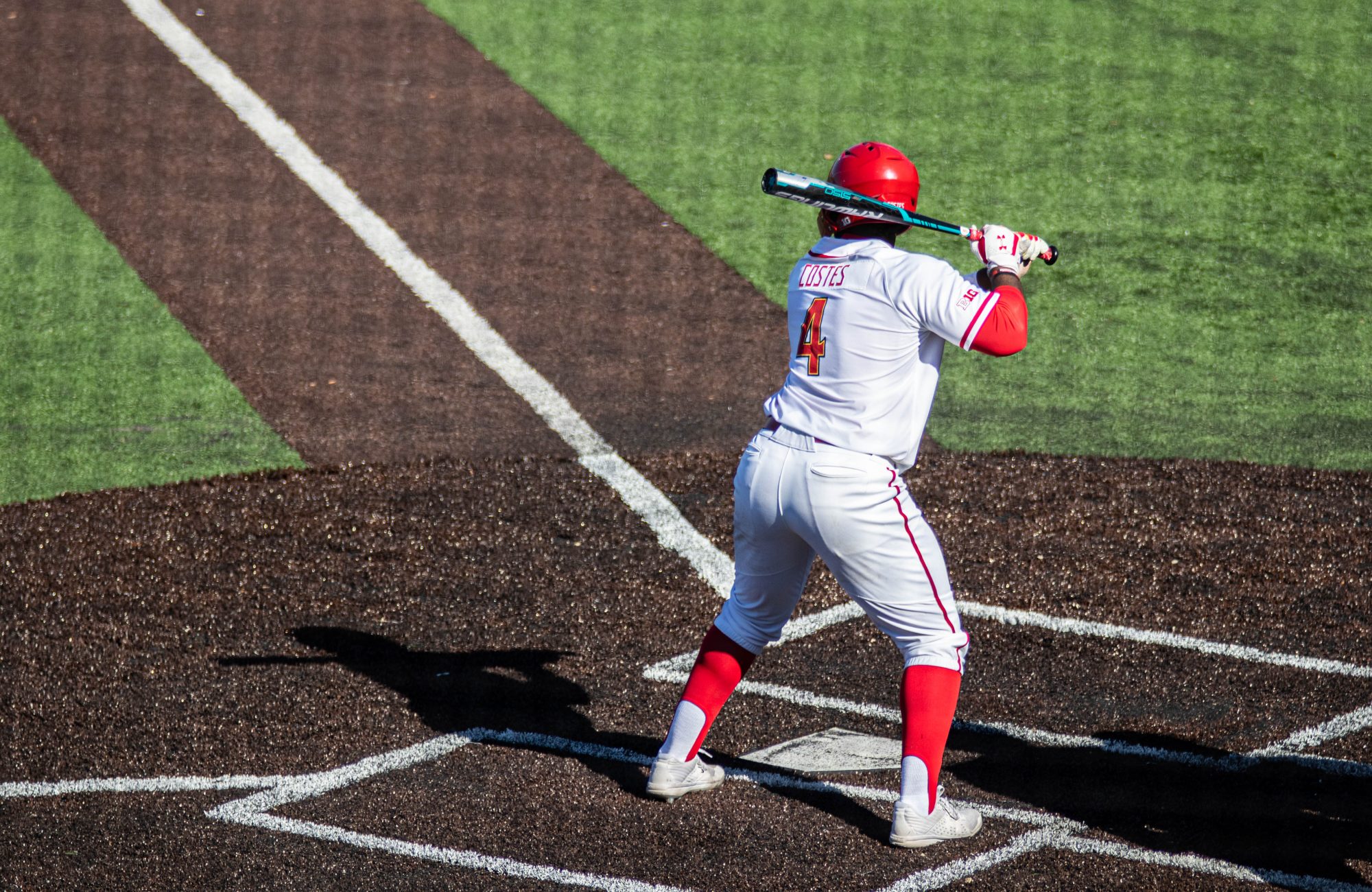 Maryland baseball needed progress. But Michigan State was just one step ahead at every turn.

While a spark of offensive production kept the Terps competitive, they were swept in Saturday’s doubleheader with the Spartans. Maryland fell, 7-4 and 5-4.

Michigan State was unforgiving from the first pitch in the day’s opening game.

An early single from Mitch Jebb set the tone for the Spartans, and they flanked the Terps quickly. After some heady baserunning, Michigan State had runners on second and third when right fielder Zaid Walker stepped to the plate.

Walker drove both runners in with a single. He crossed the plate one batter later, courtesy of a Sean Fisher wild pitch. In a flash, Michigan State was up 3-0.

The Spartans lead would grow to four in the third, forcing Fisher to an early exit for Maryland.

Meanwhile, Michigan State pitcher Mason Erla dominated. He struck out five Terps and allowed only one hit in his first three innings of work.

His success waned in the fourth, though, as Matt Shaw and Randy Bednar tacked on singles and Erla walked Bobby Zmarzlak. The Terps finally had a legitimate scoring opportunity with the bases loaded.

And they took advantage.

A Max Costes sacrifice fly and a wild pitch from the suddenly-volatile Erla sent Shaw and Bednar home and brought coach Rob Vaughn’s squad within two.

Maryland had finally knocked the rust off of its bats. Fully in rhythm, the Terps looked poised to pounce in the top of the fifth. Luke Shliger took his turn with an opening triple that dropped in centerfield — and Shliger crossed home plate two batters later.

But Maryland couldn’t capitalize. And Michigan State responded, churning out two runs in the bottom half. They added another run in sixth, putting the game out of reach.

The Terps made things interesting in the last inning, with Ben Cowles hitting a homer to bring Maryland within three.

Maryland put two more men on base, and Costes stepped up to the plate with a chance to tie it with one swing of the bat.

But, he couldn’t make contact, striking out as Michigan State took the first game of Saturday’s doubleheader.

Staine — who finished with a 2.61 ERA in 2020 — earned the start in game two, which began on a more positive note for the Terps. He retired the Spartans’ first three batters in short order, sending Maryland’s bats to work in the top of the second. And the previously-quiet offense delivered.

Michigan State right-hander Adam Berghorst plunked Zmarzlak and Costes to open the frame, while Kevin Keister reached base on a fielder’s choice. With the bases loaded, Cowles stepped up and was promptly hit, plating Zmarzlak. Then, a costly error on a grounder to third sent another two runs home, giving the Terps a 3-0 lead.

Meanwhile, Staine shined. In six innings, the sophomore only gave up one run, a stark contrast to his opposite number. He finished the evening with nine strikeouts while allowing six hits.

“Connor was unbelievably tremendous in game two,” Vaughn said. “Lights out stuff, gave us a chance.”

Berghorst regained control in the third but was whacked around the following frame. Maryland loaded the bases for the second time in the contest, and James Heffley strolled to the plate with one out. He worked a full count, and Berghorst could not find his command. The Spartans’ freshman zipped a fastball high, and Costes trotted across the plate for the Terps’ fourth run.

Iverson singled in a run in the sixth to cut Maryland’s lead to 4-1, and Vaughn turned the seventh inning over to trusty reliever Elliot Zoellner. Then, it collapsed.

Pinch hitter Casey Mayes pounced on the first pitch he saw and doubled down the line. The next ball from Zoellner hit Reese Trahey, and the two baserunners came around on Peter Ahn’s double to right.

And after Zoellner departed, Michigan State pulled ahead. Jebb doubled in Ahn, and Walker legged out an infield single with the bases loaded to give the Spartans a 5-4 edge.

That would be enough for their relievers, who kept the Terps off the board the rest of the way, getting Zmarzlak to strikeout and strand the tying run at third.

Though Staine’s sharp stuff kept Michigan State at a distance, it wasn’t enough as a leaky bullpen choked the lead away. With the series now lost, Maryland will try to salvage a victory in Sunday’s finale.

“We got to get back to work. Beautiful thing is at 1:30 tomorrow we get a chance to do it again,” Vaughn said.