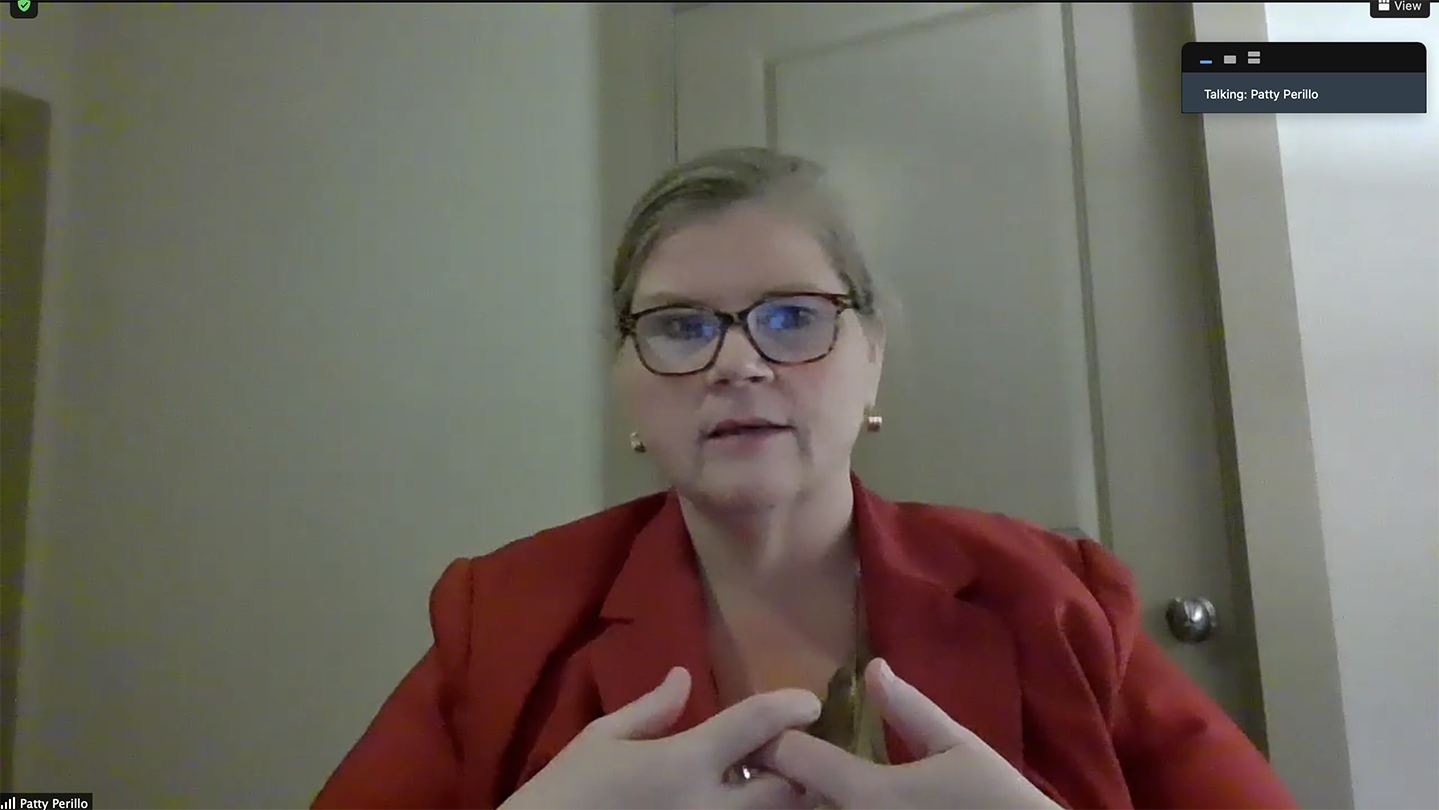 At a community town hall Thursday, Patty Perillo, student affairs vice president at the University of Maryland, outlined how the coronavirus pandemic will continue to affect university operations and events in the coming months.

Plans for the rest of the spring semester

Administrators received confirmation Wednesday that there is a coronavirus variant on the campus, Perillo said, though she said she was unable to clarify which one. She later added that additional information will be available in a campuswide email coming Friday.

The university had been operating under the assumption that a variant was present on the campus because several have been identified in the state, Perillo said.

“It’s probably why we saw swift, quick, intense rise in positive cases,” Perillo said. “We said, ‘OK, we gotta lay low, we got to make sure that we kind of get this in check,’ and we did, actually. The numbers have been really quite terrific.”

Since the university is not offering testing during spring break, it will offer a grace period to those who were planning to get tested during that time, Perillo said. The university does not plan to shut down the campus after the break.

A decision on spring semester commencement will likely be made within the next two weeks, Perillo said. All college-specific ceremonies will be virtual, she added.

Vaccine rollout on campus and the greater College Park community

Once the COVID-19 vaccine became available in the United States, the university formed a working group that has been planning for the opportunity to launch a vaccine clinic on the campus.

Now, the university is discussing the possibility of opening vaccine clinics in July or early August for students, Perillo said.

Perillo added that the university is looking to partner with a hospital or medical center, and it has sent the state a vaccine rollout plan. The submitted plan has not yet been approved.

“We want to do this together. We want to open up a vaccine clinic on our campus, not only for our University of Maryland community but for the outside community too,” Perillo said. “We think it’s really important to provide that.”

[At UMD Senate meeting, Pines discusses what spring commencement could look like]

Perillo also said she plans to meet with the vaccine working group to discuss preparations for when and if the university gets the green light to distribute vaccines. She added that the university will likely receive vaccines once students have started leaving the campus for the summer.

The university also partnered with the University of Maryland Medical System in Cheverly to provide vaccines for faculty and staff. Although the facility has a limited number of vaccines, it has allocated 25 vaccines each week to those “most vulnerable in the community,” specifically those who are a part of phase 1A of the state’s vaccine distribution, Perillo said.

After the spring semester

The university plans to allow people to room in doubles next semester — something that did not occur this academic year — but it has not made a decision on triple and quad rooms, Perilllo said. The university is anticipating 92 to 100 percent capacity.

Kelley Bishop, the director of the university’s career center, said the school anticipates “quite an increase” in on-campus jobs next semester.

Many of the current health and safety guidelines will likely remain in place in the fall, Perillo said, and coronavirus testing will likely also be necessary.

University President Darryll Pines will reconvene the working groups that former President Wallace Loh created last year, Perillo said. These groups will meet to discuss fall semester plans and particular topics, such as whether the university will require on-campus residents to be vaccinated and what the classroom environment might look like.

CORRECTION: Due to an editing error, a previous version of this article’s photo caption mistakenly said the town hall took place on March 5. It took place on March 4. This caption has been updated.
Please support our journalism by donating to The Diamondback.
Categories:
Tagged: