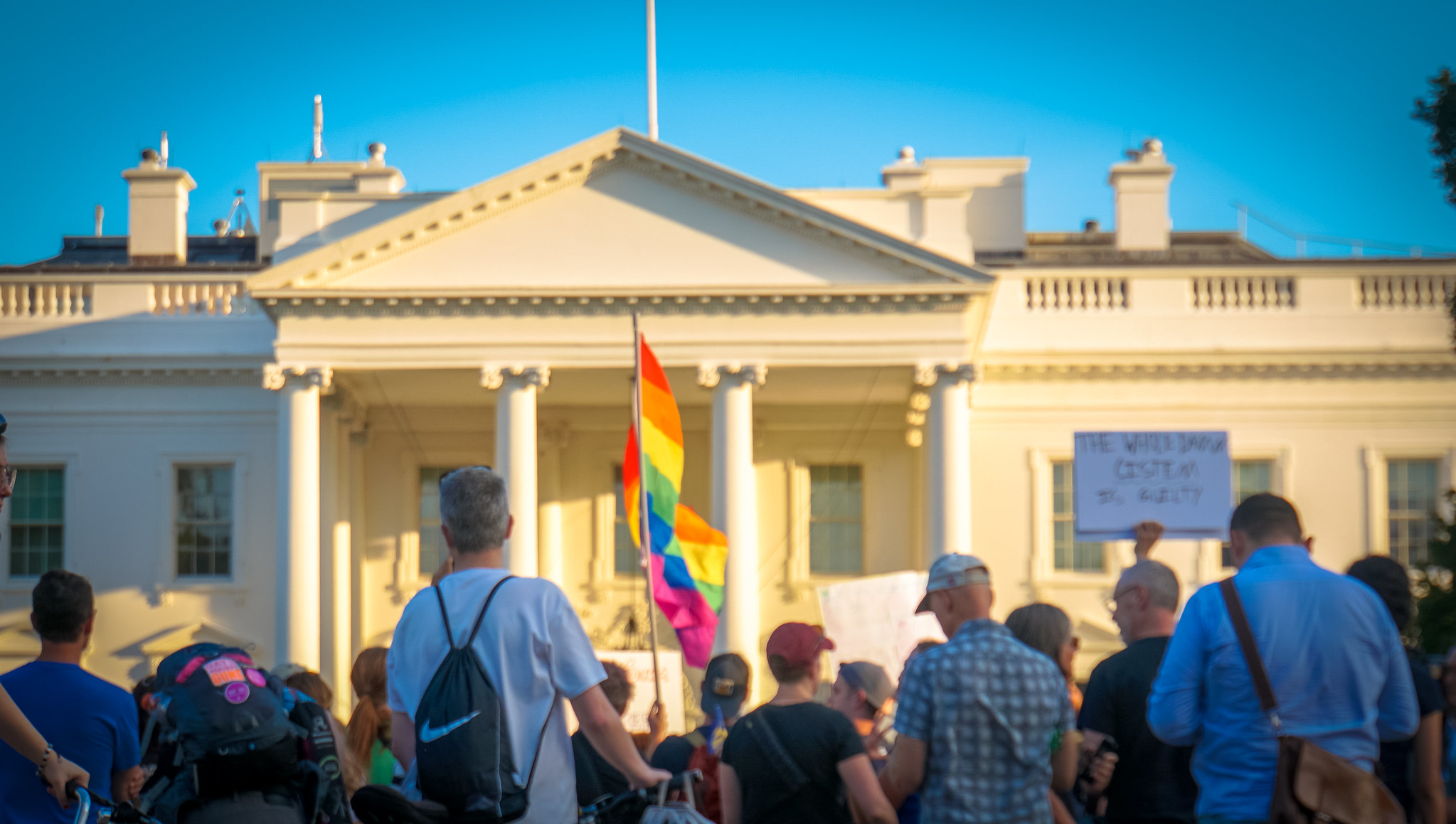 Protesters demonstrate against the trans military ban outside the White House in 2017. (Photo via Ted Eytan/Flickr)

As the Senate debates a COVID-19 stimulus bill, the House of Representatives has managed to pass the Equality Act in a huge step for civil rights. The bill would amend civil rights laws such as the Civil Rights Act of 1964 to ban discrimination based on sexual orientation and gender identity in several areas of life, such as housing and education, a long overdue codification of protections for the LGBTQ community.

It was passed primarily on a party line vote, with only three Republicans supporting it. Those who opposed it range from Congress’ resident far-right conspiracy theorist Rep. Marjorie Taylor Greene (R-Ga.) to so-called moderates like Rep. Elise Stefanik (R-N.Y.) or Rep. Mario Diaz-Balart (R-Fla.), both of whom switched their votes from the last time the bill was up.

Homophobic politics are nothing new to the Republican Party. In the early 2000s, opposing gay marriage was one of the main issues on the GOP platform. Former President George W. Bush made banning gay marriage central to his 2004 reelection campaign, successfully turning out bigoted voters. Leaders in Nevada, Missouri and California successfully pushed ballot measures that banned same-sex marriage.

Despite the party’s history, some pundits believed the party changed after the 2015 legalization of same-sex marriage by the Supreme Court ruling, which took the issue off the table. Before his presidency, some media figures gave former President Donald Trump credit for not being as overtly homophobic as his predecessors. Republicans also seemed to be using other hot-button issues such as immigration as deflections, giving the illusion that they had evolved on the issue of LGBTQ rights.

But nothing’s changed, despite the rhetoric.

Some of the language congressional Republicans used to attack the Equality Act was familiar. They trotted out the long-used excuse that the Equality Act threatened “religious liberty” — as if a person should have the liberty to deny another human being their rights.

In addition to this tired trope, a new strain of anti-LGBTQ hatred has emerged in the party. Much of congressional Republicans’ ire about the bill was directed at the transgender community, especially from Greene, who hung up a sign outside her office that read: “There are TWO genders: Male & Female. Trust The Science!” This was a direct attack on the congresswoman whose office is across the hall from hers — Rep. Marie Newman (D-Ill.), whose daughter is transgender.

This is just one example of a worrying trend of anti-trans rhetoric among U.S. politicians. And while transphobia is nothing new, the trans community’s rising visibility in recent years has made it a bigger target for conservatives. Conservative publications are filled with pieces attacking the validity of trans identities, and Republican leaders such as Sen. Rand Paul (R-Ky.) and Trump have frequently made transphobic statements.

2020 also saw a record number of anti-trans bills introduced in state legislatures across the country. One of the major focuses of these bills has been barring trans youth from participating in athletics. Some assert that allowing transgender women to compete in athletics would “destroy women’s sports.” Another main subject is giving providers the option to deny health care to trans youth, such as children requesting hormone treatment. The Trump administration acted similarly, amending the definition of “sex discrimination” to include only biological sex, not gender identity or sexual orientation.

This all goes back to the transphobic idea that trans women are not real women, meaning they deserve less rights than their cisgender counterparts. These policies legally separate cisgender people — who were not affected by these laws because their biological sex and gender identity are the same — from the trans community.

Both of these policies would be banned by the Equality Act. While the act’s passage in the Senate would definitely be cause for celebration, let’s remember that many in  Congress will likely vote against equal rights for the LGBTQ community.

Some of their language has changed, and the subject of their fear-mongering has shifted from gay marriage to trans rights, but the Republican Party remains an undeniable impediment to civil rights for LGBTQ people.