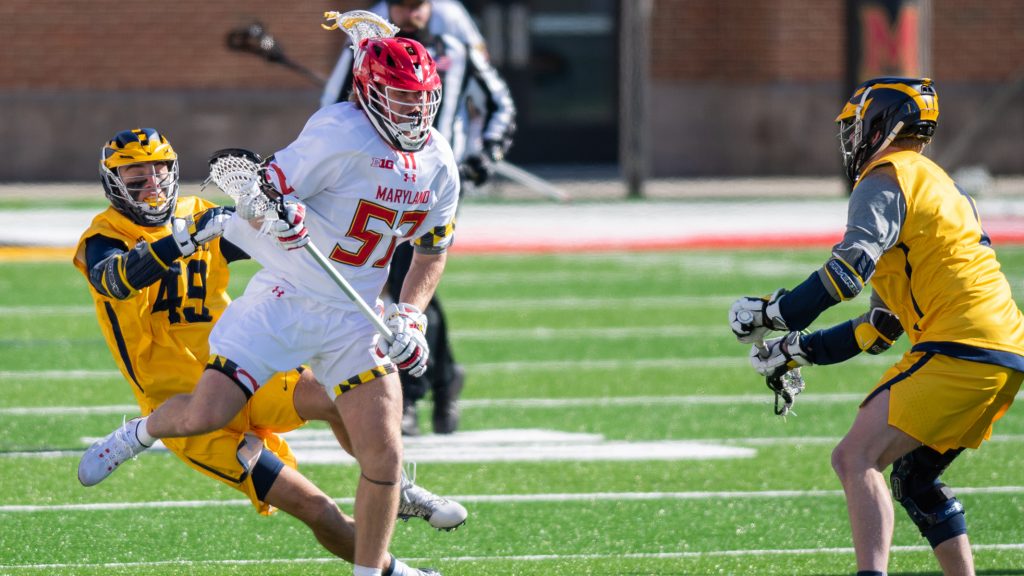 For years, Dave Pietramala was a staple on the sideline for Johns Hopkins men’s lacrosse. In his 20 seasons at the helm of the program, Pietramala won two national championships and a total of 207 games, making him one of the winningest coaches in NCAA Division I lacrosse history.

But when the Maryland-Johns Hopkins rivalry returns to College Park on Saturday, Pietramala won’t be standing opposite Terps coach John Tillman. The longtime Blue Jays skipper mutually agreed to part ways with Johns Hopkins in April 2020 after an uncharacteristic 2-4 start to last year’s shortened season.

Owen Murphy, who had scored the second most points for the Blue Jays in 2020, followed suit, officially leaving the program in early January.

“The name still says Johns Hopkins,” Tillman said. “It’s a league game, so it’s the same meaning it’s always had. The game means a lot … Everybody knows what’s at stake, which is always big.”

Although the opponent will look much different, No. 3 Maryland is preparing for the rivalry game the same as usual.

Johns Hopkins immediately found a replacement for Pietramala in Peter Milliman, who spent the past three seasons as head coach at Cornell. Besides losing a prolific attackman in Murphy, Milliman retained a lot of the Blue Jays who gave the Terps trouble in 2019, when Maryland lost both matchups by a combined 10 goals.

Some familiar foes include attackmen Joey Epstein and Connor DeSimone, who have combined for 17 points in Hopkins’ first two games this season.

“They have a lot of the same faces on offense. Obviously some new ones, but a lot of guys that have been there,” Tillman said. “They’ve been successful against us on the offensive end, so that’s something that has our attention.”

And the Terps’ hiring of Bobby Benson as offensive coordinator in the offseason adds another twist to the rivalry — Benson spent 18 years in the Johns Hopkins program, 14 as a coach and four as a player.

Benson’s entire coaching career was spent working under Pietramala, so when Tillman offered him the vacant offensive coordinator position in January, there wasn’t much to convince him to stay in Baltimore.

Tillman said having Benson on the sideline will be beneficial given his familiarity with some of the players. But Tillman and his staff don’t expect Benson to know everything about Hopkins’ defensive scheme, especially with the Blue Jays under new leadership.

“It’s going to play a role, but we have two completely different identities,” midfielder Logan Wisnauskas said. “You look at us offensively and defensively, we have some new faces. Looking at them, they have new faces too.”

The Terps’ struggles against the Blue Jays two years ago were part of a late-season collapse in which the Terps lost three out of four games. And those memories haven’t completely disappeared from the upperclassmen’s minds just because Hopkins shook up its program.

Maryland’s preparation may look the same as any other rivalry week, but three straight losses to the Blue Jays has veterans like Wisnauskas hungry to bring the rivalry trophy back to College Park.

“We’re out for something,” Wisnauskas said. “Obviously that’s going to be in the back of our heads. It’s a rivalry for a reason. We are playing for the crab trophy, so it’s going to be special whether there’s fans or not.”