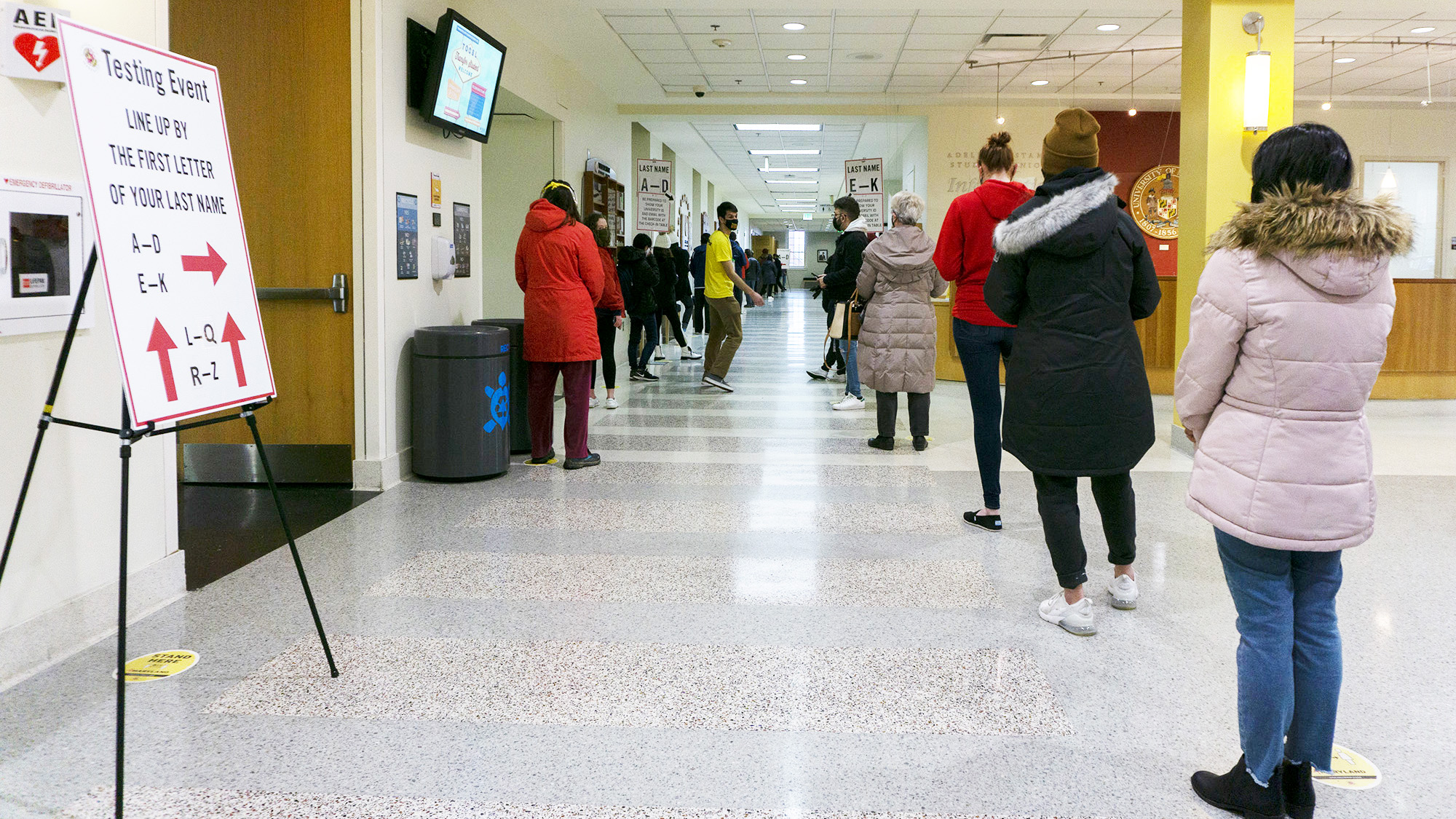 This spring, all University of Maryland students living on or near the campus or taking a class in person must get tested every two weeks — a change from the university’s monthly testing requirement in parts of the fall semester.

About six weeks into the semester, students are adjusting to the new testing protocol. Some say testing is quick and accessible, but others say that signing up can be a hassle.

Patricia Razafindrambinina has found that booking appointments in the health center’s online portal can be unpredictable. The chemistry doctoral student only lives about 15 minutes from the campus but has had to sign up for a test at a local CVS to meet the requirements, she said.

At the beginning of the semester, Razafindrambinina said she got lost in the onslaught of university communications. She only found out about the new testing requirements from an email from the chemistry and biochemistry department, where she works as a research assistant.

“I guess the most frustrating part so far was that the mandatory biweekly testing wasn’t communicated well from the university,” she said.

The university has worked to provide the community with frequent COVID-19 testing and communication about testing requirements, according to a statement provided by a university spokesperson. Appointments will be added as necessary, it read.

Isabella Scopetski, a sophomore English and family science major, echoed Harris’ sentiments. Scopetski is a “4 Maryland” student ambassador, so she’s one of the students who checks people into their appointments and guides them to the right place at the testing center at Stamp Student Union.

“I think it’s going as smoothly as it can right now,” she said.

Sarah Gagné, a junior hearing and speech sciences major, wrote in an email that testing has been “super fast and efficient.” She said she’s been going once a week recently, because there have been some positive cases reported in her dorm.

[UMD classes online, students asked to sequester for a week amid rise in COVID cases]

The university has hired more staff to expand testing this semester, Dr. Spyridon Marinopoulos, health center director, told The Diamondback on Feb. 25. Some of these hires are still going through training at the moment, he said, and they will help out with testing, the HEAL Line and early contact identification.

“There is currently sufficient testing and we are staffing the testing sites,” Marinopoulos said. “If that’s an issue, students can reach out and we will create testing availability for them.”

There’s also a short grace period for those who don’t meet the two-week requirement, he said.

When Julia Hayes was about to be marked as noncompliant with university COVID-19 regulations, she reached out to the health center. The senior computer science major needed a test by Feb. 23 to meet the requirements, but she wasn’t going to be able to get one until March 2. With the help of the health center and the grace period, Hayes didn’t face any consequences. Still, she said she was frustrated that she didn’t know the consequences of being COVID-19 noncompliant.